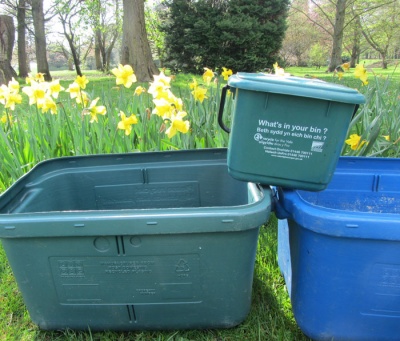 Ten Welsh councils are to receive a total of £5.75 million from the Welsh Government to help implement improvements in recycling services.

The funding, delivered as part of the Welsh Government’s Collaborative Change Programme (CCP), will be shared amongst the local authorities (LAs) and used to invest in equipment such as recycling vehicles, make improvements to collections and depot facilities and help them to improve recycling rates.

Wales already has, by some distance, the highest recycling rate of the countries in the UK – 59 per cent as of December 2015, compared to 44 per cent in England, 43 per cent in Northern Ireland and 41 per cent in Scotland, but governmental targets are pushing Welsh LAs to increase their rates even further.

Councils were required to recycle at least 58 per cent by the end of 2015/16, with targets increasing to 64 per cent in 2019/20 and 70 per cent in 2024/25. Failure to hit these figures could result in fines of £200 for every tonne by which the target was missed. To facilitate improvements in recycling, the CCP provides opportunities for Welsh LAs to apply for funding to help make capital payments.

For this round of funding, the Collaborative Change Programme Assessment and Award Panel approved a total of 12 applications from 10 LAs. These include:

Lesley Griffiths
Welsh Environment Secretary Lesley Griffiths, who took over the role in May, said: “Wales already has the highest municipal recycling rate in the UK and would be in the top four in Europe if it were separately reported. The £5.75 million that I am announcing will help LAs to make even further improvements to their recycling services.

“Our aim is for Wales to have the highest national municipal recycling rate in the world with the ultimate ambition of achieving a ‘carbon neutral Wales by 2020’. This funding will help us ensure further progress is maintained to help us meet these targets.”

More information about the Collaborative Change Programme can be found on the Welsh Government’s website.

Following Wales’s example
By
Gev Eduljee
| 9 October 2015 |
Add a Comment
Gev Eduljee, external affairs director at SUEZ in the UK, reflects on the announcement that Wales has topped 56 per cent recycling, and suggests how England can learn from its neighbour’s achievement

Cleaning up the city: the Bristol Waste Company

In setting up the Bristol Waste Company, Bristol City Council is getting its recycling into ship-shape conditions.