Gev Eduljee, external affairs director at SUEZ in the UK, reflects on the announcement that Wales has topped 56 per cent recycling, and suggests how England can learn from its neighbour’s achievement 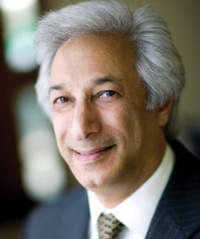 The news that Wales has hit an overall recycling and composting rate of 56 per cent over the 12 months to March 2015 comes as a welcome corrective to the most recent, relatively gloomy, comparative figures for England.

Defra reported this summer that over the rolling 12-month period to the end of December 2014, the English household recycling rate rose just 0.6 per cent to 44.8 per cent. More worryingly, figures released for the last quarter of 2014 – from October to December – show the household recycling rate in England fell by 0.2 percentage points to 42.0 per cent, down year-on-year from the same quarter in 2013. This does not bode well for the eagerly-awaited release of annual figures for England for the financial year to the end of March 2015, the same period where Wales has shown what can be achieved.

For most of the noughties, household recycling rates in England improved rapidly year-on-year, and until 2011/12 were on a projectile to reach the key 50 per cent target on time. Annual rates of improvement have since slowed to at best decimal digit growth. While it may well be easier to coordinate waste collection and recycling across 22 local authorities in Wales as opposed to over 400 in England, the fact remains that the evolving policy landscape underlying both Wales’s and Scotland’s waste management scene is more supportive of sustained higher levels of recycling. What are some of these success factors from which England can learn?

Firstly, both devolved administrations recognise the benefits of a more harmonised waste collection system. This process has started in Scotland with the drafting of a voluntary agreement between local authorities; we understand England is contemplating a similar initiative. Wales has a more prescriptive collection regime that has a similar effect.

Secondly, both devolved administrations have not only retained the household waste recycling targets that England scrapped in 2011, but have extended them to 2025, giving local authorities a sensible time horizon over which to plan their services and asset requirements.

Finally, the mandatory separate collection of food waste helps reduce contamination levels in dry recyclates, whether separately collected or in co-mingled form. In turn, this reduces reject rates and increases the overall efficiency of recycling.

With these factors in mind, we recommend the introduction of mandatory separate food waste collections once a week across all local authorities and the collection of residual ‘black bag’ fortnightly. Taken together, these measures could add six per cent to individual local authority recycling rates.

Given current variable rates across the country, this does not mean that every local authority will hit individually the 50 per cent mark but it is vital that the more heavily populated areas in the South East and big cities – London, Manchester and Birmingham – achieve that extra six per cent which will most quickly propel the average performance of the whole country. The average recycling rate across London’s 33 boroughs for the year to end March 2014 stood at around 34 per cent, a decline on 2012/13 back to where they were in 2010/11, despite some individual improvements in some authorities.

We also recommend pay-as-you-throw schemes, stronger communications programmes, and allowing certain uses of incinerator bottom ash to count as recycling, on the basis that they could contribute to England’s overall recycling performance. Any one of these measures can add appreciably to England’s performance. Taken all together, we could raise our recycling rate by at least 12 percentage points.

It is now time for some strategic top-down vision and leadership from central government in England to ensure a coordinated approach that suits individual local authorities’ needs but ensures, as in Wales, that England can as one make progress for the sake of the whole of the UK. Making separate weekly food collections mandatory for all local authorities would be a good start. With Defra due to report financial year-end 2014/15 figures for England shortly, there’s some food for thought.