ZWE warns against the use of carbon capture and storage technology

Zero Waste Europe (ZWE) and Only Solutions LLP have published a report summarising how Carbon Capture and Storage (CCS) acts as a ‘distraction’, rather than a solution, to a circular economy.

The report explores the impact of waste incineration on the climate and the ways in which the promotion of CCS technology reinforces these practices. The overarching message of the paper, in line with the majority of those arguing against the burning of refuse, such as the United Kingdom Without Incineration Network (UKWIN), is that the combustion of material that could otherwise be reused or recycled is at odds with the principles of the circular economy that Europe is attempting to shift towards. 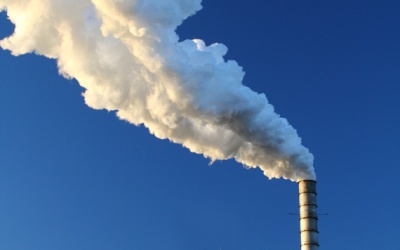 The issue of incineration is contentious and heavily debated. There are concerns surrounding emissions, which the report focuses on, with numerous papers having been published recently that urge the reduction of incineration capacity in order to assuage the release of greenhouse gases (GHGs) – one example is a report from XR Zero Waste, which suggests that the UK would have to halve incineration emissions by 2035 in order to meet net-zero targets.

Similarly, research from UKWIN suggests that there is a disparity between the proposed performance of incinerators in the planning stage and their actual performance in practice, from increased carbon emissions to levels of electricity generation that fall short of those promised.

The ZWE report considers these arguments against incineration in tandem with the planned expansion of several CCS projects across the continent through the Innovation Fund. The body warns of the potential conflict between the proposed investment and EU circularity policies, such as the commitment to reduce residual waste generation by half by 2030.

The report states that incinerators release approximately one tonne of carbon dioxide for every tonne of waste burnt, on average. It warns that investing in CCS for municipal waste incinerators (MWIs) would only perpetuate the burning of waste, and in turn the emission of GHGs, by exacerbating the lock-in effect on these facilities. This refers to the obligation placed on local authorities to commit to running incinerators at capacity in the long term, due to signing lengthy contracts. Often this can result in local authorities sending recyclables to incineration, so as to avoid incurring financial penalties from their contractors.

The report asserts that, rather than investing in CCS technology and sending refuse to incineration, the progression towards a more circular economy lies in waste prevention. Products should be designed for reuse, with an extended life span, through repairing and recycling, ensuring they are neither landfilled nor incinerated.

ZWE stresses that the diversion of waste away from material incineration would deliver lower carbon outcomes, cautioning that this incineration exit strategy – of reducing material, particularly plastic, input – is incompatible with the significant investment in CCS technology for MWIs.

Janek Vӓhk, Climate, Energy and Air Pollution Coordinator, commented: “EU Innovation Funds should focus on innovative zero waste business models to cut down on residual waste and climate emissions instead of supporting projects that could further exacerbate the lock-in effect of incinerators and the generation of waste”.

Report author, Shlomo Dowen, said: "Investment in carbon capture for incinerators makes no sense when what is needed for the climate is to phase out the use of incinerators as soon as possible. I hope this report triggers a much-needed discussion across the UK about how best to transition away from residual waste and towards a circular economy that is better for the climate."

Is biostabilisation the solution for Scotland’s Municipal Waste Landfill Ban?

What do EU plastic and packaging reforms mean for the industry?