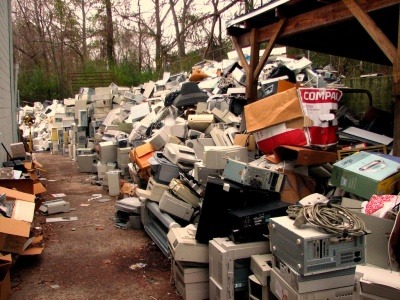 E-waste is mounting up in Thailand and other Southeast Asian countries
Image: Flickr / Curtis Palmer / cc-by-2.0
Thailand has introduced a temporary prohibition on plastic and e-waste imports in response to fears that the Southeast Asian country is becoming a ‘dumping ground’ for the world's electronic waste in the wake of China’s solid waste import ban.

A United Nations report in 2013 referred to China as the ‘largest e-waste dumping site in the world’, with the country receiving waste from Europe, the US and neighbouring Asian countries – about 70 per cent of all e-waste generated globally. However, the amount of waste electrical and electronic waste (WEEE) being accepted by China has dropped since this year’s bans came into force.

The raft of stricter import measures, including a complete ban on 24 grades of solid waste and a contamination limit of 0.5 per cent on all imports, came as part of the Chinese Government’s ‘Blue Sky 2018’ crackdown down on poor-quality foreign waste, which followed 2017’s ‘National Sword' campaign. As a result, countries have been racing to find alternative destinations for their waste, with plastics from the UK heading to Vietnam, Turkey and Malaysia: exports to the latter have tripled over the first four months of 2018, according to the latest figures from HM Revenue and Customs (HMRC).

This diversion of significant tonnages of waste materials has had a detrimental impact on the countries hosting these alternative markets. Thailand has imported 37,000 tonnes of e-waste so far in 2018, as well as 120,000 tonnes of plastic waste. The Guardian visited an illegally-operating factory in Samut Prakan, south of Bangkok, which was accepting vast amounts of WEEE from abroad, causing nearby residents to worry about dangerous chemicals leaching into the environment. The recycling process for e-waste can be hazardous; once mined for valuable metals the plastics components are often incinerated, releasing polluting gases.

Wirachai Songmetta, Thailand’s deputy police chief, told the Guardian: “These factories have been polluting the environment because of all the heavy metals in the e-waste like lead and copper, which can poison the soil and the water. They also burn the plastic, which brings toxic fumes into the air. So it is very dangerous for the Thai people living near these factories.

“We already have too much electronic waste here in Thailand. It is not our burden to bring this pollution from the rest of the world to the next generation of Thai people.”

Read more: How the UK recycling industry has been preparing for the China waste ban

Now, Thailand is starting to follow China’s example, introducing stricter measures against the import of WEEE and plastics. On 25 June, the Department of Industrial Works (DIW) issued a temporary prohibition on further imports, forcing Thai ports to turn away multiple containers of waste every day. The DIW is seeking an indefinite ban in the future – as well as announcing inspections of 2,240 recycling factories across Thailand to root out illegal operators.

The Basel Action Network (BAN), an organisation campaigning for the end of hazardous waste exports, has warned that other South and Southeast Asian countries could face a ‘tidal wave’ of waste if they don’t follow suit with import bans of their own. 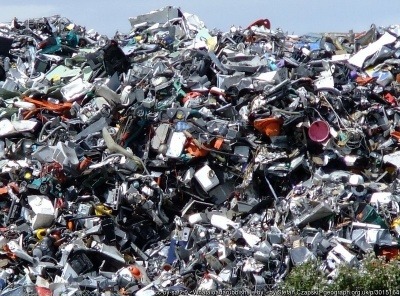 Landfill and incineration of WEEE can leach dangerous pollutants into the environment
BAN is calling for an amendment to the 1989 United Nations Basel Convention, which restricts the trade of hazardous waste from more developed to less developed countries. The proposed amendment covers both e-waste and end-of-life ships and would make it illegal to export any such waste from developed to developing countries for any reason. While Malaysia, Sri Lanka, Indonesia and China have all ratified the amendment, Thailand, India, Vietnam and a number of other countries all facing an influx of hazardous e-waste have yet to do so.

BAN has been tracking the flow of e-waste from Europe, Canada and the US and revealed that 40 per cent of all ‘recycled’ e-waste is exported on a ‘path of least legal resistance’ to the countries with lax import laws. "The developed countries have been dumping their wastes for years on China and finally China has made the calculus that the short-term economic gains from waste trade are far outweighed by the long-term negative environmental and health impacts," said Jim Puckett, BAN’s Director.

"Every country in the Asian region should ratify the Ban Amendment and implement the ban into national law as a matter of urgency. This action will not only protect their own countries from the unsustainable waste trade tsunami, but will help the entire world as well, as it will ensure that the amendment enters into the force of international law."

At Resourcing the Future 2018, a two-day conference on the future of waste and resource policy, there were calls for the UK to focus on developing domestic markets for waste in the face of ever more restricted export markets. Mike Jefferson, Director of Verde Research and Consulting, told the room that the outlook for waste exports was “more a list of questions than predictions” but that improving quality of recyclate was necessary to “position the UK to compete in a global market”.

Recycling charity WasteAid is set to establish a new recycling centre in Kenya after being awarded a grant from UK Aid Direct, the government fund for projects working towards poverty reduction.

With three billion people in the world lacking access to decent waste management services, WasteAid UK is sharing skills so communities can tackle the waste crisis themselves.