The system must change: An interview with Anna McMorrin

MP since 2017, Anna McMorrin joined Parliament with a drive to tackle the UK’s environmental issues, hitting out against single-use plastic waste and tabling a bill on extended producer responsibility for packaging. Resource finds out more 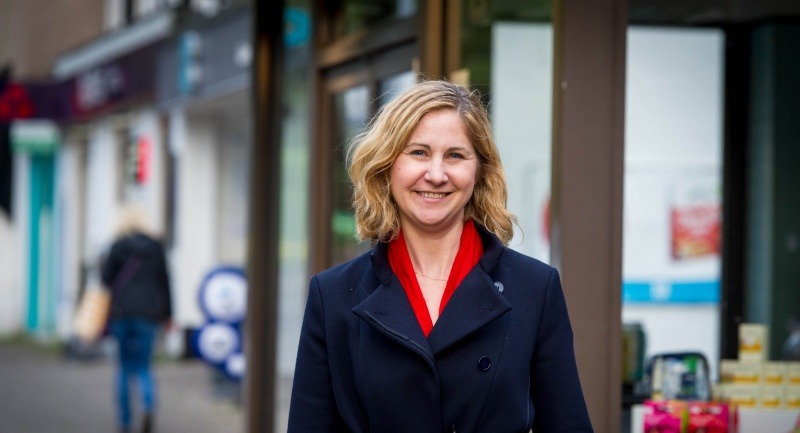 The halls of Parliament are awash with the talk of waste like never before. The management of resources at the end-of-life stage has been placed front and centre in policy discussions, with the government releasing and consulting on its Resources and Waste Strategy and the Environmental Audit Committee (EAC) carrying out inquiries into various environmental issues, ranging from the sustainability of the fashion industry to disposable coffee cups.

One MP who has really got their teeth into the resources and waste challenge is Anna McMorrin, Labour MP for Cardiff North. Since entering the House of Commons following the 2017 general election, she has taken a seat on the EAC and tabled a backbench bill on extended producer responsibility (EPR) for packaging, calling on producers to cover 100 per cent of the costs associated with dealing with waste packaging.

McMorrin’s activities since entering Parliament may not come as much of a surprise, given her upbringing and time as a campaigner for Friends of the Earth. “All my adult life, I’ve been aware of the issues. I’ve always been a keen environmentalist,” she says. “My father spent nearly three years in the Antarctic with the British Antarctic Survey before I was born. I think that really shaped him and in turn he passed that on to me in terms of really feeling a responsibility for the planet we live on.”

Her environmental credentials were established during her time working for Friends of the Earth Cymru in her native Wales, where she was involved in the Big Ask campaign, calling for the Welsh Government to commit to a three per cent year-on-year cut in emissions. The success of this project saw her brought into the Welsh Government as a special advisor, working with then Environment Minister Jane Davidson.

It’s this wider understanding of the need for systemic change that has driven McMorrin’s cause célèbre, her Packaging (Extended Producer Responsibility) Bill, which had its first reading in Parliament in June last year. The bill calls for packaging producers to be responsible for 100 per cent of the costs of collecting, transporting, recycling and responsibly disposing of packaging products that they produce at their end of life.

The bill is based on the ‘polluter pays’ principle and is largely in line with the ‘full net cost recovery’ EPR system option proposed in the government’s consultation on EPR. “[Then Environment Secretary] Michael Gove actually said he’d listened to my bill and put that in, which I was very pleased about,” says McMorrin.

The MP isn’t shy about taking aim at the Packaging Recovery Note (PRN) and Packaging Export Recovery Note (PERN) system, which currently governs compliance with producer responsibility obligations for packaging. PRNs/PERNs are generated when a tonne of packaging is reprocessed or exported and can then be purchased by producers as proof of compliance. The market for PRNs has experienced severe volatility in recent months, with plastic PRN prices reaching as high as £450 a tonne in July, providing an unstable investment environment and provoking fears that packaging recycling targets would be missed for 2019 due to an insufficient supply of PRNs to provide proof of recycling.

“The system is not fit for purpose at all,” asserts McMorrin. “It’s completely broken and we don’t know what is happening to the recycling. The system is far from fair and places the burden of waste on local authorities.”

There is a dual issue here that McMorrin identifies: exported waste packaging is noted as being recycled and contributing to the UK’s packaging recycling rate, despite much of it not ending up being recycled, while the current system sees producers contribute about 10 per cent of the costs of managing waste packaging, with councils left to foot the rest of the bill.

Acknowledging this pressure, McMorrin envisions a “system that sees local authorities reimbursed for the costs associated with disposing and recycling of packaging”. How does she see that happening? Her bill calls for a transparent, arms-length Producer Responsibility Organisation that would manage compliance and compliance fees paid by producers and move that money to local authorities to support the costs of collection, as well as investment in recycling infrastructure. “If an EPR system has transparency at its core, it’s clear then where fees collected from producers and retailers are being spent. They need to then be put back into the recycling and reprocessing infrastructures, but also a communications program to make sure that it works properly.”

Greater contribution to the costs of recycling by producers on the ‘polluter pays’ principle is long overdue, but raises another question. If producers are covering the full costs of the management of waste packaging, as McMorrin’s bill proposes, should they have a say in how that material is collected? With producers likely to be required to include a minimum 30 per cent recycled content in their packaging under the government’s proposed Plastics Tax, ensuring a clean and reliable source of recyclate will be of paramount concern for producers. McMorrin is sure where that decision should lie: “That would be up to local authorities, but local authorities should be supported to improve the consistency of material collected so that it makes it for recycling. You also leave it up to the markets to develop those systems. That means producers producing more innovative materials that can be recycled and be collected and get back to them.”

Consistency of recycling collections, to improve the quality of material collected, are at the heart of government proposals in the Resources and Waste Strategy. Also part of those proposals is improved labelling on packaging to reduce consumer confusion over what can and cannot be recycled, something McMorrin is very supportive of: ”I think it’s incredibly important that part of this drive needs to be about communication, and understanding what you do with each piece of packaging that you have in your home. Labelling is an absolutely essential part of that.” 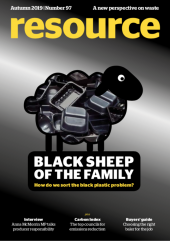 This article was taken from Issue 97

While details certainly need to be fleshed out on how compliance fees reach local authorities, and producers will want to be reassured that funding provided to local authorities is ring-fenced for spending on recycling and not used to shore up budgetary holes in other local authority departments, McMorrin affirms that the majority of producers she has spoken to – including the Coca-Colas and Unilevers of this world – “absolutely want this to happen”.

The bill is currently awaiting its second reading in the House of Commons and McMorrin hopes that it will be taken into account as part of the continued work on the Resources and Waste Strategy, when the new government gets round to it – or indeed in the event of a Labour government coming to power at an early election, with the party apparently “very supportive” of McMorrin’s proposals.

Her passion on the subject of plastic packaging and reducing single-use plastic is apparent; she has led several grassroots campaigns against plastic in Wales and channels the frustration of residents on the matter, evoking “the annoyance about how, as a consumer, you go anywhere and it’s very difficult not to use single-use plastic”. She cites this consumer frustration as a reason to believe that producers will come on board with EPR proposals, as they can “see that their shoppers aren’t going to put up with this and will turn away from them in their droves”.

Whether or not the EPR bill achieves its aim, passing into legislation in its own right or as part of legislation initiated by the government, the motivation behind it marks McMorrin out as a politician with a greater grasp of the waste and recycling world than the industry has come to expect. For a relatively new MP to take up the cause must provide relief to those that want to see effective change – McMorrin will be one to watch.