Trade union GMB says that a bin strike in Ealing is expected, with workers set for a consultative ballot on strike action. 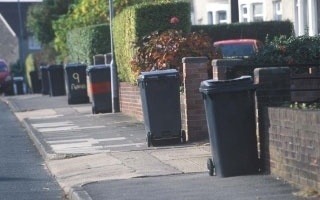 Staff at Ealing Council’s trading company, Greener Ealing Ltd (GEL) are unhappy with a two per cent pay offer from their employer. GMB says this offer only ‘amounts to a massive real terms pay cut’ to workers in the London borough, adding that its GEL members should have received a pay increase in April.

Dates for the ballot will be announced in the coming days. The union warns that, if the near-150 workers indicate they are ready to strike, a formal industrial action ballot will follow.

In Scotland, council work strikes – due to go ahead this week – have been suspended after  local authority leaders COSLA offered a new ‘credible’ pay offer. This offer could allow workers to receive a five to 10 per cent pay increase.

Previous strike success in Wealden left some workers with a significant pay rise from their employer Biffa, with GMB union members subsequently ending a month-long refuse strike. The total value of the settlement was between 24 and 27 per cent, depending on the workers’ jobs.

“GMB members and their families should not be the collateral damage in the failure of Ealing Council and GEL to come to a satisfactory arrangement. Any industrial dispute and disruption to services will be down to Greener Ealing Ltd and Ealing Council, as they have had seven months to resolve this situation.

“Employees cannot be expected to put up with such inept management. GMB London calls on both Greener Ealing Ltd and Ealing Council to work together and formulate a decent pay offer for employees recognising the hard work of employees who are struggling to maintain services to residents.”

ZWE: Mechanical recycling of plastic packaging should be prioritised over pyrolysis