Just under £500,000 in government funding will be awarded to community projects tackling litter in the UK in new and interesting ways, Environment Minister Thérèse Coffey has announced today (26 August). 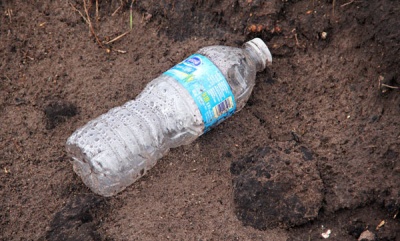 Created as part of the government’s Litter Strategy for England, which was launched in April, the Litter Innovation Fund will support the development of innovative approaches to tackling litter, from behavioural research to digital technology.

Some £778 million was spent cleaning English streets in 2015/16, according to the Department for Communities and Local Government (DCLG), which is co-funding the programme with the Department for Environment, Food & Rural Affairs (Defra).

Much of this is avoidable litter, and so to stop unnecessary waste filling our streets and diverting public money from other community uses, the £450,000 fund is seeking to enable local authorities, community groups, charities, and small and medium-sized enterprises to create innovative solutions.

From today until 17 November, groups can apply for a maximum of £10,000 per project. Defra says that funding could be used for things like apps and smart bins that text alerts to collectors when they are full.

The fund will be administered by WRAP and all projects will be evaluated to assess their effectiveness, with the most successful potentially being rolled out more widely.

In addition, some £45,000 of the fund will be exclusively dedicated to projects designed to address marine littering and help prevent the amount of plastic entering our oceans.

The Litter Strategy for England was published in April after a year and a half in development. It outlined how the government aims to reduce the amount of litter on England’s streets and in its natural environment between now and 2020.

Among the actions included in the strategy were the creation of new guidance for councils on updating the nation’s ‘binfrastructure’, working to address litter hotspots and stopping councils from charging residents for disposal of DIY materials at household waste recycling centres.

A consultation on enforcement measures was also opened in April, and the results of that will also be published this weekend.

Comenting on the new fund, Resources Minister Thérèse Coffey, said: “Tackling the litter that blights streets across our country is an important part of our drive to be the first generation to leave our environment in a better state than we found it. I pay tribute to those who help clear up our pavements and verges.

“The Litter Innovation Fund offers a great opportunity for the most creative solutions to littering to receive funding and for us all to learn new ways of how to stop littering happening. 10 per cent of the fund is entirely dedicated to preventing marine litter, a growing problem with global consequences for our precious marine environment.

“I encourage groups to get involved and showcase the wealth of options there are out there to tackle littering. Let's help people make the right choices.”

A national anti-littering campaign involving the retail and waste industry and voluntary sector is also planned for next year to help drive behaviour change.

National anti-litter charity Keep Britain Tidy welcomed the strategy’s focus on education as a key part of establishing behaviour change and Chief Executive Alison Ogden-Newton said today that finding new approaches to address the public is the only way that big litter changes are going to be made.

“Innovation is vital if we are to change the behaviour of the minority of people who still think it is okay to drop their rubbish on the ground for someone else to pick up,” she said. “Keep Britain Tidy’s Centre for Social Innovation was created to develop and test new approaches to behaviour change and we are delighted to see the government has recognised the importance of innovation to tackle the blight of littering in our country.”

The Local Government Association’s (LGA) Environment Spokesperson, Cllr Martin Tett, has also welcomed the fund, saying: “This new money will be a boost to councils who are trying to find new and innovative ways of tackling litter in their local area. We look forward to seeing further details on this.

“Litter and fly-tipping costs council taxpayers around £1 billion a year. We would now urge government to build further on this encouraging step and hand councils the powers they need to rid communities of litter.

“This includes enacting rules to allow councils to fine the owners of vehicles who litter when driving. Currently, the law states that councils have to prove who in the vehicle has thrown the litter out the window, which is an impossible task.”

Removal of HWRC charges among government’s litter strategy proposals
By
Rob Cole
| 10 April 2017 |
Add a Comment
Litterers could be fined up to £150 and councils stopped from charging householders for disposing DIY household waste at recycling centres as part of the government’s new and long-anticipated litter strategy for England.

Well-received Litter Strategy ‘misses opportunity’ on EPR
By
Edward Perchard
| 10 April 2017 |
Add a Comment
The government’s new Litter Strategy for England has been widely well-received, though some concerns about funding, the role of EPR and implications on waste management have been voiced.

The waste management company has reminded fans to consider their environmental impact ahead of the Euro 2020 finals this weekend, following a rise in litter

The app was designed by unwaste.io and will be used across Africa and the UK to log data from plastic clean ups