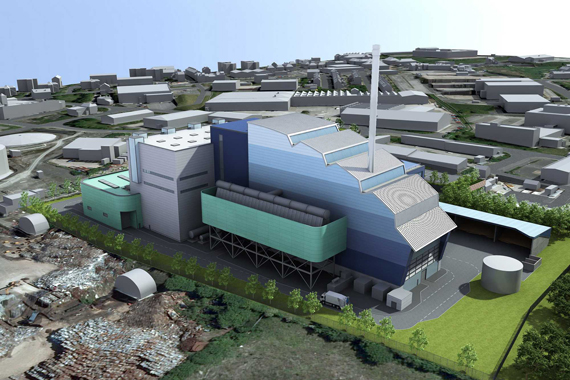 Bradford and Calderdale councils have reached an out-of-court settlement with government over its decision to withdraw financial support for their waste management project.

The City of Bradford Metropolitan District Council announced today (24 January) that neither it nor Calerdale Council will continue with the court case that was brought against the Department for Environment, Food and Rural Affairs (Defra) following the sudden withdrawal of £62.1 million of private finance initiative (PFI) credits from their waste management project.

The case had originally been brought to court after the councils failed to secure a negotiated settlement with the government department, but has now been settled as it was found the cost of legal action could outweigh the ‘potential benefit’ that might arise from winning the case.

This follows a similar conclusion reached by North Yorkshire County Council and York City Council, which recently dropped their own legal case against Defra after concluding that the judicial review was ‘not in the public interest’.

In the review application, Bradford and Calerdale councils claimed the credits were withdrawn ‘without any consultation or prior notice’ from Defra and argued that if they had been notified of the department’s intention to remove the credits (a review for which was held in November 2012), they could have saved £2.7 million in costs.

The project itself, a planned incinerator to be built by Pennine Resource Recovery (PRR) in Bowling Back Lane, Bradford, was expected to treat 193,000 tonnes of waste every year. The councils state that the incinerator would have diverted ‘most’ of Bradford and Calderdale’s waste from landfill, generating enough electricity to power 20,000 homes in the process.

Although the option of continuing the project without Defra funding was considered, it was decided that such an option would either be too expensive or would ‘expose both councils to an unacceptable financial risk’.

Bradford and Calerdale had therefore taken the decision to apply to High Court for a judicial review into the matter to settle four key issues:

It has now been revealed that Defra and the councils have reached a settlement (of an undisclosed amount).

‘Reviewing alternative options for the future’

Speaking today, Councillor Andrew Thornton, Bradford Council’s Executive Member for Environment and Sport, said: "We took legal action because we felt that Defra should be held to account for a decision that has cost our tax payers millions of pounds.

"We had a strong case in seeking the judicial review and felt that it was important to expose the full extent of Defra's secret review of waste management projects. However, the council has to balance the cost of legal action against the potential benefit that might arise and we have therefore agreed to settle the case out of court."

Thornton said the council will now "need to consider how it is going to secure a long-term sustainable solution for the district's waste", and is "determined that any alternative method of managing waste [it chooses] to adopt will be as cost-effective and environmentally-friendly as possible".

Councillor Barry Collins, Calderdale Council’s Cabinet Member for Economy and Environment, added: "Withdrawal of government support has terminated a project that promised reliable recycling of waste, green energy generation and local employment. As a council, we will now review our alternative options for the future."