New measures have been announced today (23 October) by the Welsh Environment Minister, Hannah Blythyn, to further improve the high recycling rates in Wales.

As the first UK nation to bring in the five pence charge for single-use plastic bags in 2011, stimulating a 71 per cent drop in the number of bags purchased in Wales between 2011 and 2015, the country already has a global reputation for successfully pursuing a green agenda.

Yet Blythyn wants to push this agenda even further, with the announcement of more than £50 million in capital funding to support changes to Welsh recycling services and provide new recycling infrastructure. 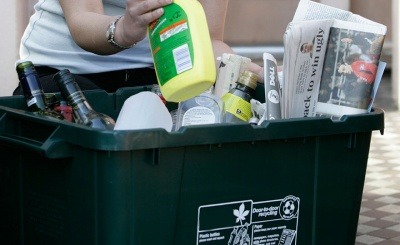 £500,000 will go towards a new behavioural change campaign, attempting to raise public awareness of what households should recycle, in partnership with local authorities and WRAP (the Waste and Resources Action Programme). This comes after recent research from WRAP revealed that half of the household waste placed into black general waste bins in Wales could actually be recycled.

The Minister has also promised not to cut local authority recycling grants in order to fund other council services, and has instead committed a further £15.5 million to improve collections in the Vale of Glamorgan, Pembrokeshire and Denbighshire. This commitment will be welcomed by councils after the most recent government figures, released last week, show that recycling rates have fallen in 17 Welsh local authorities after years of steady increases.

New statutory guidance for local authorities is also in the pipeline, as are regulations which will require businesses to separate their waste as households do.

The Welsh Government will consult with the UK Government on a deposit return scheme (DRS) before Christmas, as well as on reform to the extended producer responsibility system, while representatives from both governments are already in discussion on possible taxation measures that could reduce plastic waste, such as a tax on single-use plastics.

With Wales’ municipal recycling rate at 63 per cent, it already exceeds the national target for this period of 58 per cent. This makes it first for household recycling in the UK, second in Europe and third in the world, closely following behind Germany and Taiwan.

Blythyn said: “Recycling is a Welsh success story and something we should be proud of. People in Wales have embraced the need to recycle and the Welsh Government and our partners have supported this through innovative policies, financials support and education campaigns.” 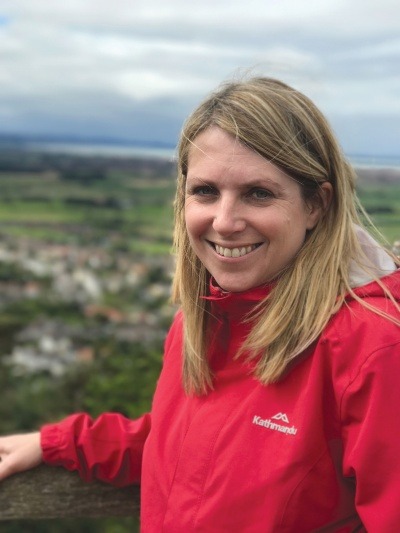 Hannah Blythyn, Environment Minister, explained her motivation for improving the Welsh recycling scene: "it has to be about leaving a legacy of healthy communities, a healthy environment and a healthy economy for future generations."

Earlier this year, it was confirmed that the Welsh Government will be considering an 80 per cent municipal waste recycling target as part of its overarching waste strategy, ‘Towards Zero Waste’. It is hoped that this target could be achieved if all the recyclable waste currently thrown away into black bins was sorted correctly and subsequently recycled.

“But we want to do more,” Blythyn continued. “Improving recycling rates again will require further support and more concerted and intensive interventions. That is why I am today announcing new measures to build on our success to date. Over the next three years we are providing more than £50m of capital to provide new infrastructure and ultimately help realise our ambition. We’re also working with local government to increase their ability to recycle items like mattresses, nappies, wood and textiles.

“Wales leads the way on recycling in the UK, but we are not complacent. We want to continue working with our partners, and the people of Wales, to go from first in the United Kingdom to first in the world.”

From household waste to marine litter

Keep Wales Tidy will be leading the research, accompanied by the Marine Conservation Society and environmental consultants Eunomia.

Blythyn said: “The need to tackle marine litter, especially plastic, has become part of our collective consciousness through documentaries such as BBC’s Blue Planet. I’m happy to support this project, which will help coordinate our efforts in Wales and contribute towards finding solutions to the growing threat litter poses to aquatic life.”

UN declares war on marine plastic pollution
By
Edward Perchard
| 24 February 2017 |
Add a Comment
The United Nations has launched a global campaign, #CleanSeas, to eliminate the major sources of marine litter by 2022, calling on governments, industry and consumers to take action.

Maintaining momentum: Interview with Hannah Blythyn
By
Resource
| 18 September 2018 |
Add a Comment
With Wales being recognised worldwide for its strong record on waste and recycling, Resource caught up with Environment Minister Hannah Blythyn to find out more about her goal to get Wales to the top.

Anglesey leads the way for Welsh recycling at 72 per cent
By Resource |
17 October 2018 |
Add a Comment
Isle of Anglesey Council has reached a recycling rate of 72 per cent, the highest in Wales, while the country as a whole reported a decrease in recycling for the first time, according to new data released today (17 October).

Recycling: Who really leads the world?
By Resource |
13 March 2017 |
Add a Comment
EXCLUSIVE: Resource and Eunomia Research & Consulting team up to examine how recycling rates are calculated around the world, and determine who’s actually recycling the most.

Autumn Statement: Plastics tax to be introduced from April 2022

A tax will be placed on the manufacture and import of plastic packaging containing less than 30 per cent recycled plastic, the Treasury’s Autumn Statement has revealed, though a coffee cup levy will not be introduced.

Plans to include fuels made from non-renewable materials in the EU’s renewable energy plans could undermine recycling progress, according to a new policy briefing by Zero Waste Europe, Bellona Europe and Rethink Plastic.