The technology has been developed in partnership with the Fraunhofer Institute for Process Engineering and Packaging IVV in Germany. The process, known as CreaSolv, was inspired by a method used to recycle old television sets, whereby brominated flame-retardants were separated from WEEE polymers. Through this method, plastic is recovered from the sachet and reused in the manufacture of new sachets.

Unilever says that it will make the technology open source so that other members of the industry can help to scale up its use.

Sachet packaging is one kind of plastic packaging that would benefit greatly from a recycling strategy and circular vision. While economically beneficial, enabling lower income families in developing markets to buy small amounts of products they need, instead of paying more for unnecessary larger quantities, it is problematic when it comes to waste.

Typically made up of a laminated film of plastic and aluminium, sachets will often be improperly disposed of, with many countries lacking the infrastructure for recycling them. In addition, there has been no economic incentive to collect waste sachets, whereas larger plastic packaging can often be collected and returned for cash, resulting in billions of sachets being thrown away each year, either ending up in landfill or as litter.

However, through the CreaSolv process, researchers were able to recover, using the same amount of energy, six times the amount of plastic produced from new materials. Unilever plans to open a pilot plant in Indonesia later this year to test the long-term commercial viability of the technology. Indonesia currently produces around 64 million tonnes of sachets every year, with 1.3 million tonnes ending up in the ocean.

The company also says that it hopes to create a sustainable system change by setting up waste collection schemes to channel the sachets to be recycled. It is testing this by working with local waste banks, governments and retailers and is trying to empower waste pickers, integrate them into the mainstream economy and to provide a potential long term income, generating wider growth in the economy.

Commenting on the launch, David Blanchard, Chief Research and Development Officer at Unilever, said: “Billions of sachets are used once and just thrown away, all over the world, ending up in landfill or in our waterways and oceans. At the start of this year we made a commitment to help solve this problem, developing new recycling technologies.

“There is a clear economic case for delivering this. We know that globally $80-120 billion is lost to the economy through failing to properly recycle plastics each year. Finding a solution represents a huge opportunity.  We believe that our commitment to making 100 per cent of our packaging recyclable, reusable or compostable will support the long-term growth of our business.”

The announcement follows the company’s commitment to ensure 100 per cent of its plastic packaging is fully reusable, recyclable or compostable by 2025. Unilever is working with the Ellen MacArthur Foundation’s New Plastics Economy initiative to rethink the future of plastics, with particular regard to packaging, and build momentum towards a more circular economy.

A vision is needed

The report asserted that by applying circular economy principles to global plastic packaging flows could ‘transform’ the plastics economy and ‘drastically reduce negative externalities’ such as leakage into oceans. 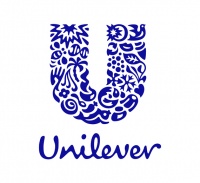 Unilever, whose brands include Dove, Hellmann’s and Persil, plans to open a pilot facility in Indonesia later this year, testing the long-term commercial viability of the CreaSolv® process. It is working alongside waste banks, government authorities and retailers to develop waste collection schemes and supporting the mainstream employment of waste pickers.

Dr. Andreas Mäurer, Department Head of Plastic Recycling at the Fraunhofer IVV, added: “By this innovative pilot-plant we can realise for the first time the recycling of high-valuable polymers from dirty post-consumer multilayer sachets. Our aim is to proof both: economic profitability and environmental benefits of CreaSolv Process."

Unilever has been making moves towards improving sustainability within the company in the last few years, including tackling the issue of sachet packaging waste, with mixed success.

In 2013, as part of its Sustainable Living Plan, the company announced its commitment to developing and implementing sustainable business models for handling sachet waste, exploring using pyrolysis to turn the sachet material into fuel, recovering up to 60 per cent of its energy. However, the process was never scaled and there have been no recent mentions of it by the company.

Despite this, Unilever has made some progress in its sustainability efforts, entering into a partnership with renewable energy company GENeco this January, using biomethane to power five of its UK and Ireland business sites, while also recently signing up to the How2Recycle label programme to educate consumers on how to recycle correctly.

Unilever partners with GENeco to power UK sites with biomethane
By
Rob Cole
| 19 January 2017 |
Add a Comment
Unilever is to use biomethane supplied by GENeco to power five of its sites in the UK and Ireland as it moves towards a carbon positive future.

The HERU (Home Energy Resource Unit), a new domestic waste disposal appliance found to be less impactful in terms of CO2 emissions than more traditional waste collection methods by environmental consultants Ricardo Energy and Environment, has gone out for technical trials this month.

Researchers at Lancaster University have developed a new technique for converting coffee grounds into biofuels, drastically reducing the time and energy needed in the process.

Can you recycle bike tyres and inner tubes?

Though cycling is seen as the ideal form of green transport, millions of bike tyres and inner tubes are thrown away every year in the UK. Is it possible to dispose of these items in an environmentally friendly way?