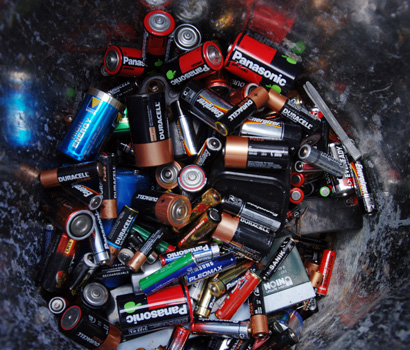 The Department for Environment, Food & Rural Affairs (Defra) has today (26 January) opened a consultation on amendments to the Government Guidance on the Waste Batteries and Accumulators Regulations 2009 to clarify the definition of what constitutes a ‘portable battery’.

The Batteries Regulations were introduced in 2009 to implement the EU Batteries Directive, which requires battery producers to finance the collection, treatment and recycling of a proportion of the batteries they place on the market. Though the UK met the regulations’ initial target of recycling 25 per cent of portable batteries by 2012, it did so through an overreliance on heavy lead-acid batteries, which some contend should be classed as ‘industrial’, rather than ‘portable’. Moreover, while lead-acid batteries accounted for only eight per cent of those placed on the market, they accounted for 83 per cent of the total recycled.

Through the proposed amendment, government is aiming to provide a clearer framework to help interpret whether a battery ‘can be hand-carried by an average person without difficulty’ and thus classed as ‘portable’. At the moment, there is a substantial ‘grey area’, with anything weighing less than four kilogrammes (kg) definitely classed as portable, and batteries between 4-10 kg able to be classed as portable according to the collector’s judgement.

Indeed, the government explains: ‘The published UK summary data shows that portable battery producer obligations are increasingly being met using lead-acid evidence, predominantly from collections of mixed category lead-acid batteries. In 2012, the proportion of members obligation met by lead-acid evidence was 83 per cent, whereas the proportion of lead-acid batteries being placed on the UK market was eight per cent. As a result, the tonnage of portable lead acid batteries collected for recycling greatly exceeds the declared tonnage being placed on the UK market. In 2013, the UK collected around 470 per cent of the tonnage of portable lead acid batteries declared as placed on the market in the same period.

‘It is considered that this apparent “over collection” of lead acid portable batteries is because of a difference in the way that the definition of a portable battery is being applied at the two ends of the chain, i.e. when placing on the market and at collection/reprocessing.  There is therefore a need for a clearer distinction between portable and industrial batteries in the guidance to the Batteries Regulations. This will ensure that both producers and treatment operators are better able to apply the same criteria in respect of the batteries that they handle.’

Ongoing attempt to clarify the situation

The proposed amendment will remove the 4-10 kg ‘grey area’ and state a clear weight limit to determine whether a battery can be ‘hand carried’ and is therefore a portable battery. This will not affect the other components of the existing definition, and it will remain important for both producers, treatment operators and exporters to give consideration to the full range of factors when taking a view on whether a battery is portable or industrial.

The current consultation will run until 22 February, with results expected on 2 March and feedback expected on 16 March. All responses should be sent by email to [email protected], or by post to Producer Responsibility, Department for Environment, Food and Rural Affairs, Area 2B Nobel House, 17 Smith Square, London SW1P 3JR.

Find out more about Defra’s latest consultation, or learn about the UK’s battery collection problems.

A round-up of news from the waste and resources sector, including Reconomy, Merseyside Recycling and Waste Authority, Veolia, Coveyer and TOMRA.

The Reuse Network has published its 2019 Social Impact Report, revealing that its member  organisations reused 3.7 million furniture and electrical items in 2019.