Global food waste could rise a third by 2030

Global food waste could rise by almost a third by 2030, with more than two billion tonnes of food being binned annually, according to the Boston Consulting Group (BCG) – an amount worth around $1.5 trillion dollars (£1.17 trillion).

With the profile of plastic waste experiencing a meteoric rise over the past year, food waste appears to have taken a bit of a backseat, but the issue remains pressing. According to the UN, around 1.6 billion tonnes of food is wasted every year around the world at a cost of $1.2 trillion (£930 billion). The level of waste demonstrates the size of the task ahead to achieve the UN Sustainable Development Goals’ target of halving food waste by 2030.

Not only is food waste generation terrible for the environment, accounting for eight per cent of global greenhouse emissions, according to the UN, but in a world where some 870 million people are undernourished it is also ethically unconscionable.

As part of its report, ‘Tackling the 1.6-billion-ton food loss and waste crisis’, the BCG examined where exactly food waste was being generated throughout the food value chain, identifying five drivers for change to address these areas. 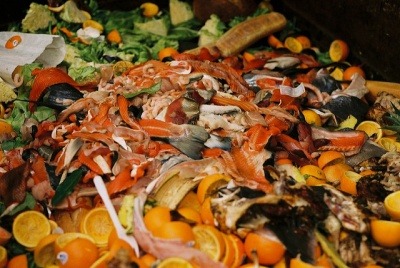 In terms of the financial value of generated food waste, the consumption stage is by far the most profligate, with every kilogramme of food waste generated worth on average $500 (£387.51), followed by the production stage where the average is $230 (£178.25) per kilogramme.

Despite the grim outlook for global food waste, BCG has identified five areas where concerted action from stakeholders, including governments, NGOs, farmers and food retailers, could drive a $700-billion reduction in food waste generation.

The report recommends that businesses take a number of actions, depending on their resources, across the five areas in order to drive change, while setting clear goals and targets against which impact and progress can be measured. The metrics used to measure said progress should be shared in order to ensure monitoring and reporting best practice is spread across the industry.

The BCG report comes as the UK seeks to step up its efforts to combat food waste. The Waste and Resources Action Programme (WRAP) estimates that around 10 million tonnes of food is wasted every year in the UK, 60 per cent of which is avoidable.

Earlier this year Defra opened a £500,000 Food Waste Reduction Fund for organisations working to increase the redistribution of surplus food in England. The fund was launched at a conference for the Courtauld Commitment 2025 – a voluntary agreement bringing together representatives of the food system to reduce food and drink waste by 20 per cent by 2025.

The fund is being administered by WRAP, with grants ranging from £20,000 to £75,000 aimed at not-for-profit organisations that redirect surplus food from food businesses to charities providing meals for people in need.

This year’s annual review of Courtauld 2025 revealed that 24 organisations joined the voluntary agreement in 2016/17, bringing the total number of signatories up to 156 and demonstrating the food industry’s desire to tackle the issue of food waste. The first progress report is expected in 2019.

Supermarkets and retailers have been taking steps to reduce food waste themselves over the past year or so, with Tesco recently being named by food waste campaign group Feedback as the best supermarket for food waste reduction. However, Sainsbury’s recently dropped its flagship food waste reduction initiative, ‘Waste Less, Save More’, due to poor results from its trial in the town of Swadlincote.

You can read the report, ‘Tackling the 1.6-billion-ton food loss and waste crisis’, in full on the BCG website.

UN seeks to tackle food waste and resource use by 2030
By
Edward Perchard
| 4 August 2015 |
Add a Comment
The United Nations has agreed a draft for its 2030 Sustainable Development Agenda, which seeks to halve global food waste, ‘substantially reduce waste generation’ and curb climate change.

UK supermarket Tesco has teamed up with behaviour change charity to launch its ‘No Time for Waste Challenge’, which will target the 6.6 million tonnes of food waste generated by UK households each year.

Starbucks UK will, from today, be selling selected food items at a 50 per cent discount during the last hour of service in its UK stores, with all proceeds going to food charity Action Against Hunger.

UK supermarket chain Morrisons has published its food waste figures for the first time, revealing that 11,000 tonnes of food went to waste from its stores in 2017/18, while its food waste reduction schemes go from strength to strength.

WRAP calls for all to ‘unite in the food waste fight’

WRAP is calling for a united effort after it found that £13 billion of edible food was wasted by UK households in 2015, a situation Friends of the Earth calls ‘the definition of a scandal’.

How robots are reshaping 'dirty, dull and dangerous' recycling jobs

Supermarket chain Tesco will be collaborating with food sharing app OLIO to combat excess food waste and redistribute free meals throughout the UK.

Two former directors of an Essex waste site have been fined £22,000 and £19,000 for exceeding waste permit and disposing the wrong type of waste into a landfill.

A new report ‘Talking Trash’ has accused multinational companies, including Coca-Cola, Unilever and Mars, of hypocrisy for their part in the plastic crisis.