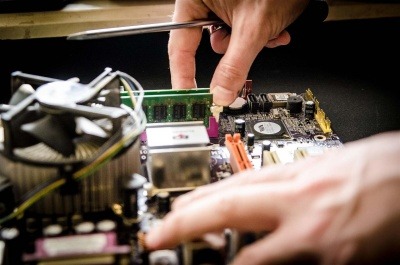 The European Commission has been accused of abandoning plans to make it easier to repair popular electrical consumer products under pressure from industry lobby groups, despite public support for better repair opportunities.

In September 2018, the Commission put forward proposals as part of its Ecodesign Directive, which aims to reduce the environmental impact of products, going beyond improving the energy efficiency of products to ensuring that they last longer and are easier to repair and recycle.

The draft laws included provisions to improve the design of certain products so that key components could be easily repaired or replaced, to make spare parts available to consumers, retailers and repairers for 7-10 years and to give independent repairers access to technical information, such as the wiring diagrams or exploded views of products.

However, in revisions published by the Commission this month, these provisions have been significantly watered down to focus on the end-of-life stage of a product’s lifecycle, making it easier to destroy and replace a product rather than fix it. In addition, access to repair and maintenance information is set to be restricted to professional repairers only, in a move that would restrict the access of repair cafes or independent repair shops to the information.

Furthermore, in the case of displays and TVs, provisions prohibiting the use of halogenated flame retardants in plastic enclosure have been deleted. These chemicals place an additional barrier to developing high quality recyclates and can negatively impact on human health.

The new proposals from the European Commission are set to be discussed from 10 December onwards, with the environment and industry ministers of the EU member states still able to change the content of the proposals during this time.

The revisions to the directive come despite public appetite for repair, with a recent study for the European Commission showing that most EU citizens would like to buy repairable and durable products while also receiving more information on repairability at the point of sale. Moreover, a 2014 EU survey found that 77 per cent of citizens would like to fix their products rather than buy new ones, but the high costs and low availability of repair services are the main barriers.

E-waste – or waste electrical and electronic equipment (WEEE) – is the fastest growing waste stream in the world, with global waste arisings estimated to be around 50 million tonnes. In the EU, only 35 per cent of WEEE is reported as properly collected and recycled.

Commenting on the revisions to the Ecodesign Directive, Stephane Arditi of the European Environmental Bureau (EEB) said: "We pay the price for each unrepairable product that’s put on the market. People are tired of wasting money on products that are designed to become waste. EU officials are aware of the societal benefits of responsible design, and yet they have caved in to pressure from the industry.

“At stake are also thousands of new jobs in the repair sector as well as resource and carbon emission savings resulting from more responsible production patterns. It’s time to put the rights of the people and climate action over corporate profits. We need to end such obsolete and shady business models.”

Chloe Fayole of the European Environmental Citizens Organisation for Standardisation (ECOS) added: “European decision-makers have a unique opportunity to overcome key obstacles to repair. The ball is now in EU member states’ court, that’s why we’re urging them to reinforce the provisions. It’s time to put political hesitations aside and show consumers that Europe is here to help them.”

Public supports resource efficient policies, says report
By
Rob Cole
| 5 November 2018 |
Add a Comment
Three quarters of the UK public want the government to ensure that businesses produce repairable and recyclable products, while 90 per cent believe that all packaging should be made recyclable, according to a new survey conducted by Cardiff University.

EU beverage packaging to be fully circular by 2030

The £1.2 million project will aim to enhance and improve the efficiency of chemical recycling technology

To celebrate International Repair Day on 20 October, here are five organisations at the forefront of the repair and reuse movement, encouraging people to opt out of society’s throwaway approach to our belongings.