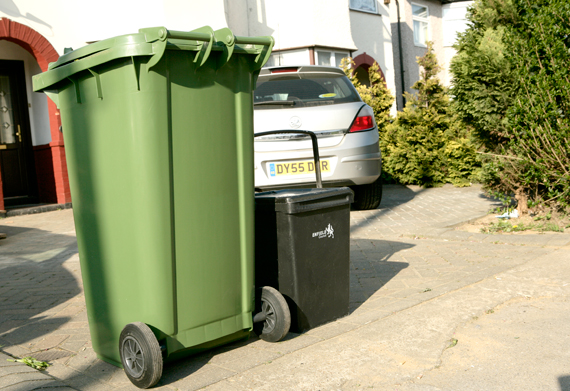 The Secretary of State for Communities and Local Government, Eric Pickles, has voiced his wish to legislate for ‘minimum service standards’ for waste collections.

Pickles has previously been vocal in his belief that local authorities should provide residents with weekly, rather than fortnightly, residual waste collections, billing it a ‘fundamental human right’. Indeed, in 2012 Pickles set up a controversial £250 million Weekly Collection Support Scheme to help local authorities support the implementation or reinstatement of weekly collections. (However, only one of the 85 successful bids to the fund, from Stoke-on-Trent City Council, actually outlined that it would use the money to revert back to weekly residual waste collections.)

At the beginning of this year Pickles also released controversial weekly collection guidance, dubbed the 'Bin Bible', to ‘show how [English] councils can deliver a comprehensive and frequent rubbish and recycling collection service, and deliver practical savings from common sense steps that do not harm the quality of the service that local taxpayers receive’.

Despite a lack of popularity within local authorities, and evidence suggesting that AWC can boost recycling rates, Pickles told the Daily Mail that the Department for Communities and Local Government (DCLG) is now looking at how to amend the Household Waste Recycling Act 2003 to set down new ‘minimum standards’ that could make it 'more difficult' for local authorities to offer fortnightly collections.

He is quoted as saying: ‘That Act does give me the potential to lay minimum service standards down. It would make it more difficult to do fortnightly collections and set out the type of collection that had to be made weekly.

‘That’s something we are currently considering. It would be quite a big step. But I really feel strongly about it. The political classes have got out of touch on this.’

He added that councils should also be obliged to publicise when long-running contracts with waste firms are up for renewal, thus giving voters a chance to voice which kind of collection system they would prefer.

He said: ‘Contracts to do with refuse collections are not done on a yearly basis, they are signed for longer periods. My job is to try to ensure that when they come up for renewal that the public knows that and can pressure their local authority.

‘I want to see a lot more transparency. These contracts should be widely known. I want to make local authorities more accountable to their electorate.’

Reverting to his inflammatory rhetoric, for which he is becoming well-known, Pickles added: ‘We can’t do a quick fix on this. It took Labour ten years to destroy the best part of 60 years of weekly collections and it will take more than four years to get it back. It was always going to be very difficult to take on the bin barons, take on the industry and stand up for what ordinary punters want.

‘We’re a year from the general election. We now need to consider what policies a majority Conservative government would take.’

A spokesperson for DCLG said that nothing could not be confirmed as ‘the idea is simply being looked at at this stage’, but said that all Pickles’s quotes were ‘accurate’.