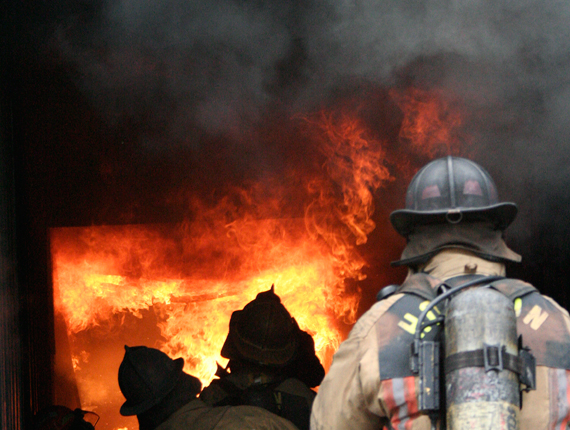 The Environment Agency has released new guidance aimed at reducing the outbreak of fire at waste storage sites.

Prepared in partnership with the Chief Fire Officers Association (CFOA), the new Technical Guidance Note (TGN) ‘Reducing Fire Risk at Sites Storing Combustible Materials’, identifies a range of measures that operators of waste storage sites should implement to minimise the risk of fire.

The measures apply to sites that ‘store more than 50 cubic metres of solid combustible material at any one time’ and do not have:

The TGN is supplementary to statutory requirement and has been developed in support of the EA’s efforts to review operator’s site accident plans. The body announced that it has written to operators of 7,800 sites requesting that they ‘review their accident plans, clearly setting out what steps they are taking to prevent fires’.

The release of the guidance comes ahead of a planned strike by members of the Fire Brigades Union over ‘pay, retirement and working conditions’. Firefighters across the country will strike today (1 November) between 6.30pm and 11pm and again on Monday (4 November) between 6am and 8am.

Included within the guidance is the requirement that sources of ignition are kept at least six meters from combustible material. Operators must also introduce a regular maintenance and inspection programme, and keep to time limits for the storage of certain materials.

Another key feature relates to the maximum sizes of waste stacks and the distances that should separate these. Piles of ‘fridges, computers and electrical equipment’, for instance, can be a maximum of five metres high and 20 metres long and wide. There must be at least 15 metres between the piles. It is suggested that conforming to these limits would ‘significantly reduce the duration of any fire, and also the impact on the local community’.

The EA said it has released the TGN following ‘a number of serious fires, which have had a serious impact on local communities and the environment’ (such as the 2013 fire involving 100,000 tonnes of baled plastic at a Jayplas facility in Birmingham).

Indeed waste site fires are commonplace, and earlier this year it was revealed that in the years 2001-2012, the average rate of fires at waste and recycling works came in at just under one per day.

Further to the environmental and social damage that waste fires cause, the cost of clearing up such fires is extensive, as the Scottish Fire and Rescue Service announced earlier this week that emergency services in Scotland spent £15.9 million tackling 8,000 waste fires in 2012/13.

Commenting on the new guidance, Steve Lee, Chief Executive of the Chartered Institute of Wastes Management (CIWM), said: "In the last year, we have seen a number of major incidents that have focused attention on the fire risks associated with waste management operations, particularly the storage of waste, and the environmental, health and economic impact of these incidents. We are now seeing concerted action by a range of stakeholders and industry bodies to address this issue and this guidance note from the Environment Agency is an important and welcome step.

"This remains an important issue and CIWM is part of a working group - led by the Chief Fire Officers' Association and including the Environmental Services Association, HSE and the WISH Forum - which will be developing further guidance in the coming months."

The Environmental Services Association (ESA) has issued a firm rebuttal to a report by Greenpeace that found Energy-from-Waste (EfW) facilities are three times more likely to be found in deprived areas, calling for an end to the “demonising” of EfW.

A round-up of news from the waste and resources industry, including Mach-Tech, Chase Plastics, Storm Board, J&B Recycling and Durakerb.

The UK Government will commit to a 65 per cent municipal recycling rate by 2035 after it announced it would be transposing the vast majority of the EU’s Circular Economy Package (CEP) into UK law.