The Brussels-based NGO regrets  that this ruling will leave a number of ‘polluting plants’, a figure of over 500, ‘with no obligation to address their climate impact’. 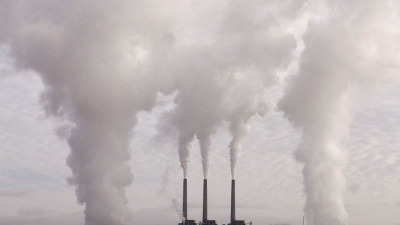 The ETS refers to a ‘cap and trade’ system, within which a limit on emissions is set and businesses across the scheme purchase and trade emissions allowances within this limit.

Businesses are compelled to record and report their carbon emissions and are either rewarded or penalised for their capacity to manage these emission levels within the anticipated limit.

The scheme currently covers over 11,000 power stations and industrial plants in 31 countries.

In March, ZWE published an article calling for municipal waste to energy incinerators to be included within this system, outlining the benefits they believe this change would bring.

Municipal incinerators release large amounts of CO2 – over 52 million tonnes in 2018 – and these emissions have increased by 288 per cent between 1990 and 2017, according to data from the European Environment Agency.

Since municipal incinerators are not part of the ETS, ZWE claims the CO2 that they release results in an unpaid cost of around £1.11 billion per year.

According to ZWE, the exclusion of municipal incinerators in the ETS is also undermining the decarbonisation efforts of EU Member States in that it is delaying the transition to less carbon-intensive power generation infrastructure.

Involving municipal incinerators in the ETS revision could also benefit renewable energy producers who are currently in competition with energy from waste (EfW) facilities, suggests the NGO.

ZWE also argues that a higher gate fee, as part of ETS costs, would embolden higher quality waste management methods, such as refining the process of sorting and recovering materials from residual waste.

Furthermore, ZWE has suggested it could also incentivise waste providers to decrease the share of fossil content in waste input.

“The EC decision is a lost opportunity to subject the high CO2 intensive industry to the ‘polluter pays’ principle to help encourage other more sustainable and low-carbon treatment options”.

“While the electricity grid should be decarbonising as a result of more renewable energy sources coming online, electricity produced at the incinerator is becoming a major climate issue undermining the further development of renewable energies in EU Member States.”