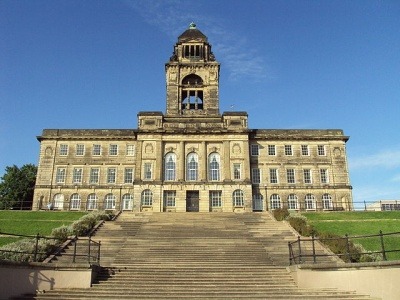 The dispute began last year when Biffa, which holds the waste contract for Wirral Council, refused to meet Unite’s pay demand for 180 refuse workers. Following the transition to monthly pay, Unite claims workers are left without the safeguards to ensure they receive the correct amount when paid.

Unite says that it proposed a measure that if pay was calculated incorrectly by £50 or more, it would be corrected within seven days, which Biffa refused.

The Biffa Waste Services workers have until the 25 March to cast their vote for strike action. Strikes could begin after the Easter holidays if the members vote in favour.

So far negotiations of a pay settlement, mediated by the conciliation service Acas, have not reached a resolution, but both sides have stated their commitment to reaching an agreement.

Unite Regional Officer Steve Gerrard said: “Biffa’s failure to meet the pay claim, and its high-handed manner in trying to force through monthly pay, has left workers with no option but to ballot for strike action. If strikes go ahead it will cause considerable disruption and rubbish will quickly start to pile up on the streets of the Wirral.”

Unite has sought to underline its case by pointing out that one of Biffa’s directors receives a salary of £1 million each year, saying: “Wirral residents need to ask if Biffa has got its priorities right.”

“Biffa claims it can’t afford to meet the pay claim of our members, despite paying a director a telephone number salary. Wirral residents need to ask if Biffa has got its priorities right.

“Even at this late stage Biffa can still avoid a strike by making a reasonable pay offer and enter into proper negotiations on monthly pay.”

Refuse workers in the London boroughs of Tower Hamlets and Bexley have also sought to take industrial action over pay. In February, Bexley refuse workers held a ballot for strike action over low wages and bullying. This week, employees of Veolia Waste Company are striking over unsettled holiday pay. Unite claims 150 Veolia workers are owed holiday pay in arrears, amounting in some cases to £9,000.

UK waste management companies are working up contingency plans to ensure that they are able to continue to provide waste services and keep their operatives safe during the coronavirus outbreak.

Pennon to sell Viridor for £4.2 billion

Pennon Group has entered into a £4.2-billion agreement for the sale of Viridor to newly-formed company Planets UK Bidco Limited.

Waste and infrastructure business Peel Environmental has called for the UK to invest over £7.5 billion in infrastructure to deal with plastic waste over the next 10 years.

With waste workers deemed ‘key workers’ and essential to keeping public services running, leading industry associations have raised concerns over how to keep waste operatives safe during the coronavirus outbreak.

A consortium of UK and Indian businesses and organisations has developed a new compostable film designed to reduce food and plastic waste backed by Innovate UK and coordinated by the Newton Fund.

Recycling Association calls for assurances over continuity of recycling collections

The Recycling Association has asked Defra to ensure that household recycling collections are maintained to maintain sufficient availability of material for food and medical supply packaging.