A new campaign from environmental behaviour change charity Hubbub is trying to raise awareness of an under-discussed but far-reaching issue: how the clothes you buy could be contributing to plastic pollution. 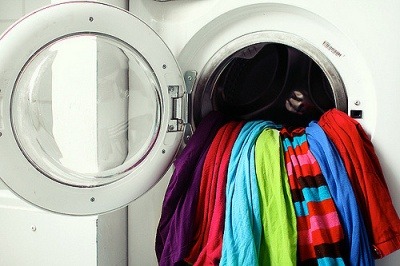 #WhatsInMyWash encourages people to take easy steps to minimise the loss of microfibres from their clothes
Image: Flickr / suzettesuzette / CC-BY-2.0
The last few months have seen a dramatic increase in public awareness of and concern about the huge amount of plastics ending up in our rivers and oceans. The use of products such as straws, coffee cups, cosmetics and wet wipes is being debated publicly, with companies and government making significant policy changes under increased public pressure. The negative environmental impact of the clothes we wear, however, is still under-reported and misunderstood.

Many clothes contain synthetic fabrics like polyester, acrylic and nylon. When washed, these fabrics shed plastic microfibres that flow down our drains and into rivers and oceans. Clothes in landfill can also break down into microfibres over time. These microfibres can end up in the food chain – studies have found their presence in food as diverse as mussels, table salt and beer. The impact on long-term public health is currently unknown and is the subject of a growing level of international research.

Clothing is one of the most significant sources of microplastic pollution; an estimated 35 per cent of primary microplastics entering our oceans come from washing textiles. This is causing 16 times more plastic pollution than microbeads from cosmetics, which were banned from rinse-off products in the UK in January this year.

Hubbub has launched #WhatsInMyWash in order to combat this source of pollution. The campaign aims to support the growing level of collaboration that is taking place between businesses, academics and NGOs, as well as run public engagement campaigns to bring about a wider understanding of the issue.

Trewin Restorick, CEO and and founder of Hubbub, commented: “Hubbub believes that the links between synthetic clothing and plastics polluting our oceans is currently an untold story.  The #WhatsInMyWash campaign is designed to make people aware of the connection between what they wear and ocean pollution. We hope the campaign persuades businesses to collaborate to find long-term solutions. We also want people to be curious about the clothes they wear, to buy clothes that are more durable and to take greater care of them.”

What you can do to help

Research is currently at an early stage, but what is clear is that simply taking better care of clothes and preventing them from wearing out helps reduce the likelihood of microfibres shedding in the wash. The first #WhatsInMyWash campaign is therefore encouraging people to:

As more research comes to light, Hubbub is hoping to collaborate with businesses to create other campaigns that can have a bigger structural impact helping to reduce this source of plastic pollution.

While coverage of the role clothing plays in microplastic pollution has been muted, there have been a few outspoken voices. In 2016, Dutch fashion line G-Star and marine pollution campaign group the Plastic Soup Foundation called upon fashion companies and other members of the textile industry to address plastic microfibres.

In November last year a report was launched by the Ellen MacArthur Foundation and British fashion designer Stella McCartney, which stated that the environmental effects of ‘fast fashion’ – the quick turnaround of styles at affordable prices – would only get worse and that momentous change is required to avoid this. 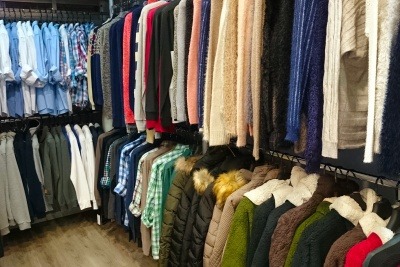 The modern 'fast fashion' industry encourages the purchase of low-quality clothes which are often thrown away after little use
The report said that while clothing production has doubled in the last 15 years, clothing utilisation (the number of times a garment is worn) has decreased dramatically: in China, a consumer market second only to the US, utilisation has dropped by around 70 per cent in that time. And while consumers are buying more, clothes are not being adequately recycling: it is claimed that less than one per cent of material used to produce clothing is recycled into new clothing.

There are efforts being made to better understand how to combat the issue. Last year, environmental consultancy Eunomia Research and Consulting was appointed by the European Commission to run a study investigating how to reduce the effects of microplastics escaping into the oceans. The study is measuring the losses of microplastics from various sources and exploring ways to reduce the impact on the ocean environment.

What is already growing clearer, however, is the far-reaching nature of plastic pollution: in November last year researchers from the University of Newcastle discovered that our plastic waste is now littering the deepest ocean floor on the planet and is being ingested by the microorganisms which live there, while earlier this year a Manchester river was found to have the highest concentration of microplastics anywhere in the world, with a microplastics concentration of 517,000 particles per square metre.

More information on microfibres and Hubbub’s campaign can be found on the #WhatsInMyWash website.

Microbead ban comes into force across UK
By
| 9 January 2018 |
Add a Comment
Effective from today, the UK’s ban on the manufacture of products containing microbeads is said by the government to be one of the ‘toughest’ bans of its kind in the world.

Eunomia to lead study on ocean microplastics
By
Katy Carter
| 3 April 2017 |
Add a Comment
Environmental consultancy Eunomia Research & Consulting has been appointed by the European Commission to run a study investigating how to reduce the effects of microplastics escaping into the oceans.

Manchester river has worst microplastics pollution in the world
By
Lidia Creech
| 13 March 2018 |
Add a Comment
The River Tame, which flows through the Greater Manchester area was found by geographers at the University of Manchester to have a microplastics concentration of 517,000 particles per square metre.