Justin Greenaway, Commercial Manager at SWEEEP Kuusakoski, discusses the future of WEEE recycling in the UK 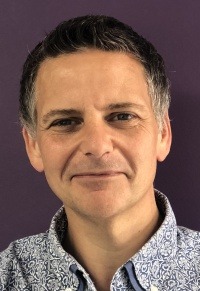 Amid the calls for greater producer responsibility it’s worth noting that Coca-Cola does not discard its plastic bottles into our oceans. McDonald’s food is not wrapped in litter. Pollution occurs due to a failure of personal responsibility at some point in life cycle chain.

The UK Government defines producer responsibility as ‘making sure businesses that manufacture, import and sell these products are responsible for their end of life environmental impact’, but this cannot be achieved by the producer acting alone.

Those responsible for recovering waste electrical and electronic equipment (WEEE), which is one of the fastest growing waste streams, at between three and five per cent per year, will see recycling targets rise 45 per cent to 65 per cent of WEEE put onto the market in 2019. This higher target is going to be a challenge that can only be accomplished by a combined effort that includes both producers and consumers.

There’s a growing problem of waste electronics being lost in domestic general waste by accident, ignorance or convenience. This often leads to WEEE ending up in waste incinerators. Domestic incinerators should not be burning WEEE for many reasons. Firstly, WEEE mixed incorrectly with general waste can catch fire causing risk to life, damage to infrastructure and release of toxins.

Secondly, the manufacture of gadgets such as smartphones now involves mining rare earth metals, processing oil for plastics and huge energy consumption during manufacture – burning these at the end of their life is a waste of resources.

Finally, if WEEE goes into landfill or incineration it places an additional cost burden on the council, putting pressure on already stretched services.

It may come as a surprise to many in the waste sector that WEEE is being burnt in UK. There is clear evidence of this because of levels of motor content within the residual incinerator bottom ash (IBA). Nearly every electrical appliance has a motor or transformer. These motors and transformers do not burn and are sorted from IBA for their copper value.

Knowing the motor content allows a calculation to establish the probable weight of WEEE needed to generate that amount of motors – small mixed WEEE has a motor content of 7.89 per cent. When burning normal domestic waste, 20 per cent of the material is left behind as ash; eight per cent of that ash is mixed metals, typically 2-3 per cent of which comes from motors or transformers.

This article was taken from Issue 93

An estimated 12 million tonnes of waste is burnt per year in UK and indicative IBA motor content implies that 60,836.5 tonnes of WEEE are being burnt in UK incinerators. Similar WEEE content is likely in domestic RDF exports or domestic landfill but this is more difficult to clarify as it is not easy to measure the motor content in these.

To prevent this loss of valuable material to incineration, we need to vastly increase WEEE recycling in the UK. As an example of how far we have to go, in 2017, 427,000 tonnes of small WEEE were sold in UK and only 145,000 tonnes were recycled via authorised routes, leaving 281,000 tonnes, or 66 per cent, unaccounted for, assuming like for like weight.

Recycling WEEE correctly in the UK has many benefits, from advancing the circular economy through the recovery of valuable materials to creating much- needed employment opportunities.
To enable this and prevent the loss of WEEE to incineration will require a great deal of behaviour change to get people to take more personal responsibility for what happens to these products at the end of their life.

How can this be achieved? The WEEE Directive is actually structured so that if a recycling target is missed then a compliance fee is paid by producers, which is used to encourage more recycling. In 2017, the WEEE target was missed and an £8-million fund is therefore available to support higher levels of WEEE collections.

In 2018, this fund should be used to support a major education campaign to inform the public over the dangers of throwing out WEEE with residual waste and the options open to them to contribute to WEEE recycling, building on the current genuine enthusiasm from the general public in wanting to do the right thing with their waste.