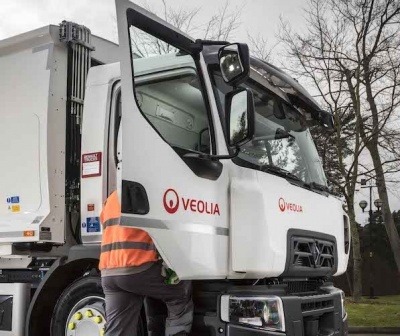 Macquarie will own 100 per cent of the share capital of SUEZ UK’s waste activities if the deal is approved by the UK Competition and Markets Authority (CMA). According to Veolia, this move will address the ‘main concerns’ that the competitions body has expressed.

The sale also remains subject to the ‘right of first refusal’, granted by Veolia to the new SUEZ at the time of the combination in 2021.

If the sale is completed, Veolia says it will remain a ‘major player’ in the UK waste management market with revenues of approximately £1.6 billion.

The valuation level of the sale is ‘significantly higher’ than the acquisition price resulting from the takeover bid. This price level, Veolia states, ‘immediately crystallizes the value of all the synergies then contemplated.’

After the disposal of the remedies agreed with the European Commission and the signature of the agreement with Macquarie Asset Management, almost all of the antitrust divestitures will have been finalised. These disposals – amounting £2.8 billion – will bring the Group’s debt leverage ‘significantly below 3x’, Veolia says. The waste management firm states that this will bring additional investment capacity to ‘finance growth in high value-added markets.’

The agreement laid out what the ‘new SUEZ’ would look like under the Veolia umbrella, with the company expected to be created with a revenue of around £5.8 billion. According to the document, the new SUEZ would be owned by a consortium of investors, composed of Meridiam, GIP, and CDC/CNP Assurances.

In May of the same year, Veolia and SUEZ announced that they had signed a combination agreement following approval by their respective Boards of Directors of the latest terms for their merger.

In early December, the CMA expressed concerns about the Veolia and SUEZ merger in a public statement. The deal, the competition body said, could lead to higher prices and lower quality services across ‘a range of waste management activities in the UK.’

However, on 15 December, the merger was approved by the European Commission, conditional on the basis of total compliance with a commitments package. The package was devised to eliminate the potential for competition concerns, which were originally raised with the initial announcement of the transaction.

In May of this year, the CMA published its provisional ruling on the potential merger of SUEZ and Veolia in the UK, with the body finding that the deal would ‘result in a substantial lessening of competition’.

The merger, CMA said, would reduce options for local councils and businesses when procuring key waste and water management services, leading to ‘more costly and lower quality services, and in turn, to higher council tax bills’.

In June, Veolia then proposed the sale of SUEZ’s UK waste business in response to the CMA’s probe into the merger of the two French companies. In a statement, the waste management company stated that it ‘strongly disagrees’ with the CMA’s analysis of the concerned markets and ‘deplores the lack of shared understanding of the issues related to our sectors of activity’.

In July, the CMA announced an extension to its inquiry into the anticipated merger of waste management firms Veolia and SUEZ. Ahead of the initial expiry date of 17 July, the body has granted an extension on the report’s release for a further eight weeks, taking the new completion date to 11 September.

Commenting on the agreement, Estelle Brachlianoff, Chief Executive Officer of Veolia said: "We are very satisfied with this transaction, which is being carried out under excellent conditions that once again demonstrate the attractiveness of the environmental services business and the relevance of our proposal for remedies to the CMA.

“It will create significant value and strengthen our investment capacity in strategic markets. The valuation of these assets reflects both the initial price and the synergies expected from the combination, in line with all of the disposals carried out in the frame of the antitrust clearances, which are higher than the acquisition price of SUEZ.

"Following this transaction, Veolia will remain a major player in the waste sector in the United Kingdom and, more broadly, in the environmental services market in the region, which remains strategic for the Group.”

“It has clearly been an unsettling time since this stage in our journey began back in August 2020 and as it draws to an end, almost two years on, it brings greater clarity over our future direction, with hopefully a new owner in place before the end of the year.

“This will allow us to continue to focus as a company on providing essential waste and recycling services for our customers, whilst delivering our commitment to People and Planet, and moving towards our vision of ‘living in a world where there is no more waste.”

In response to the update, a CMA spokesperson commented: “Our in-depth investigation provisionally found that the tie-up between Veolia and Suez – two of the largest suppliers of waste management services – could reduce competition and lead to more costly and lower quality services, with taxpayers left to foot the bill.

"We set out our initial view that Veolia must sell either its own or Suez’s entire UK waste business to a suitable buyer. We are now carefully considering the evidence before coming to a final view, which is due soon. In the event that any divestments are needed, we will also need to approve the proposed purchaser.”

ZWE: Mechanical recycling of plastic packaging should be prioritised over pyrolysis