Ever since Jean-Claude Juncker, the new President of the European Commission, indicated that he wanted (amongst other things) proposals for a circular economy to be reviewed by the incoming Commissioner of the Environment, Karmenu Vella, different organisations have come forward with their own views as to what should happen with the package, which has now been withdrawn with the promise of a ‘more ambitious’ replacement.

To re-cap, some of the key components of the proposals were a 70 per cent recycling target for municipal waste by 2030, alongside increased targets for packaging recycling; no landfilling of recyclable and biodegradable waste by 2025; and a change in how recycling would be measured to exclude materials discarded in the process of preparing for reuse or recycling (in other words, only material actually recycled could be counted as recycled).

What are people afraid of? 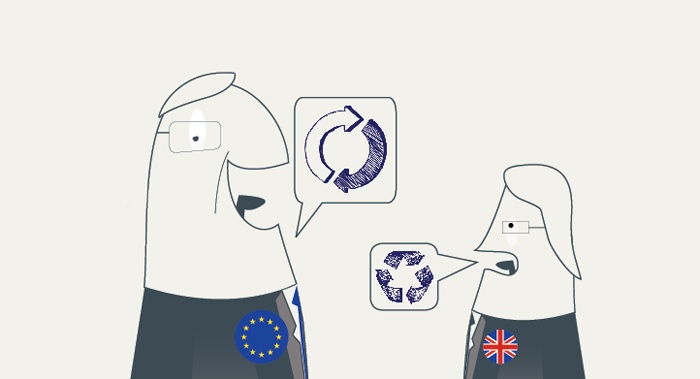 It’s interesting to note who came forward to support the package, and who did not. In the camp of the supporters were: FEAD, the umbrella body of waste management organisations, whose members include the ESA; KIMO International, the ‘local government voice on marine pollution’; Municipal Waste Europe; the Association of Cities and Regions for Recycling and sustainable Resource management (ACR+); the Resource Association; Seas at Risk; and RREUSE, a European umbrella network for social enterprises working in reuse, repair and recycling.

Ministers from at least 10 member states also weighed in with their support, including those from Germany, Spain, France, and Italy. And a whole host of (other) NGOs, including the European Environment Bureau, Greenpeace and Friends of the Earth Europe, wrote to Juncker to (amongst other things) highlight that the 7th Environmental Action Programme already commits the commission to doing much of what is in the circular economy package. (The alignment between the two is not accidental, though the now defunct circular economy package allowed for a more realistic timetable for the targets to be achieved.)

What was the view of our government? Defra seems afraid of the prospect of high packaging recycling, with Resources Minister Dan Rogerson of the opinion that the package (which reached out to 2030 and provided a set of sure targets) wouldn’t ‘provide certainty and stability for industry’. He wanted instead ‘more time to decide’, suggesting that he himself is less than certain. He could ask the Scots, or the Welsh, I suppose.

He added: ‘Higher targets may promote quantity over quality – the market doesn’t want low-quality recyclate.’ In this respect, he seems to have missed the point regarding the measurement of recycling proposed by the previous commission: the proposed definition definitely was not the finished article, but it indicated an appreciation for the need for quality as well as quantity. 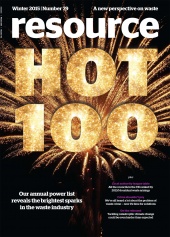 This article was taken from Issue 79

What was most worrying about most of the objections to the targets was that although they would not have had to be met until 2030, from the reaction, you would have thought that everything had to be done tomorrow. It wouldn’t have, and ministers such as Rogerson, who are charged with shaping the future, appear to completely lack the wit to consider how they might best enable those targets to be met. It’s as though any challenge is a challenge too far. The concept of the circular economy has the redesign of production and consumption at its heart. Rogerson commented that ‘very high targets will require us to recycle more difficult things for which the carbon cost of recycling may outweigh the benefit, and this is not being resource efficient’. His view is a static one, and reveals a lack of conceptual grasp within Defra of the dynamic potential of the circular economy.

Over at the Department for Communities and Local Government, we see a man whose friends are turning on him, a man who tried to make others happy with his own initiatives in respect of resource inefficiency, but whose attempts have all failed miserably. His dogma hangs around him like an albatross. We can but hope that Rogerson has not determined that, like Mr Pickles, his energy is best spent opposing things that many others, including many businesses in the UK, are supportive of.

But as we start the New Year, in case you were wondering, as far as Defra is concerned, the circular economy remains ‘a voluntary agreement’. It’s up to us to make the right choices as to what we produce and what we consume. After all, in all that you do, you have no choice but to choose.