GMB Union has announced that the first three weeks of strike action for its members employed by Amey will take place in Elmbridge and Surrey Heath, the two Surrey areas to which Amey provides infrastructure. 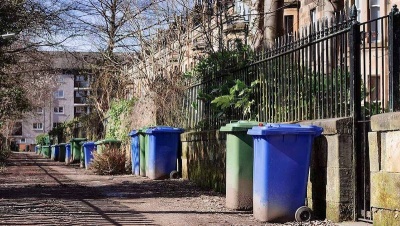 The two Borough Councils include Camberley, Cobham, Esher, Frimley, Walton-on-Thames and Weybridge, meaning no kerbside rubbish collection will take place in these areas for an initial period running from 1 August to 19 August.

According to GMB, its members are ‘already looking at announcing further dates’ – a factor dependent on whether their employer agrees to meet union representatives for talks to ‘look at ending the dispute, which relates to this year’s pay offer’.

The action was voted for by GMB Union members in a ballot related to pay settlement negotiations that have been taking place between Amey and GMB, after some members claimed to be underpaid by at least £3 per hour.

This news follows recent action in Wealden, where members of GMB were striking over low pay and poor terms and conditions from 25 April to 14 June. An offered pay rise between 24 and 27 per cent was accepted, ending the strike and pay dispute.

Paul Grafton, GMB Regional Officer, commented: “We have continually pushed Amey since April over pay as our members feel they are woefully underpaid and completely under-valued.

“Our members are at least £3 per hour underpaid, plus they don’t have the same levels of sick pay or pension benefits compared to those who are still working under local authority control elsewhere.

“The waste industry has become a race to the bottom when it comes to terms and conditions of employment as they attempt to use other waste contractors as comparators to drive wages down, something that has been happening for some time now within the entire industry.

“Residents of Surrey Heath and Elmbridge Borough Councils can now look forward to what is looking likely to be the hottest and now probably the smelliest August for many years.

“Anyone who lives locally who is not thrilled by the prospect of rubbish piling up in their streets and gardens should contact their local councillors to encourage them to lobby their waste contractor Amey to get back around the negotiating table.”

Elmbridge Borough Council also made the following public statement: “Following a GMB union ballot, Elmbridge waste collection crews from the GMB union, have voted for industrial action. At this time the extent and impact of the industrial action is not known.

"The GMB notified Amey, our waste contractor, of its intention to hold discontinuous industrial action between Monday 1 August and Friday 19 August. It is not known which days will be impacted by industrial action.

“Our priority is always serving our community. We are working with Amey and our service partner, Joint Waste Solutions, to put contingency plans into place. The contingency plans will cover different scenarios, such as support from other areas not impacted by industrial action.

“We will be forced to look at protecting the core waste collection service, by suspending some services such as recycling and bulky waste collection, as well as reducing street cleaning to a minimum.

“Joint Waste Solutions has begun liaising with Surrey County Council to ensure additional capacity at community recycling centres, should industrial action mean residents wish to visit them more frequently. In addition, residents will be asked to report any missed services after 4 pm on the day their collection is due.

“We appreciate this is not the service our residents expect, but please be assured that we have done all we can to avoid this industrial action and we will continue to work to mitigate the impact of the industrial action as much as possible.”

Cllr Colin Dougan, Portfolio Holder for Environment and Community at Surrey Heath [Borough] Council, added: “It is very disappointing that the GMB and Amey have not been able to come to an agreement on pay and that the GMB [has] decided to go down the route of strike action.”

A round-up of news from the waste and resources industry, including Plastipak, Hopkinson Waste Group, NGE and Vodafone