Study reveals the UK wastes £9.7 billion of food each year 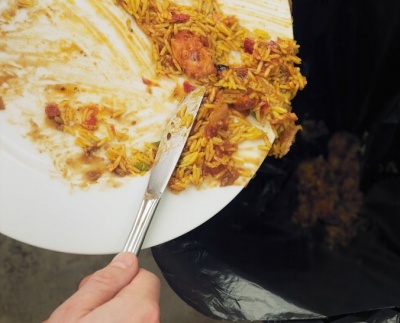 Meal planning and food sharing apps can help tackle food waste and save money
A study by savings site VoucherCodes.co.uk has revealed that the average UK household throws away £355.68 worth of food every year, equating to a startling £9.7billion across the country annually.

According to the research collated in February 2019, 65 per cent of UK adults admit to buying too much food that ends up being thrown away, with London and Newcastle reporting the highest rates of food waste.

The average UK household spends £14.92 a week on ‘topping up’ fresh food that may not be necessary and results in excess being thrown away. The Waste and Resources Action Programme (WRAP) estimates that in the UK we waste seven million tonnes of food every – five million of which is perfectly edible. This is not only costing huge amounts of money but is a big contributing factor in climate change – food waste causes eight per cent of greenhouse gases worldwide.

Although the statistics show that millenials are more likely to throw away food than the  previous generation, with 80 per cent of adults aged 18 to 34 admitting to discarding uneaten food each week in contrast to 47 per cent of over 55s, the ‘Instagram demographic’ are leading the way when it comes to planning out their weekly menu and cooking in bulk to last across the week. 29 per cent of millennials say they think out almost all of their main meals for the next week ahead of shopping, compared to just 16 per cent of those aged over 55.

Whilst it’s great that meal prepping is reducing waste from overbuying, research from Too Good To Go, an app that provides customers with surplus restaurant food, has revealed that 34 per cent of prepped meals are still binned. There is widespread confusion over safe food storage and about terms such as ‘sell by dates’ and ‘best before dates,’ resulting in edible food being discarded.

WRAP’s campaign Spoiled Rotten, part of its larger Love Food Hate Waste campaign, aims to provide the public with relevant information on food storage – for example optimal fridge temperatures – to reduce the waste of prepped meals as well as advice on how to avoid overbuying in the first place.

Alongside Too Good To Go, other food sharing apps are tackling the food waste crisis. OLIO, launched in 2016, allows users to upload photos of their unwanted items (both food and non-food) so that other local users can come and collect them for free. Many of these items are past their sell by date but will still be safe to consume.

OLIO’s founders envisaged the app as not only saving users money and reducing waste, but also allowing them to connect with their local communities.

Even with more conscious food purchases and preparation, it is inevitable that some waste will be unavoidable but progress is being made towards the government’s targets in eliminating food waste to landfill by 2030. The government has outlined plans to introduce separate food waste collections to every household in England by 2023 so that food waste can be effectively managed and composted, rather than going to landfill.

Food labels to be made simpler to prolong product life and increase redistribution
By
Edward Perchard
| 29 November 2017 |
Add a Comment
Shoppers will be given a simpler, more consistent range of storage and date advice on food packaging after new WRAP guidance presented a new industry standard for date labelling and storage advice used by food manufacturers and retailers.

Gove pledges £15m to reduce UK food waste
By
| 3 October 2018 |
Add a Comment
The Environment Secretary has announced a new scheme with businesses and charities to increase the amount of edible surplus food being redistributed to those in need.

WRAP calls for all to ‘unite in the food waste fight’

WRAP is calling for a united effort after it found that £13 billion of edible food was wasted by UK households in 2015, a situation Friends of the Earth calls ‘the definition of a scandal’.

Toast Ale, the beer made from discarded bread, is crowdfunding to launch its craft beer in 330-millilitre cans as part of a wider refresh of its brand identity.

Starbucks UK will, from today, be selling selected food items at a 50 per cent discount during the last hour of service in its UK stores, with all proceeds going to food charity Action Against Hunger.