In a report published last Wednesday (12 February), researchers from the Wageningen Food & Biobased Research unit at Wageningen University and Research in the Netherlands investigated how compostable plastics behaved in the processing of food and garden waste (GFT). 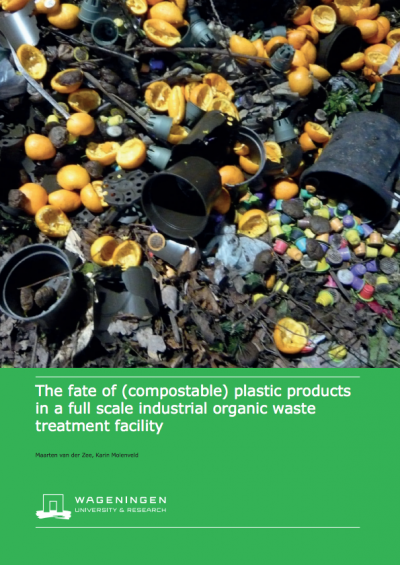 The researchers followed compostable variants, such as those made with PLA (polyactic acid), of plastic products, including tea bags and plastic bags and thicker products such as plant pots, supplied by Holland Bioplastics through the regular composting process.

To obtain usable compost at the end of the regular composting cycle – around 11 days in the Netherlands – the not-yet-biodegraded GFT residues were sieved, along with contaminants including metals, glass, stones and plastics.

It was striking that the compostable products made from PLA were found to break down faster than, for example, paper and orange peels, and could not be found even after one composting cycle of 11 days. This not only applied to thin tea bags, but also to the thicker plant pots.

A spokesperson for Wageningen Food and Biobased Research said: “Based on all the findings, the researchers conclude that compostable plastics that meet the European standard EN13432 break down quickly enough in Dutch organic waste processing plants. However, the presence of conventional fossil plastics in GFT is a real problem for GFT waste processing and will have to be solved.”

The study seeks to ease doubts over whether compostable plastics are suitable for the industrial facilities for which they are destined.

Commenting on the Wageningen research, David Newman, Managing Director of the Bio-based and Biodegradable Industries Association (BBIA), said: “In the Netherlands, the waste industry has traditionally taken a position opposed to the use of compostable plastics, apart from compostable bags for food waste collections, teabags and other items strictly related to food waste purity. Partly the reason for this is that they have claimed that their short-cycle compost systems (sometimes as short as two weeks) mean that compostable plastics do not break down in time and therefore go on to contaminate the compost.

“The Wangingen study dispels this myth, showing the materials are generally compatible even with short process systems. Even thicker plastics such as PLA break down. But above all Wangingen shows how food waste and compost in compost plants in the Netherlands are contaminated by traditional plastics, something common across the EU and an increasing concern as mandated food waste collections will be implemented across the whole continent in 2023. Just how many tens of thousands of tonnes of plastic fragments will we put to soil with these massive amounts of food waste going into treatment from 2023 if we allow plastics in the collection systems?

“Compostable plastics are compatible with Dutch composting processes and indeed reduce the contamination of traditional plastics going to soil, something we have been preaching for a decade. This is indeed the whole point of using compostable materials in the first place.”

The new hands-on Master’s degree is aimed at those wanting to begin or progress their careers in the waste and resources management industry.

How the Giro d’Italia is riding the sustainability wave

Organisers of the Giro d’Italia are placing the focus on sustainability for the annual bike race, starting this May.

A solution to household waste promises to save up to 1,200kg of carbon per year by converting domestic debris into energy.

It’s hot outside, but you don’t necessarily have to feel guilty about eating that ice cream, as the by-products from its production could be being used to produce ‘green’ energy instead of going to landfill.