The Environmental Services Association (ESA) has issued a firm rebuttal to a report by Greenpeace that found Energy-from-Waste (EfW) facilities are three times more likely to be found in deprived areas, calling for an end to the “demonising” of EfW.

The report by Greenpeace’s investigative arm, Unearthed, which was covered in the Guardian last week (31 July), discovered that incinerators are three times more likely to be built in poor areas than rich areas, and that nearly half of facilities built or under construction are set to be found in the UK’s 25 per cent more deprived areas, while just eight out of 90 existing incinerators are located in the wealthiest 20 per cent of areas. 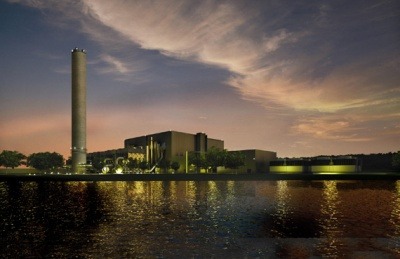 In response to Greenpeace’s claims, the ESA, which represents the UK’s largest waste management companies, many of which run EfW facilities, said it was time to “stop demonising” EfW and to “embrace energy recovery alongside recycling, reuse and waste avoidance measures”.

The ESA statement said: “EfW serves a vital public sanitation function in the UK and is a complementary part of a rapidly-evolving, holistic, waste management system invested in by the recycling and waste management industry – which has long been leading the pursuit of a low-carbon circular economy.”

“The ESA strongly supports independent environmental journalism, but erroneous and misleading articles like those published today by Greenpeace and the Guardian are holding back the full potential of EfW as a contributor to national low carbon heat and power; maintaining our national reliance on landfill; and continuing to fuel fear and a confrontational public dialogue about energy recovery.”

The statement added: “The thousands of people who work at EfW plants across the country are rightly proud of the role they play in protecting the environment and many are from the very communities served by these facilities. Our industry has been actively involved in the development of the new Resources and Waste Strategy for England, which will instigate the systemic change required across the whole economy to achieve higher recycling rates and greater resource efficiency, while limiting the non-recyclable waste sent for energy recovery. Demonising EfW in the meantime does nothing to move the country closer to achieving a more circular economy.”

The ESA points to a report by the think tank Policy Connect released last month, which urges more investment in EfW in the UK, calling it the ‘safest, cheapest and most environmentally responsible solution to the UK’s residual waste problem’, while also pointing out that “EfW provides reliable, decentralised, low-carbon electricity sufficient to power nearly two million UK homes”.

The ESA also took issue with the Greenpeace reports reference to "incinerator companies", which it feels "misrepresents the diversifed nature of many of the businesses involved in this activity" and their contribution to a circular economy.

The Greenpeace report also found that EfW facilities are disproportionately found in more diverse areas, impacting on BAME communities, with 40 per cent of all incinerators found in areas more diverse than their local authority average.

Meanwhile, more than two thirds of potential new EfW facilities are planned for the north of England.

The ESA said that EfW facilities tend to be found outside urban centres for “a variety of political and cultural reasons” and that new facilities are determined by elected officials and local planning policies. It stated that operators engage in the full statutory consultation process when developing a facility and that many undertake additional consultation with local communities, and that the sector is one of the “most heavily regulated industrial installations in Europe”.

The ESA added: “While there may be a proximity trend between industrial areas and disadvantaged communities, this proximity trend applies equally to many other industrial facilities like distributions centres, factories and other public utilities – none of which were singled-out in the Greenpeace investigation. We acknowledge the complex issue of social justice in relation to spatial planning and believe that this is an important topic in need of further understanding but, like the rest of society, our industry operates within the legal and policy parameters set out for us.”

EfW has come in for criticism in recent years, with detractors claiming that it keeps down recycling rates by diverting investment away from recycling facilities into EfW technology.

In 2018, the Chief Scientific Advisor to the Department for Environment, Food and Rural Affairs (Defra) warned against further investment in EfW capacity in the UK, stating that this would ‘extinguish the value’ of materials and limit innovation in recycling infrastructure, while a 2017 report from Eunomia saw the environmental consultancy claim that a reliance on EfW could see a limit placed on recycling figures.

The ESA has previously argued that Eunomia’s recommendations could see the UK government ‘sleep-walking into a crisis’, instead welcoming calls to increase EfW capacity from waste management companies such as SUEZ recycling and recovery UK, which said in a 2017 report that the nation could be facing a residual waste treatment capacity gap of 2.4 million tonnes by 2030 without investment in EfW infrastructure.

Furthermore, anti-incineration campaign group UK Without Incineration Network (UKWIN), which provided data to the Greenpeace report, has been vocal in its criticism of future investment in EfW in the UK, warning that harmful emissions from incinerators are going unreported, and pose a significant risk to public health. Research conducted by the group also claimed that incinerators release vast amounts of CO2, finding that plants released 11 million tonnes of CO2 in 2017.

Meanwhile, a 2019 study carried out by Imperial College London found “no conclusive links” between incinerators and negative health impacts in new-born children, though it stated that further research is ‘warranted’.

Earlier this year, MPs from across the House of Commons called for an ‘incineration tax’ and opposed future investment in EfW plants, in light of stagnating recycling rates and concerns of public health.

Study finds no ‘conclusive’ evidence of EfW health risks
By
Lidia Creech
| 21 June 2019 |
Add a Comment
The energy-from-waste industry has welcomed a study that found emissions from waste incinerators lead to no increased risk of birth defects, but report authors say further research is ‘warranted’.

UK incinerators released 11m tonnes of CO2 in 2017, says UKWIN
By
Lidia Creech
| 26 October 2018 |
Add a Comment
Around five million tonnes of fossil-based CO2 was emitted from the UK’s waste incinerators in 2017 from the burning of fossil-based materials such as plastics, according to a new report by the UK Without Incineration Network.

In breach of environmental regulations, the illegal waste exceeded permitted quantity limits and contained materials harmful to humans and the environment

The environmental consultancy will draft measures to reduce waste, increase recycling and stimulate the economy through improved resource management

Prevalent in the personal care industry, sample sachets prove almost impossible to recycle, and are the most common branded plastic waste pollutant