The Scottish Parliament has voted to approve regulations that will establish a deposit return scheme (DRS) for single-use drinks containers in Scotland. 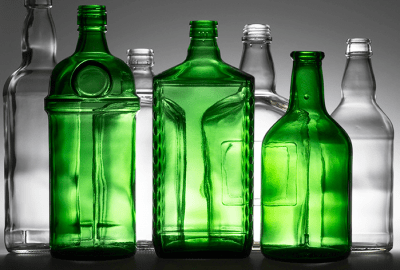 The legislation passed yesterday (13 May) will see a 20 pence cash deposit placed on all drinks containers above 50 millilitres and up to three litres in size made from aluminium and steel, glass or PET plastic – known as an ‘all-in’ approach – in an effort to encourage consumers to recycle.

The deposit placed on containers can be redeemed when the used product is returned to a retailer, returning containers over the counter or by using a reverse vending machine (RVM), which returns deposits in the form of cash or tokens and stores containers. There will be more than 17,000 return points across the country, in order to make the scheme as accessible as possible.

36 SNP MSPs voted for the legislation, with the Conservatives voting against (16) and Labour and the Liberal Democrats abstaining (19).

An agreement was reached that there would be a review of the performance of the scheme by October 2026 considering the deposit amount, materials applicable for the deposit scheme and collection targets.

Now the legislation has passed, Zero Waste Scotland will soon be releasing details on how organisations can apply to be a scheme administrator that will run the scheme. The Scottish Environment Protection Agency (SEPA) will act as the enforcement authority for the DRS.

Despite the passage of the regulations into the law, the start date for the implementation of the DRS scheme has been delayed from April 2021 until July 2022 due to the Covid-19 pandemic to allow businesses more time to prepare for the scheme.

Scottish First Minister Nicola Sturgeon first committed to the scheme in 2017, hoping that the introduction of a DRS would see a dramatic reduction in the littering of single-use drinks containers and provide a boost to the nation’s recycling rates, and commissioned Zero Waste Scotland to work out how DRS could be implemented effectively across the nation.

Research from Zero Waste Scotland suggests that DRS could result in almost 11 million fewer plastic bottles littered every year in Scotland and a 90 per cent reduction in litter for the materials included in the scheme. Scottish Environment Secretary Roseanna Cunningham, who laid down the final legislation in March, described the scheme in an accompanying statement for DRS in March 2019 as “the best possible opportunity to drive the increases in recycling we wish to see”.

However, concerns have been raised with the scheme – the Aluminium Packaging Recycling Organisation (Alupro) has claimed that the DRS could result in 823 million more plastic bottles entering the market, as the flat-rate 20 pence deposit will encourage consumers to choose larger plastic bottles rather than multi-pack cans.

Meanwhile, upon the passing of the legislation, British Glass reiterated its position that glass should be excluded from the DRS, though maintaining that it will work with the Scottish Government to “minimise the damage to the Scottish glass industry”. Dave Dalton, British Glass CEO said: “We continue to believe an alternative Extended Producer Responsibility (EPR) model would increase the recycling rates of glass, be more cost-effective and offer double the CO2 savings than a DRS in Scotland.”

The impact of the DRS on small businesses has also been discussed, with the Federation of Small Businesses calling for businesses under 200 square feet to be exempt from the scheme due to space and staffing restrictions.

The UK Government is keen to follow Scotland’s lead and introduce a DRS in England, Wales, committing to do so by 2023 in its responses to consultations on proposals included in its 2018 Resources and Waste Strategy.

A second consultation will be held in 2020 to determine the costs, benefits and specific details of the DRS, including which materials and sizes will be included.

The Department for Environment, Food and Rural Affairs (Defra) has said it will ‘work with the devolved administrations to accomplish a coherent UK-wide approach’, which might suggest that the UK Government could introduce a DRS in line with Scotland’s ‘all-in’ scheme.

The timetable for its introduction is dependent on the passing of the Environment Bill to enable the tabling of secondary legislation to establish a DRS. The Bill is currently in the Committee Stage of its passage through the House of Commons.

While the legislation proposed in the Environment Bill only applies to England and Wales, officials in Northern Ireland are aiming to match the timetable.

You can read more about the DRS on Zero Waste Scotland’s website.

To celebrate International Repair Day on 20 October, here are five organisations at the forefront of the repair and reuse movement, encouraging people to opt out of society’s throwaway approach to our belongings.

Circular transition: Steps to be taken by the WEEE sector