Zero Waste Scotland has released figures today (30 July) to reveal the extent of litter reduction that could result from the implementation of Scotland’s deposit return scheme (DRS).

The scheme, which is expected to be implemented later this year, will place a 20 pence deposit on a variety of drinks containers, which can then be reclaimed when consumers return their empty containers for recycling.

According to new estimates from Zero Waste Scotland, the DRS will result in almost 31,000 fewer plastic bottles littered in Scotland each day – adding up to more than 11 million each year.

Plastic is only one of the materials covered by the scheme, which will also include steel and aluminium cans, and glass bottles. Whilst the estimates from Zero Waste Scotland only consider the effects on plastic bottle waste, the overall impact on litter is expected to be even higher: it is suggested Scotland could see a 90 per cent reduction in litter for the materials included in the scheme.

“Our new figures reveal just how big a difference that will make in reducing litter all across Scotland. From our beaches to the parks in our cities, there will be fewer bottles and cans spoiling our beautiful country.

“Scotland’s deposit return scheme will give people a 20 pence incentive to do the right thing with their empty bottles and cans – take them back for recycling, rather than risk them ending up on our streets or in our rivers.

“Litter isn’t just an eyesore – it also pollutes our environment and seas. And for every bottle littered, more plastic has to be created, generating more planet-damaging emissions.

“When you take back your empty bottles to be recycled, you’ll not just be getting your 20 pence back – you’ll be doing your bit in the fight against climate emergency.”

Concerns have been raised about whether the implementation of a DRS will undermine kerbside recycling collections, as cans and bottles may be diverted away from the kerbside, depriving councils of a valuable source of revenue.

Rick Hindley, Executive Director of Alupro, the Aluminium Packaging Recycling Organisation, highlighted the issues surrounding DRS in an article for Resource, arguing that there will be ‘massive challenges’ in the implementation of the scheme.

With Germany as the only country to have imposed a DRS on top of a kerbside collection system, there is huge uncertainty as to what impact a DRS will have on existing recycling systems. 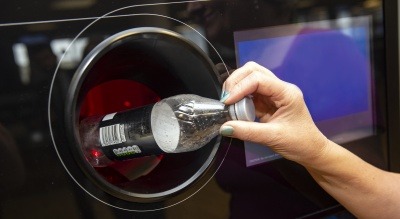 Furthermore, Hindley notes, Scotland’s proposed 20 pence deposit is double the deposit used in the Scandinavian schemes on which Scotland’s forthcoming systemis based. This raises issues surrounding multi-packs of drinks – placing the 20 pence deposit on each item in a multi-pack will heavily increase the total cost of the product. Consumers could therefore be more likely to choose larger PET bottles over more expensive multi-packs of cans, increasing demand for single-use plastic.

Read more: DRS: A whole can of worms

The UK Government has recently confirmed its plans to introduce a DRS for drinks containers in England and Wales from 2023, with Northern Ireland matching a similar schedule.

This announcement follows a consultation by the Department for Environment, Food and Rural Affairs (Defra), in conjunction with the Welsh devolved administration and the Department of Agriculture, Environment and Rural Affairs (DAERA) in Northern Ireland, which considered responses from the public and stakeholders about how a DRS could take shape.

Although representatives from all four UK nations met in July last year to discuss plans for a UK-wide DRS, Scotland is now going it alone, moving forward with plans to introduce its own DRS later this year.

DRS: A whole can of worms
By
Rick Hindley
| 26 July 2019 |
Add a Comment
Rick Hindley, Executive Director of Alupro, the Aluminium Packaging Recycling Organisation, gets his teeth into the issues surrounding deposit return schemes and their impact on aluminium can recycling.

Government responds to resources and waste consultations
By
Lidia Creech
| 24 July 2019 |
Add a Comment
Defra’s response to the resources and waste consultations confirm that big changes will be on the cards for 2023, with a deposit return scheme, extended producer responsibility regime and consistency of collections all proposed for introduction by then.