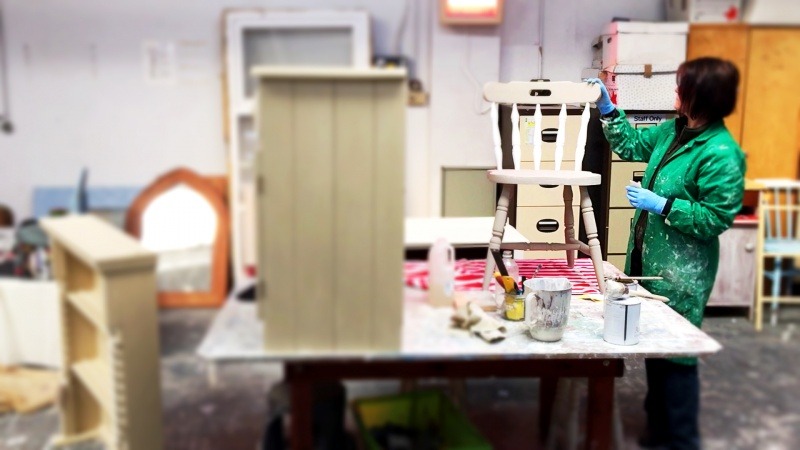 A new report sets out how a focus on reuse could transform the Welsh economy and drive progress towards zero waste.

Wales is aiming to achieve zero waste – all waste reused or recycled with no landfill or incineration – by 2050, as set out in its ‘Towards Zero Waste’ strategy. The 2025 target is to have 70 per cent of waste reused, recycled or composted, and the country has independently reported that it achieved 64 per cent in 2017. This new report, funded by the Welsh Government and developed by the Waste and Resources Action Programme (WRAP) Cymru and consultancy firm Resource Futures, explains how increasing reuse can support waste goals and benefit councils, citizens and the environment.

Titled ‘Preparing for re-use: A roadmap for a paradigm shift’, the report models four different scenarios:

Concepts such as modular design (items that are easy to take apart, designed with repair in mind) and product leasing (renting items which will then be guaranteed repair or replacement) are suggested as methods to move towards Scenario C.

Even without a complete paradigm shift, it is suggested that by following the report’s recommendations, up to 1,170,000 tonnes of reusable items (including furniture, textiles, paint, wood and electronics) could be saved from disposal, and Wales could make nearly £1.5 million in sales from items prepared for reuse. The country could also make greenhouse gas savings of 4.6 million tonnes (CO2 equivalent) when factoring in the reduced amount of emissions from incineration, landfill and manufacturing that would accompany a rise in reuse.

Actions recommended in the roadmap include introducing a national reuse target within the wider recycling target, providing incentives to drive activity up the waste hierarchy away from disposal and establishing national reuse hubs and collection points.

Welsh Environment Minister Hannah Blythyn, who launched the report, commented: “Reuse helps reduce the strain on our valuable resources. My ambition is to create a more circular economy in Wales, making more of what we consume here and becoming a global centre of excellence for reuse.

“I’m proud that Wales is the top nation for household recycling in the UK and third in the world. The roadmap will be a vital source of information as we work towards our goal of becoming a zero waste nation by 2050.”

Supporting reuse in the community 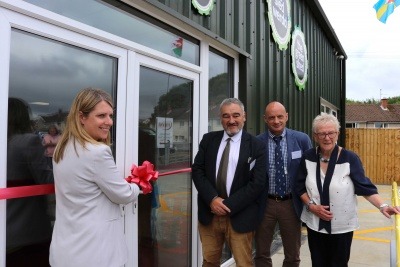 Support for local repair and reuse initiatives is also seen as a key driver to improve the rate of reuse in Wales. The report was launched at one such initiative: FRAME, a reuse and recycling centre near Haverfordwest, Pembrokeshire. The launch of the report also coincided with the opening of a new facility on the site, called the Green Shed, which will act as a zero waste hub for the local area.

FRAME is a social enterprise providing training and work for over 200 people with disabilities and mental health difficulties every year through its furniture reuse scheme. In 2017, the organisation collected 732 tonnes of second-hand items, saving the council around £50,000 in disposal costs. The would-be waste is then given a second life through painting and reupholstering and is sold online and in three reuse stores in Pembrokeshire. There is even a new arrangement with an American organisation to send unwanted dark wood furniture to charity shops in Oregon.

Jenny Sims, who founded FRAME in 1993, is the beating heart of the organisation, saying that “support for people with disabilities [is] the only reason FRAME exists… We put the social in social enterprise first.” The Green Shed is an extension of this idea, described as ‘a concept as well as a building… to galvanise collaborative working in a community visibly for that community’s benefit’.

Developed with support from the Welsh Government, the Green Shed will contain event and conference spaces, an office for a local Zero Waste Champion, and various projects combining a zero waste mentality with a positive social impact, such as art therapy classes, a glass upcycling studio and a plastic recycling project inspired by Precious Plastic, which is helping communities across the world to set up small-scale recycling facilities.

Also present on the ground floor of the building is the Pembrokeshire Remakery, an organisation set up by Stephen Merrill and Nicky Middleton-Jones. Previously working out of town halls, libraries and a shipping container, the Remakery has now found its full-time home in the Green Shed, where volunteers will help people to repair rather than throw out their household items such as furniture, bikes and electronics. 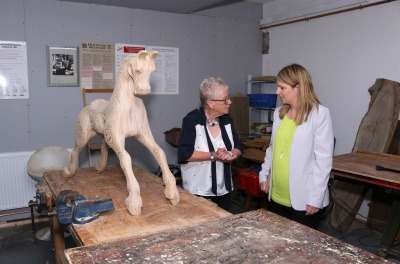 The Green Shed project has collaborative working at its heart, aiming to bring the local community together in support of the reuse movement. It is also designed to be replicated; Eifion Williams, CEO of Circular Economy Wales CIC, explained how his organisation is gathering ‘blueprints’ for best practice (like the Green Shed) into a database to be shared across the country. The ultimate goal is to create a ‘brand’ of reuse and recycling operations which can be tailored to each local community.

Echoing the call for collaboration was Carl Nichols, Head of WRAP Cymru, who said of the new report: “This roadmap demonstrates the key role which preparation for reuse can play in the development of a circular economy for Wales. My WRAP Cymru colleagues and I look forward to continuing to work with the Welsh Government, local authorities, third sector organisations and businesses to accelerate the shift towards a Welsh circular economy, with all the benefits this will bring.”

The full report, ‘Preparing for re-use: A roadmap for a paradigm shift’, can be found on the WRAP Cymru website.

The Restart Project: Repair in the community
By Resource |
7 March 2017 |
Add a Comment
The Restart Project is bringing the circular economy to the grass roots, with community repair events helping people fix their technology and build skills, confidence and networks.

John Lewis to reduce waste by buying back unwanted clothing
By
Gethin Roberts
| 18 June 2018 |
Add a Comment
A new app, developed in partnership with Stuffstr, will enable customers to sell their clothes back to John Lewis to be reused or recycled.

Friends of the Earth and City to Sea are urging politicians, companies and the public to take action on water bottles to help reduce plastic pollution

Four-in-five people in Britain are concerned about the amount waste produced in the UK, a new poll has revealed, as the tenth annual Zero Waste Week kicks off.

What should you do with garden waste during lockdown?

With waste services experiencing heavy disruption across the country during the Covid-19 outbreak, UK households are being encouraged to start home composting during lockdown. Resource has compiled some tips, marking International Compost Awareness Week (3-9 May), to get you started with home composting, creating good habits for the pandemic and beyond.

Co-op, Coca-Cola Great Britain, Danone, Ocado and Waitrose have all confirmed their involvement in the 18th annual Recycle Week