Extended producer responsibility (EPR) sounds sensible and enticing from a waste management perspective. But how far is it possible to go, and what do we need to do to achieve it? Resource asked four experts

A product’s price should reflect more than just its supply and demand. The product’s environmental impact has a cost that governments, consumers and businesses increasingly recognise needs to be included in its overall price. Different forms of extended producer responsibility, or EPR, already operate across Europe as components of successful waste policies, but their significance could and should increase further.

To make the most of EPR, we have to build on existing best practices. The European Commission is pushing for this, having provided guidance and golden rules on EPR, as well as minimum requirements for putting it into practice. The idea is to make its adoption by EU member states more systematic and successful.

Secondly, EPR has to deliver for environmentally-friendly product design. Producers should be rewarded, and pay lower EPR fees, if they put products on the market that are easier to deal with at the end-of-life, particularly with regards to disassembly, repairability, recyclability and chemical contents. The differentiation of fees and waste treatment standards need to be harmonised on a large enough scale to incentivise producers to change design. The revised Waste Electrical and Electronic Equipment Directive has provisions that go in that direction (notably article 12.6).

Thirdly, EPR should be deployed beyond waste treatment. What if producers were also made financially responsible for the environmental impacts of manufacturing and product use? For example, those using refrigerants with higher global-warming potential could pay more; and manufacturers using recycled instead of virgin materials could pay less. While some initiatives do this already, as long as they remain small-scale, global manufacturers are unlikely to change.

But there is a caveat. Producers should not be left to deal with EPR by themselves. Governments need to define waste prevention and recycling targets, as well as waste treatment standards, in tandem with setting up EPR schemes. These targets also need to be enforced. Otherwise, there is a risk that EPR becomes a race to the bottom, with scant regard for the environment and little resource use optimisation. www.eeb.org

The energy embodied in manufactured goods accounts for most human-caused greenhouse gas emissions from a consumption-based greenhouse gas accounting perspective, and by far most of these emissions occur before the point of sale. Producers have the greatest ability – and responsibility – to design products and marketing systems that reduce environmental impacts.

As the scale of climate disruption becomes clearer, establishing producer responsibility for each product’s environmental impacts, including when consumers are done with them, will be an important policy tool to drive the transition to a circular economy.

If we are to avert the worst consequences of global warming, EPR should be the default policy for any manufactured product. A combination of incentives and disincentives, along with outright bans and take-back requirements, can drive producers towards innovation and improved design. Don’t like regulation? Then design your product for continuous reuse, as Bill McDonough and Michael Braungart might say.

In the United States, leading practitioners have agreed to use product stewardship as an inclusive term to include voluntary initiatives and mandatory policies. EPR is specifically reserved for government policies focused on post-consumer management with the intention of reducing overall environmental impacts. In the US, most EPR policies are at the state level.

The role of government in EPR is critical. We believe the most effective role for government in EPR is to establish environmental targets and outcomes in the public interest; to ensure public accountability and transparency; to act as a tough referee to ensure that all market participants play by the same rules – and then let producers innovate to achieve the targets. That’s the ideal. upstreampolicy.org

There are essentially three policies that are needed to drive high performance in municipal waste management:

a) making the management of residual waste more expensive, notably, through taxes on landfill and incineration;

b) deploying producer responsibility schemes across a range of products and packaging, giving due care and attention to the design of the schemes so that they incentivise (as far as possible) ecodesign, reuse, repair and remanufacture, and ensure that full financial responsibility is placed upon the obligated producers (preferably, at the individual level so that ecodesign possibilities are taken up as far as possible); and

We already have the first of these in the UK, though consideration of further increases in Landfill Tax, and a tax on other forms of residual waste treatment, would be worth exploring. On the second, we have been hung up on the desire to see competition in the provision of a service that doesn’t necessarily need competition ‘in the market’. A distinction often made in the household waste collection market is that between ‘competition in the market’ and ‘competition for the market’. The latter is the system commonly used in the UK (and most other countries), where a single provider delivers the service, but competes to do so periodically. Most informed commentators understand that this has benefits in terms of efficiency and cost. The former relates to an openly competitive system, and lists the Tea Party amongst its enthusiastic supporters.

We could apply producer responsibility far more intelligently than we do, with producers’ role being enhanced within systems that they can help to deliver what they – as producers – really want. We could also apply it far more widely, and include specific targets for reuse as appropriate. This would help recast what we are doing within the logic of the circular economy where the key actors are not a range of competing compliance schemes, but perhaps a single (for each product or material) producer-serving scheme designed to maximise the value of the collected products and materials. www.eunomia.co.uk 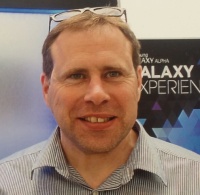 The electronics industry is one of the main actors in extended producer responsibility for end-of-life products, batteries and packaging across Europe. At present, our role is the payment of the costs to recycle our products placed on the market.

We believe we are already seeing the possibilities of EPR in some European countries. WEEE, battery and packaging legislation originally introduced as a tax to support the recycling industry has now moved to be a potential return on investment for some products. Most products placed on the market are now being bought by recyclers from the collection sites and, in some countries, costs are nearing zero. This isn’t the case with all schemes: one country only invests 50 per cent of the manufacturers’ WEEE fees back into the recycling process and keeps 50 per cent as a tax, whereas another has finally introduced changes to legislation to stop ‘traders’ buying waste credits and selling them for a profit.

We, as producers, play an important role in this circular economy by looking at the entire lifecycle of the product to identify where we can have the biggest impact. For us, it is the design phase that is the most important as this impacts each step: from manufacture to distribution, to use of the product – which includes energy consumption, durability, compatibility and ease of repair – and finally, end-of-life dismantling and the recycling of parts.

In the last 10 years, our products have seen significant changes in the materials used – TVs are a tenth of the weight and use a tenth of the energy while tablets are, again, 10 times faster and weigh a tenth of products 10 years ago.

Compatibility is very important to extending the life of a product, and some manufacturers have included this ethos in products. Great examples include supporting universal charger compatibility as well as ensuring the upgradeability and easy replacement of parts.

For EPR to continue to work effectively from a manufacturer’s viewpoint, we would encourage member states to promote transparency in their schemes; encourage competition; only apply rules to the actors that actually have control; set minimum recycling standards, choice of compliance, harmonisation, and enforcement of the rules; as well as educating the consumers. www.samsung.com