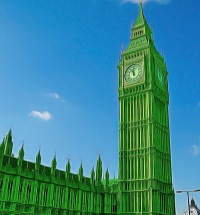 The Resource Association (RA), a trade association for the reprocessing and recycling industries and their supply chain, today (19 May) issued an open call to Prime Minister David Cameron to reach out to the waste and resources industry when Parliament officially opens on 27 May and adapt his ideas for ‘blue-collar Conservatism’ into “green-collar Conservatism for the green economy’.

The calls were made by the RA’s Chief Executive Ray Georgeson at the organisation’s Annual General Meeting (AGM), held today in London.

Georgeson said: “The Prime Minister has turned heads with his statement at the first Cabinet meeting of the new government about embracing ‘blue-collar Conservatism’. We urge him to take this a stage further and rediscover his former zeal for environmental matters, but much more than simply environment, to turn his attention to green economic matters as well and turn his vision into one that we can call ‘green-collar Conservatism’.

“We know that in the resources sector, our ability to marry economic growth with good environmental performance is a record to be proud of and that we have so much potential to do even more with strong leadership and vision from government. No longer are our issues the exclusive preserve of environmentalists  - the green economy has consistently outperformed other parts of the economy on GDP increase and job creation and we urge the Prime Minister embrace this and add green-collar Conservatism to his lexicon and his policy-making.”

‘The opportunities are there, the prizes are great’

There have been increasing calls for government to take a proactive stance on waste reduction and recycling, after the previous administration ‘stepped back’ from some areas of waste policy, despite the sector being one of the few to grow during the financial crisis. As such, there have been appeals for the new government to take a leading role in the incoming EU Circular Economy Package and to bring in a new governmental structure for resource management. (However, there have already been delays in announcing who will be responsible for this area at the Department for Environment, Food & Rural Affairs (Defra), with the department confirming today that Lord de Mauley has not been reappointed as a Defra minister, despite previous reports.)

The RA also brought out its own Manifesto for Resources ahead of the general election, which called on called on the next government to implement a new Resource Management and Circular Economy Act to improve resource efficiency and waste policy.

Georgeson commented: “With new and reappointed Ministers and Secretaries of State in Defra, DCLG [the Department for Communities and Local Government] and BIS [the Department for Business, Innovation & Skills], we hope that they will respond to the calls from our industry with renewed vigour and listen to our plea for clear and ambitious strategy for resources and the circular economy, most recently articulated by us in our Manifesto for Resources 2015.

“The opportunities are there, the prizes are great and we stand ready to respond with energy and investment to deliver much more ambitious resources and circular economy strategies if the Government is brave enough to lead the way.” 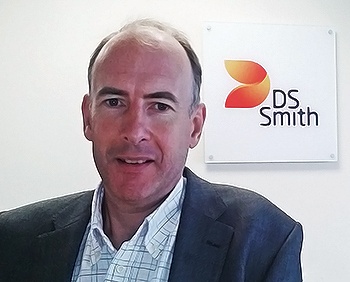 Today’s AGM also saw the election of the RA’s new board, with interim Chairman Peter Clayson (pictured, right), Business Development Manager of DS Smith, being confirmed as the association’s Chairman.

Upon appointment, Clayson said: “I am honoured to have been confirmed by my colleagues to chair the association’s board for the coming year and look forward to what will be a challenging and exciting year.  With a new government, political developments in Scotland and of course a likely EU referendum, we will need all the leadership we can get from government to guide our industry forward. We want to play our part is shaping our own future policy agenda and will remain fully engaged on all fronts.

“There is certainly much work to do if we are to ensure the best possible quality materials are captured and returned into the economy. Quality should be on everyone’s agenda, whether at the design stage, in manufacturing, at a retail outlet or when sent for recycling. It is essential to communicate this message effectively.”

Mandy Kelly, Business Development Director at Palm Recycling and Paul Smith, Associate Director Environment Health and Safety at Coca-Cola Enterprises were both appointed to the board for the first time, as Eric Randall, Director of Bryson Recycling and Chris Dow, Chief Executive of Euro Closed Loop Recycling stepped down. The board thanked Randall and Dow for their ‘excellent service’.

Find out more about the RA’s Manifesto for Resources 2015.

Resource Association releases manifesto for resources
By
Annie Kane
| 31 March 2015 |
Add a Comment
The Resource Association is calling on the next government to implement a new Resource Management and Circular Economy Act to improve resource efficiency and waste policy.

Lord de Mauley leaves Defra
By
Annie Kane
| 19 May 2015 |
Add a Comment
Lord de Mauley is no longer a minister at the Department for Environment, Food & Rural Affairs, after failing to be reappointed as Parliamentary Under Secretary of State for Natural Environment and Science.

Rory Stewart replaces Rogerson at Defra
By
Annie Kane
| 12 May 2015 |
Add a Comment
The Conservative MP for Penrith and The Border, Rory Stewart, has replaced Dan Rogerson as Parliamentary Under Secretary of State at the Department for Environment, Food & Rural Affairs.

Viridor has signed a five-year contract with consumer goods group Procter and Gamble (P&G) for the supply of recycled plastic.

A round-up of news from the waste and resources sector, including Recolight, Reconomy, Dsposal, Keenan Recycling and Bollegraaf.