The company transforms waste plastic into a crude oil equivalent called Plaxx using its RT7000 chemical recycling machines, capable of processing 7,000 tonnes of waste every year. The machine accepts feedstock containing items perceived to be unrecyclable, such as black plastic and plastic films, and the resulting product can be refined into chemicals for use across a number of industries including for the production of new plastic items. 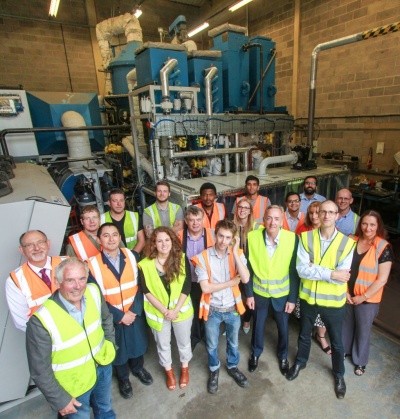 Hodges, who previously worked as Director of Engineering at Viridor, commented: “I am very excited to be involved in this pioneering organisation, one that is fast gaining recognition in the UK and around the world. Recycling Technologies has an unrivalled opportunity to resolve problems of retaining difficult to recycle plastic in the chain of utility”.

Frayne, who has a human resources background, noted that although Bill’s has stopped using plastic straws in its restaurants, “not all plastic is avoidable, such as the plastic that protects our food and makes our cars lighter.” She continued: “For this, we need great developments such as the chemical recycling of plastic to enable us all to recycle our plastic waste with confidence at home.”

Landfill vs incineration: what’s best for leftover plastics?
By
Keith Freegard
| 26 February 2018 |
Add a Comment
As China’s import restrictions see levels of waste plastic rise in the UK, Keith Freegard, Director of Axion Polymers, argues that low-grade materials should be landfilled rather than burnt for energy.

Plastics reprocessor REGAIN Polymers has been sold to Imerys Group, a multinational supplier of mineral-based solutions based in Paris.

Anaerobic digestion operator Amur has gained the PAS 110 standard for digestate produced at its Yorkshire facility.