Almost half of councils have plans to reopen their Household Waste Recycling Centres (HWRCs) within the next two weeks, according to the latest Covid-19 local authority impacts survey, while recycling collections have experienced a slight increase in disruption.

The latest survey from the Association of Directors of Environment, Economy, Planning and Transport (ADEPT) covering the week starting 27 April asked a new question to respondents on whether they have plans in place to reopen their HWRCs. 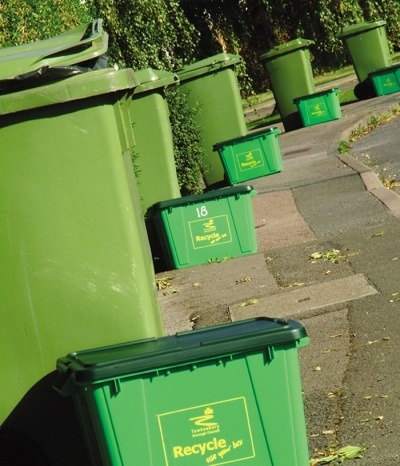 Operation of council collection services
However, the proportion of recycling services operating as normal has fallen by five percent to 78 per cent, with those experiencing minor disruption increasing to 19 per cent.

Certain collection services have seen a marked improvement from last week, with 77 per cent of food waste operating normally, up 10 per cent, and commercial waste collections increasing by 16 per cent to 78 per cent.

Garden waste collections still remain disrupted with only 60 per cent being fully operational, and 22 per cent of councils having withdrawn this service, though these figures are an improvement on 56 per cent of collections operating normally and 28 per cent suspended last week.

Regarding disposal, 93 per cent of landfill and Energy from Waste (EfW) facilities are operating normally but Material Recovery Facilities (MRFs) are experiencing increased disruption, with 75 per cent functioning as usual.

The biggest reasons identified for service disruption by collection authorities were staff absences due to self-isolation and effects of social distancing at 56 per cent and 36 per cent, while problems with supply chains (six per cent) and increases in service demands (nine per cent).

Disposal authorities identified the effects of social distancing (47 per cent) as the greatest reason for disruption, while eight per cent cited major increases in service demands.

Operation of council disposal services
The fifth edition of the survey gathered responses from more than 250 local authorities and is supported by the Local Authority Recycling Advisory Committee (LARAC), the Local Government Association (LGA) and the National Association of Waste Disposal Officers (NAWDO).

Speaking on behalf of these key networks Ian Fielding, Chair of ADEPT’s Waste Group, said: “Defra has published its updated guidance for HWRCs which is likely to see more sites open in the coming weeks, although Defra recognise that not all centres will be able to open at this stage because of the necessity for social distancing and minimising congestion.

“We will be closely monitoring this through our survey but it is clear that the safety of site operators and the general public must remain the overriding priority in this respect.

“I want to thank our waste services teams for all their hard work in keeping our essential services running.”

Last week, Local Government Secretary Robert Jenrick called on local authorities to “plan the organised opening” of HWRCs in the coming weeks. Following this, local authorities released a guidance document on safe reopening HWRCs on Monday (4 May). Further information from the Department for Environment, Food and Rural Affairs (Defra) was then published yesterday (5 May) concerning limiting the risk to public health when reopening HWRCs.

You can view ADEPT’s survey results in full on its website.

Jenrick to ask councils to reopen HWRCs in coming weeks
By
Lidia Creech
| 29 April 2020 |
Add a Comment
Robert Jenrick, the Secretary for Housing, Communities and Local Government, has said that local authorities will be asked to “plan the organised opening” of Household Waste Recycling Centres (HWRCs) in the coming weeks.

Law does not prevent HWRCs reopening, says government
By
Lidia Creech
| 6 May 2020 |
Add a Comment
The government has stated that there is ‘no reason in law’ why Household Waste Recycling Centres (HWRCs) shouldn’t be open and has yet again urged local authorities to reopen sites, issuing guidance on how to do so safely during the Covid-19 pandemic.

In The Loop: Toolkit and funding may boost recycling on-the-go

Free skips in every ward and free bulky waste collections are one of a number of options being considered by Walsall Council as incidents of fly-tipping in the local authority continue to rise.