Recycling and recidivism: How waste and reoffending can be addressed together

Each year in England and Wales, waste collection and disposal costs local authorities more than £2 billion, according to the Chartered Institute of Public Finance and Accountancy, with over 40 million tonnes of rubbish being dumped at landfills annually. Moreover, Ministry of Justice figures indicate that reoffending in the UK costs between £9.5 billion and £13 billion a year, with 44 per cent of people leaving prison going on to commit further offences within 12 months of release. But what do these two massive costs to the UK economy have to do with one another? 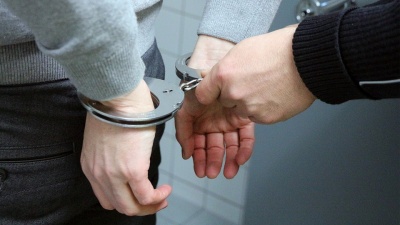 Well, while these issues both undoubtedly represent a large drain to the UK’s resources, it’s just possible that there are innovative ways to tackle both problems simultaneously at ground level, and several social enterprises are looking to do just that.

One of the key factors affecting recidivism is unemployment, with people who secure employment after leaving prison less likely to reoffend. Statistics from the Prison Reform Trust indicate that the reoffending rate for those who are unemployed after a custodial sentence is 59 per cent, compared with just 39 per cent for those who are in employment.

With restrictions on jobs ex-offenders can do, and many employers being unwilling to hire them, despite the law stating that those with spent convictions cannot be discriminated against, 75 per cent have no job on release. Many leave prison with no skills, qualifications or hope of steady employment, but that’s where organisations aiming to teach offenders recycling skills (and sometimes offering them jobs after they serve their sentences) are increasingly coming in…

Life Cycle UK rescues old, unwanted bikes that would otherwise end up in a landfill, and teaches prisoners at HMP Bristol, HMP Stocken and HMP Nottingham skills to refurbish them. The newly refurbished bikes are then sold on at reduced prices to those who are vulnerable or marginalised, promoting social inclusion and helping people with means to get to work. 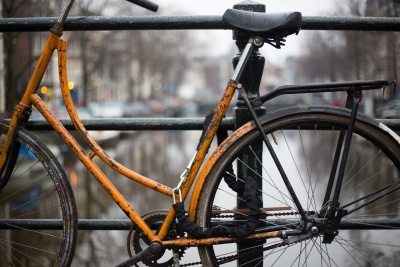 On the scheme, participants can earn a nationally accredited City & Guilds qualification in Cycle Mechanics, helping them to gain employment on release. In 2015/16, 87 prisoners took part in the project, resulting in 569 bikes being refurbished and sold. A study by the University of Bristol on social return on investment showed that for every pound invested in the charity’s projects, there is a social return of £8.05.

FCC Environment's Chief Executive Officer Paul Taylor comments: “The bike reuse scheme is a great project; it saves bikes from landfill, enables prisoners to develop skills which will help them gain employment when they leave prison and local people can buy bikes at good prices, which in turn benefits Abacus. I really enjoyed seeing how the project works and would like to thank everyone involved for making the bike reuse scheme such a success.”

'Re-love a bike'
Prison officer Darren Conroy added that the project gives offenders “a sense of job satisfaction”, as well as giving them much needed time out of their cells.

FCC Environment has also supported HMP Rochester with an updated recycling system, helping it to achieve zero waste to landfill. Prisoners sort recyclable waste in a new waste management centre within the prison, which is then taken to FCC’s integrated waste management facility in Allington, Kent.

Reuse and recycling social enterprise Recycling Lives, meanwhile, works in seven prisons across North West England, helping to reduce reoffending by equipping prisoners with skills for work. According to the company, only one in 20 who participate in its HMP Academies go on to reoffend, a rate far below the national average.

The business was founded by Steve Jackson OBE in 2005, and since then has developed into an award winning enterprise, having received the Queen’s Award for Enterprise in Sustainable Development, and a Profound Impact Award from the 2016 Northern Enterprise Conference.

Prisoners receive training and employment at electrical recycling centres, which operate within the prisons. They receive a salary, 40 per cent of which goes to victim support funds. Experienced staff deliver the training, and prisoners can earn various qualifications including an NVQ Level 2 in Recycling. Following release, programme participants are supported to gain employment, often within the business or with one of its partners. Several go on to train future cohorts. Recycling Lives provides accommodation and careers advice, with the aim of giving offenders the confidence to seek employment and readjust to life outside of prison.

Graham Beck, Governor at HMP Kirkham, commented: “I’m impressed by the imagination that Recycling Lives brings to our organisation. Each man has the chance to articulate what they need to learn, to explain what their hurdles are likely to be in the future and to have those things addressed through the Recycling Lives programme. A number of men have successfully gone on to be employed full time by Recycling Lives, and I think they are evidence of the success of the programme in getting people from custody back into citizenship and into productive work in society.”

Alasdair Jackson from Recycling Lives said: “Against the backdrop of the vast reforms which the prison service is undergoing, attention is increasingly turning to how we look after people who have been incarcerated.

“As a society, we need to evaluate what we can do to make people’s time in prison meaningful, transformative, and valuable, both for the individual offender, but also to society as a whole.

“Creating opportunities for people to grow, reform and develop needs to be a wider priority and this is a vital part of what we do at Recycling Lives. We believe that we can release potential in every individual, and we want to unlock and nurture that often-dormant possibility.”

In another project that addresses both recycling and recidivism, online retailer Ocado has partnered with social enterprise Hubbub and HMP Northumberland to provide prisoners with skills for work while simultaneously addressing textile waste, by turning old uniforms into aprons and tote bags.

The initiative was introduced in December 2015 at the All Party Parliamentary Group for Ethics and Sustainability in Fashion. Kate Riley, a uniform specialist from research consultancy Oakdene Hollins and panellist at the event said: “Two in seven people in the UK wear corporate uniforms, nearly 33 million corporate garments are provided for their use and around 90 per cent goes to landfill or incineration each year. The main barriers are around branding, materials, garment design and lack of knowledge of how to dispose of garments in a responsible way.”

The tote bags and aprons that the prisoners create have been designed by sustainable fashion brand ‘everything in colour’, and proceeds from their sale go to projects supported by the Ocado Foundation. Prisoners receive a salary for their work in the prison’s textile workshop, as well as learning skills that could help them gain employment on release.

Tony Simpson, Director of HMP Northumberland, said: “As a working prison, our objective is to provide meaningful activity for prisoners to give them the best chance of finding employment upon release. Learning new skills and developing a strong work ethic are known to have a positive impact on reducing reoffending when offenders return into the community.”

It is innovative programmes like these that are empowering men and women, to pick up the pieces of broken lives and forge them into something positive, giving them a hope for the future. As Recycling Lives notes: ‘Recycling is all about second chances.’

FEAD has called on the EU to implement a series of ‘pull’ mechanisms to complement the ambitious recycling and landfill diversion targets in its Circular Economy Package.

The Department for Environment, Food and Rural Affairs (Defra) has reintroduced the Agriculture Bill to Parliament, with soil quality at the heart of a new land management system that rewards farmers for environmental protection.

The government has today (16th January) launched a new task force to crack down on waste crime, which costs the UK economy at least £600 million a year.