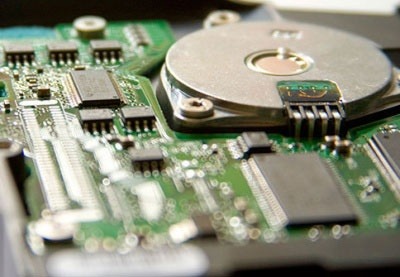 Rare earth magnets are used in many common appliances, yet less than one per cent are currently recycled
Birmingham University has been awarded almost €5 million (£4.35m) to pilot a new technology for reclaiming rare earth metals from magnets.

The funding comes from the EU’s Horizon 2020 research and innovation programme, which is running until 2020 and awarded €14 million (£12.98m) to industry-based consortium SUSMAGPRO (Sustainable Recovery, Reprocessing and Reuse of Rare-Earth Magnets in a Circular Economy). In turn, SUSMAGPRO has allocated a sizeable chunk of funding to Birmingham University to set up a new facility in which to pilot its new technique.

Rare earth metals, also known as rare earth elements (REEs), are a set of 15 metallic elements that display unique properties making them incredibly useful in smartphones, batteries, and other technological devices and appliances. Though integral to these modern devices, REEs are used in such small amounts that it is difficult to recover them at the end of an individual product’s life, meaning that, as devices become rapidly obsolete and replaced by upgrades, a vast quantity of rare earth metals are going to landfill instead of being reused.

One of the inventors of the extraction process at Birmingham University, Professor Allan Walton, explained: “Rare earth magnets are used in practically every application that uses electricity to produce motion, and underpin industries that are worth more than £1 trillion worldwide. However, both the price and supply have fluctuated considerably over recent years. This means there is considerable opportunity for cost-efficient technologies, which make recycling viable in the long-term.”

With technology increasingly a part of every element of daily life, the use of rare earth metals has increased exponentially and demand is expected to rise to the tens of thousands of tonnes by 2030, according to a study by the University of Science and Technology in Beijing.

As Walton noted, the price of rare earth metals has been inconsistent in recent years and, as 80 per cent of the world’s rare earth metals are produced in China, the recycling of magnets already in circulation will help protect the supply chain for Europe’s manufacturing base.

It is estimated that in 2016, the EU, Norway and Switzerland actually produced around 23 per cent of the world’s total waste electrical and electronic equipment (WEEE). However, less than one per cent of the world’s rare earth metals are currently recycled. As such, it is hoped that the new technology being piloted at Birmingham University could present an exciting opportunity for the development of a complete European supply chain, capable of producing 20 tonnes of recycled magnets a year that would otherwise go to landfill.

How does the process work?

Firstly, the rare earth magnets will be located and concentrated from scrap – a combination of small domestic appliances and larger industrial machinery, up to the size of wind turbines – at Tyseley Energy Park in Birmingham, using a robotic sorting line. The metals will then be extracted at recycling facilities and used to manufacture recycled magnets in plants in the UK, Germany and Slovenia.

Previously, rare earth metal extraction involved the disassembly and removal of magnets.
However, the University of Birmingham’s new innovation, known as Hydrogen Processing of Magnet Scrap (HPMS) uses ‘hydrogen decrepitation’ to break down magnetic metal alloys into a powder instead. This involves hydrogen entering the rare earth metal and expanding, causing the structure to disintegrate. Grains of rare earth metals break away to form a fine powder that can be easily separated from the remaining components.

Compared to previous methods of REE extraction, the team at Birmingham says hydrogen decrepitation makes for a far more time-efficient and cost-effective process, which it envisions will play a key role in the new European supply chain.

As well as cutting down on the amount of rare earth metals going into landfill, the HPMS technique could offer a more sustainable approach to REE extraction, contributing to a reduction in demand for new rare earth metals and helping to reduce the huge amounts of toxic and radioactive liquid waste associated with the mining of these elements.