Paying for it: How to fund local authority waste and recycling services in the next decade

With purse strings continually drawn tighter, council services are increasingly stretched. Rob Cole looks into how the UK might fund the comprehensive waste and recycling services needed to meet higher targets in the 2020s

When it comes to questions of funding, local authorities can be forgiven for feeling like they are fighting an uphill battle. Despite having poured millions of pounds into the UK’s kerbside recycling system, largely bankrolling the jump to 40 per cent recycling in the first decade of this century, local authority waste departments are trapped in a pincer movement, the escape from which appears unclear.

On one flank, you have government austerity measures, imposed on local government over the past decade, which have seen council budgets slashed dramatically with little prospect of this financial pressure being alleviated; between 2015 and 2020, the Revenue Support Grant to English local authorities will have been cut by 75 per cent.

As the situation becomes ever more concerning for local authorities, waste departments are starting to make their voices heard. The Local Authority Recycling Advisory Committee (LARAC) recently released a policy paper, ‘The future of local authority waste funding’, which warned that councils would be unable to meet the new targets without significant funding increases. “It is likely that councils will be left with no choice but to redesign waste services in a way that might not promote high recycling and might not meet residents’ expectations,” says Lee Marshall, CEO of LARAC.

An army marches on its stomach, and local authorities will no longer be able to take the fight to waste if they continue to be starved of funding. Reform needs to happen, and fast.

One area that looks likely to have a significant impact on local authority funding is that of extended producer responsibility (EPR). Within the CEP are contained expectations that EU member states implement EPR schemes for packaging on a full cost recovery basis, which sees producers bear full responsibility for the total costs for the collection, management and disposal of materials they place on the market.

While many EU states operate full cost recovery EPR systems for packaging already, the UK currently runs a limited producer responsibility system – the Packaging Recovery Note (PRN) system. This market-based system sees PRNs issued by accredited reprocessors when they have recycled or recovered one tonne of relevant material; these PRNs are then sold on to obligated producers as proof that a tonne of packaging has been recycled on their behalf.

However, local authorities currently take serious issue with the PRN system, given that the entire system only contributed £73 million in 2017 towards the collection and sorting of packaging waste, while councils spent almost £700 million – meaning producers only cover 10 per cent of the cost.

According to Marshall, this issue will not be resolved through simple reform, and a more drastic overhaul is required to ensure that costs are shared equitably: “The belief that a revised system will deliver full cost recovery as outlined in the CEP is just not realistic. We appreciate it will be a big change to producers but the time has come in the UK for them to make the same levels of contributions that they do in other EU countries.”

If the UK is serious about EPR and achieving a more equal sharing of the costs of waste management, it appears that a totally new system based on full cost recovery will have to be devised. And LAs need to be ready to influence the design of such a system. Joe Papineschi, Director at environmental consultancy firm Eunomia, states that “producers are now concerned with getting on and making sure it’s a good system that doesn’t distort competition and delivers high quality material that is demonstrably good value for money”.

He adds that the time has come for local authorities to get serious about the design of a new system that has the potential to generate “hundreds of millions of pounds of additional funding... There’s definitely a risk for local authorities that they’re left waiting for clarity to come from government while other actors are lobbying for the system to be designed in their interests.”

DRS on its way

While progress on EPR for packaging remains in the development stage, it now seems that any revised EPR regime in the UK is likely to include a deposit return scheme (DRS) for beverage containers.

A DRS functions on the basis that a levy is added to the price of a drink, which can then be redeemed upon the return of the drinks container by a consumer to a designated return point. The deposit functions both as an incentive to the consumer to return the container, as well as a source of revenue to fund collection systems.

LARAC has questioned the need for a DRS several times in recent years, citing figures from the Waste and Resources Action Programme (WRAP) showing that 97 per cent of households in the UK can already recycle plastic bottles – the main target of the proposed DRS – through their kerbside collection, and stating that a DRS would divert funds generated from the recovery of collected materials away from LAs.

Critics of this stance, however, such as Eunomia’s Papineschi, say that LA resistance to a DRS is an example of how “the strategic perspective of local authorities needs to be more integrated”. There will certainly be a loss of material revenue in the event of a DRS being implemented, and it will “not be insignificant”, says Papineschi, but a DRS needs to be seen in the context of a wider, integrated EPR regime and the additional funding that that would bring. 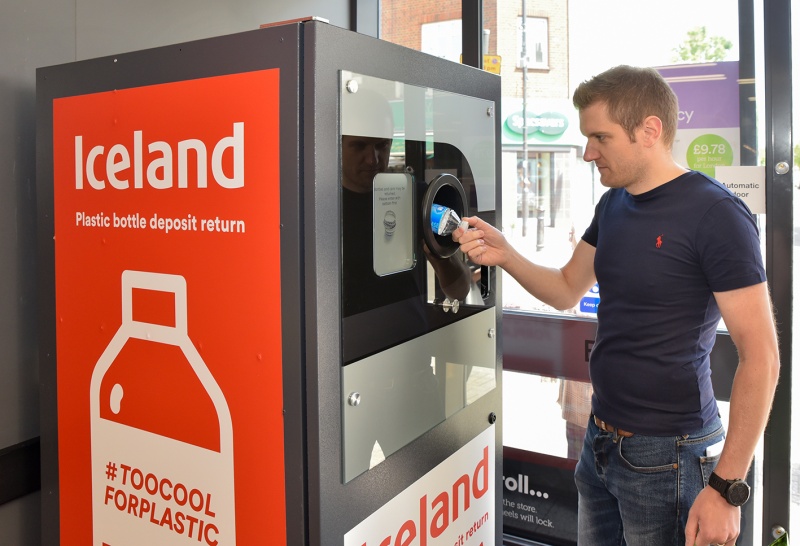 The joy of tax

Beyond EPR, the government has been consulting on a range of fiscal measures that could be deployed to reduce waste, with single-use plastics firmly in the crosshairs: Chancellor Philip Hammond launched a consultation on a Plastics Tax following the Spring Statement in March, which has attracted the highest ever number of responses to a Treasury consultation – 162,000 people responded to the consultation.

There is certainly a public enthusiasm for action on plastics and other forms of waste, and the level of engagement is encouraging. “A consultation where the public are saying, ‘yes, please, can we have a new tax?’ is gold dust for the Treasury,” comments Papineschi, who suggests that tax should be used to target the recyclability of products, incentivising innovation in return for tax benefits.

Another mooted fiscal measure is a tax on incineration, which is set to outstrip recycling as the main fate for the UK’s waste by the end of 2018/19. Proponents say such a tax would encourage a move up the waste hierarchy away from recovery and towards recycling, reuse and prevention – with proceeds going into recycling infrastructure. However, there doesn’t appear to be much appetite for this among the majority of local authorities, with LARAC’s funding paper advising against it due to higher costs (incineration is often cheaper than recycling) and the potential for material to be exported out of the UK economy to incinerators on the continent, losing revenue for councils from collected materials.

A natural extension of taxing waste generation is directly charging consumers for the waste they produce or put out for collection beyond a certain limit. The concept is controversial, but direct charging forms an integral part of waste management systems elsewhere in Europe, in countries like Germany and France, and it does have support, with Marshall stating: “The behaviour change it pushes is the kind that the UK will need to take to make the next step towards consistently high recycling levels”.

Part of the sensitivity in the UK that surrounds direct charging derives from the perception many residents have regarding waste and council tax. The negative reaction to the news that more than half of local authorities have introduced charging for green waste collection, levying £73.9 million in 2016/17, is an example of how much work there is to do to prepare the ground for a more extensive direct charging regime.

How can councils begin to grapple with the issue? “A first step might be to highlight the specific cost of waste services on the council tax bill – not on the accompanying leaflets, the actual bill itself – so people can see what good value it actually is,” says Marshall. “This could also be a useful first step towards direct charging as well and part of the transition to that system of funding.”

Reduced funding in recent years has led councils to seek efficiency gains wherever they can find them, though there is only so much you can cut from a waste service before its quality is adversely affected. Increasingly, councils are moving to – or at least considering – reduced residual waste collections or reduced bin sizes, as a way to decrease the amount of waste sent for disposal, avoiding landfill tax, and increase recycling rates.

Many councils that have moved to reduced collections have experienced efficiency gains and increased recycling: Powys, for example, saw a 13.8 per cent drop in residual waste collected and a 6.5 per cent increase in recycling in the first 12 months after it moved to three- weekly collections in 2015/16, while saving £360,000 on collection costs and £230,000 on disposal. However, some have experienced backlash and resistance from residents unhappy at the prospect of having a reduced collection.

This article was taken from Issue 93

Another proposed way to increase the efficiency of LA waste services is to introduce greater consistency and harmonisation in recycling collections across and between councils. In September 2016, WRAP produced its ‘Framework for Greater Consistency in Household Recycling for England’, which recommends that every English resident should be able to recycle the same set of core materials, harmonising the current patchwork of different systems across the country.

Sue Reed, WRAP’s Programme Area Manager for Collections and Recycling, states that greater consistency has the potential to deliver a financial benefit to councils “of up to £400 million over eight years”, though she does recognise the financial difficulty that many local authorities would have in switching to a standard model.

How soon is now?

That we are finally having a conversation about local authority funding is positive, but time is money, and given the higher targets that local authorities will soon be chasing, changes will need to be implemented with a degree of urgency.
Acknowledging that “we can’t wait too long”, Marshall suggests that the UK Resources and Waste Strategy (due later in 2018) and the CEP could jointly provide “the biggest push for household waste since the Environmental Protection Act 1990” – but he says they must be accompanied by adequate funding levels if they aren’t to fall short under the strain.

The long-term financial sustainability of the local authority waste management system must be ensured to reinvigorate the momentum towards higher recycling – and councils must be ready to fight their corner to ensure that new funding regimes work for them.