Creators of innovative ways to keep plastics out of the ocean have been given a $2 million incentive by a new prize launched by the Ellen MacArthur Foundation and The Prince of Wales’ International Sustainability Unit. 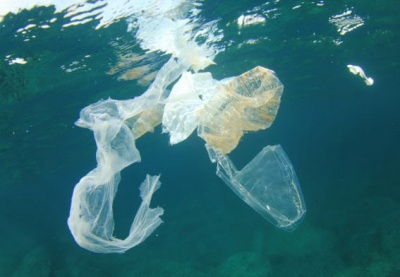 Plastics that are not captured by recycling are often littered or leak out of the waste stream into the environment
Photo: Richard Carey
The New Plastics Economy Innovation Prize will call on entrants to come up with innovative ways to redesign plastic packaging to make it more recyclable, thus preventing it from entering the ocean in the first place.

With demand for plastics expected to double in the next 20 years and plastic waste costing the global economy $80-120 billion a year, the need for innovation is all the more pressing.

Millions of tonnes of plastic enter the marine environment every year, and just this week researchers from the University of Tasmania and the UK’s Royal Society for the Protection of Birds found a tiny uninhabited and untouched island in the South Pacific polluted by 17.6 tonnes of plastic.

The researchers found nearly 38 million pieces of plastic that had been deposited by ocean currents on the 3,700-hectare Henderson Island in the Pitcairn Islands, featuring waste produced in Europe, Canada, New Zealand and elsewhere across the globe. The study, published in Proceedings of the National Academy of Sciences on Monday (15 May), found crabs and other animals caught in the plastic debris, with about 13,000 new items washing up on the island daily.

Speaking about the Prize, Dame Ellen MacArthur, the founder of the Ellen MacArthur Foundation, explained: "After 40 years of effort, globally only 14 per cent of plastic packaging is collected for recycling, with one third escaping collection and ending up in the environment. If we want to change this, we must fundamentally rethink the way we make and use plastics.” 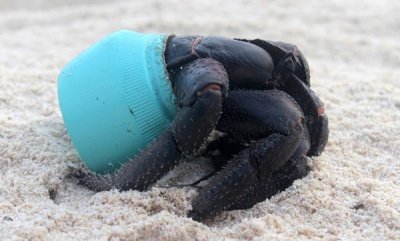 There is so much plastic on Henderson Island that crabs have begun using bits of packaging as shelters
Photo: Jennifer Lavers
Prize entrants will compete for up to $2 million in grants and the winners, who will be decided later this year by a panel of senior business executives, acclaimed scientists, designers and academics, will be entered into a 12-month accelerator programme where they will receive expert advice and commercial guidance, feedback on user and scalability requirements and access to laboratories for testing and development.

The prize will be split into two parallel challenges:

The prize has been funded by Wendy Schmidt, the head of The Schmidt Family Foundation, which works to advance the development of renewable energy and the wiser use of natural resources, and is the Lead Philanthropic Partner of the New Plastics Economy initiative, a three-year initiative launched in 2016.

“We must fundamentally rethink the way we make and use plastics”

Lead Philanthropic Partner Wendy Schmidt, meanwhile, added: “Working towards circularity in the way we make, use, and distribute plastic packaging will revolutionise the scale of the human footprint on our planet, hugely reducing plastic waste and its devastating impact on ocean health.

“The value of keeping materials in the economy is massive compared to the losses we suffer when plastic leaks into the very living systems we depend upon for our survival. The New Plastics Economy Prize is a call for creative design and technical innovation at a critical time.”

The New Plastics Economy initiative was set up to transform the plastics economy and create a stimulus for innovation to tackle the blight of marine plastic waste, with some 12 million tonnes of plastic entering the oceans every year.

Several other high-profile projects have been launched in recent years, including the Ocean Cleanup, which aims to use floating barriers to collect plastic floating in the ocean around the Great Pacific Garbage Patch, with deployment scheduled for the end of 2017.

There are doubts over the efficacy of cleaning up plastic once it’s already in the ocean, however, as Eunomia Research and Consulting stating that up to 94 per cent of plastics end up on the ocean floor, thus escaping the reach of clean-up projects on the ocean’s surface. The environmental consultancy suggests it would be more effective to prevent plastic entering the oceans in the first place, by clearing litter from beaches and encouraging plastic reuse.

More information about the New Plastics Economy Innovation prize can be found on the Ellen MacArthur Foundation website.

The Ocean Cleanup to start extracting plastic from the Pacific in 2018
By
Rob Cole
| 12 May 2017 |
Add a Comment
The Ocean Cleanup project has announced a ‘new design breakthrough’ and that it will be able to begin deployment of its innovative system in Great Pacific Garbage Patch in 2018.

New plastics economy could revolutionise industry
By
Edward Perchard
| 19 January 2016 |
Add a Comment
A plastics economy based on a circular economy approach could ‘transform’ the plastics industry and ‘drastically reduce’ its environmental impact, according to a report by the World Economic Forum and Ellen MacArthur Foundation.

Mermaids Hate Plastic: Anatomy of an anti-marine litter social media campaign
By
Libby Peake
| 27 December 2016 |
Add a Comment
San Francisco-based artist Von Wong decided to do something about plastic pollution by making it ‘extravagant, unique and different’ through the addition of a mermaid. He shared some of his images and the stories behind them with us.

The European Commission has proposed a full ban on some of the most commonly used and littered disposable plastic products in Europe, including single-use cutlery, plates, drinks stirrers, straws, cotton buds and sticks for balloons.