Next Mayor of London urged to unify city’s recycling system 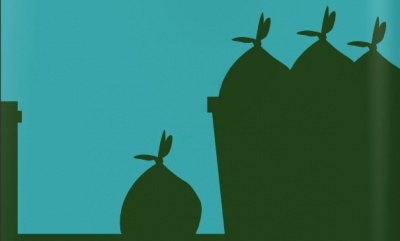 (c) Green Alliance
Environmental groups have called for the next Mayor of London to harmonise the 20 different recycling systems across London as part of its Greener London movement.

A coalition of some of the UK’s leading environmental groups including the National Trust, WWF, RSPB and Greenpeace has today (29 February) called for the next mayor to commit to a greener London during his or her term, setting out a number of priority areas, including the collection of household waste.

The group’s report, ‘Greener London’, sets out how the next Mayor of London can transform the city. It points out that London has ‘some of the lowest recycling rates in the country’, a statistic ‘not helped by the fact’ that there are currently 20 different recycling collection systems, with boroughs independently deciding on their approaches to recycling.

The report says that London’s 50 per cent recycling target is ‘out of reach’, unless the many different recycling collection regimes and food waste collections are harmonised across the city. The group predicts that one straightforward system would increase the quantity and quality of recycling.

Resources Minister Rory Stewart first declared his intentions to seek a solution to the confusion caused by variations in collection systems at last October’s Conservative Party Conference, when he referred to the ‘Berlin Walls’ on London streets caused by differing collection systems implemented in neighbouring boroughs.

He said at the time: “It is mad from the point of view of the waste industry trying to work out how to get any economies of scale, it’s mad in terms of the councils themselves. It doesn’t save them any money having these different systems for waste.”

The ‘Greener London’ report estimates that the capital could gain benefits worth £7 billion a year by 2036 from developing its circular economy and asks that the Greater London Authority (GLA) group, which spends almost £11 billion a year on goods and services, lead on procuring longer lasting, recyclable goods and services – providing markets for materials recycled in the city.

As part of Greener London Week (29 February – 4 March) the group is also challenging the next Mayor to improve conditions for those who live and work in the capital by tackling the problems of air pollution and declining green spaces, and by creating clean energy and transport systems.

Among the ideas, the groups call on the mayor to phase out all diesel black cabs and public hire vehicles by 2020, and make the entire London bus fleet run on clean fuel. To be able to achieve this, the report sets the target of making every bus in central London zero emission capable (electric, hydrogen or hybrid) by 2018, spreading to all London buses by 2025.

There has already been some progress on this front, as in December it was announced that a third of London’s buses will be running on a cleaner-burning diesel made in part from waste fats and oils by this March. Transport for London (TfL) estimates that the switch will lead to a reduction of 21,000 tonnes of CO2 emissions each year, with buses running on the waste-based fuel producing 10 per cent less ‘well to wheel’ carbon emissions than those using regular diesel.

Londoners will be voting on the city’s next Mayor in May, with Conservative Zac Goldsmith, Labour’s Sadiq Khan, the Green Party’s Siân Berry and Liberal Democrat Caroline Pidgeon all in the running.

Greener London Week will conclude this Friday (4 March) with a Greener London Hustings, where the candidates will be questioned solely on environmental issues.

‘London will become a victim of its own success’

Commenting on the ‘Greener London’ proposals, Matthew Spencer, Director of Green Alliance said: “London is a dynamic city, but if it’s to remain a healthy place to live and work it also has to become a greener city. If the next mayor doesn’t tackle air pollution, restore green spaces and continue the transport revolution, London will become a victim of its own success.

“London is unusual in the UK in having most of the powers it needs to make itself greener without waiting for central government. We’ve suggested 20 practical ways the next mayor can use their power on behalf of London citizens seeking a more liveable city.”

More information about events across Greener London week and the ‘Greener London’ report can be found at the Green Alliance website.

Waste management company Veolia has won a six-year contract by Norfolk County Council to treat 180,000 tonnes of waste per year.

A survey carried out by Community Interest Company Everyday Plastic has revealed that household plastic use has increased during lockdown.

Could a government scrappage scheme reinvigorate the motor industry?

Authorised Treatment Facilities handle over one million end of life vehicles every year in the UK, but with car sales falling by 98 per cent, could a scrappage scheme be needed to support these recycling facilities?

Defra to recruit head of Office for Environmental Protection

Defra has begun the recruitment process for the inaugural Chair of the Office for Environmental Protection.