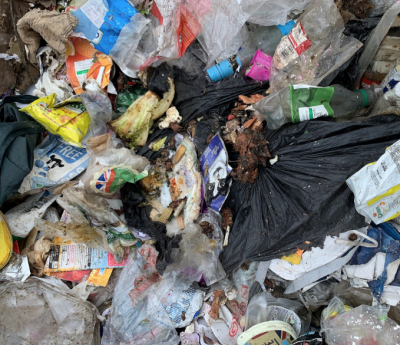 In May and June of this year, four loads of the council’s recycling were rejected at the Viridor-owned Crayford material recovery facility (MRF) due to unacceptable levels of contamination from items such as black sacks, food waste, nappies and sanitary waste.

The contamination meant that the loads could not be recycled, and were therefore sent to be incinerated at the energy-from-waste (EfW) plant in Allington instead.

To avoid this happening, the council will be conducting a communications campaign focusing on contamination, starting on 2 September and continuing throughout the autumn. As part of the campaign, council officers will be working in partnership with Biffa crews to educate residents on what can and can’t be recycled.

During recycling collection weeks, Biffa crews – waste management company Biffa is contracted to collect the council’s waste – and council officers will place a black and yellow sticker on residents’ recycling bins if they contain major contamination such as black sacks, food or nappies, informing the resident that the bin won’t be collected until the contamination is removed.

In the lead up to the campaign, the council has issued hints and tips online, and staff have been meeting with residents to help inform them what to do with non-recyclable items.

Cllr Andrew Buchanan, Portfolio Holder for Environment and Land Management, said: “We want to assure the residents of Ashford that this isn’t a form of punishment. Rather it’s a way to ensure we are not forced to lose any additional good quality recycling from the majority of residents who are trying hard and doing the right thing.

“We’re currently at a 56 per cent recycling rate so most people are doing it correctly. We want to support those residents and their brilliant efforts. Improving recycling rates is a big step in helping the borough to become even more environmentally friendly.”

Contamination has been a cause of high concern for the UK recycling industry, not least since China’s announcement in January 2018 of a ban on the import of waste. As well as complete bans on a range of specific solid wastes, China’s introduced a ban on waste materials exceeding a contamination limit of 0.5 per cent, effectively constituting a blanket ban given the strict nature of the contamination limit.

Up until the import ban, China had been the main destination for much of the UK’s waste exports. With this waste now being diverted to alternative destinations, there has been an influx of UK waste into developing countries such as Malaysia, Sri Lanka and Thailand.

There have been incidents of this exported waste being highly contaminated – last month, the Environment Agency announced its intention to launch a ‘formal investigation’ after a cargo of contaminated waste was exported from the UK to Colombo, Sri Lanka.

In May, the Malaysian government announced that it will be sending back around 3,000 tonnes of contaminated plastic waste imported from developed countries, after reports that 60 containers full of contaminated waste had been smuggled into the country.

You can find out more about Ashford Borough Council’s contamination campaign on the council’s website.

Southeast Asian communities flooded with plastic waste since China ban
By
Lidia Creech
| 25 April 2019 |
Add a Comment
A report by Greenpeace and the Global Alliance for Incinerator Alternatives critiques the “inefficient” and “predatory” system of plastic waste exports from wealthy countries to communities in Malaysia, Thailand and Vietnam.

Pressure increases on recycling exports as Malaysia returns plastic waste
By
Lidia Creech
| 29 May 2019 |
Add a Comment
The Malaysian Government has announced that it will be sending back around 3,000 tonnes of contaminated plastic waste imported from developed countries.