The government's proposal for a UK ban on polluting microbeads is limited to ‘rinse-off’ cosmetics and personal care products like face-wash and shower gel, leaving products like sunscreen and make-up unchanged, a consultation has revealed.

© Fred Dott / Greenpeace
Environment Secretary Andrea Leadsom announced in September that a ban on the sale and manufacture of products containing the pollutants would be explored ahead of legislation being introduced next year.

Microbeads are tiny pieces of plastics less than five millimetres wide that are often used as exfoliants in cosmetics and personal care products like face wash, body scrubs and toothpaste.

The government action follows an investigation by Parliament’s Environmental Audit Committee (EAC) that concluded that a blanket ban was needed to stem the rise of plastics entering the ocean.

Responding to the EAC report, the government said its action would ‘create a level playing field for industry, tackle inconsistency, provide consumer confidence and stop new products containing tiny pieces of plastic ending up in the marine environment’.

However, outlining its proposed action in the consultation document, the Department for Environment, Food & Rural Affairs (Defra) suggests that any ban would only apply to ’rinse-off’ cosmetics like shower gel and face wash, and not to make-up or sunscreens.

Its consultation is particularly looking for feedback from businesses involved in the manufacture and sale of cosmetics and personal care products containing microbeads, their trade associations/bodies and non-governmental organisations (NGOs) concerned about the status of the marine environment.

The period of consultation opened today (20 January) and will run until 28 February 2017. Results will then inform debate ahead of legislation being proposed. Defra says it hopes to have legislation in place by October 2017,  with the ban on manufacture coming into effect in January 2018 and the ban on sale expected from July 2018.

Microbeads in the environment

As they are so small, microbeads are not caught by water filtration systems when they are washed down plugs, and find their way into waterways and the marine environment, where they are often mistaken for food by fish and crustaceans. Research carried out by consultancy Eunomia Research & Consulting earlier this year suggested that cosmetic microbeads make up an eminently avoidable 35,000 tonnes of the 950,000 tonnes of microplastics that enter the world’s oceans each year. (The bulk of microplastic pollution, according to the study, comes from vehicle tyre dust, pellet spills and textiles, with microplastics making up only a small quantity of the 12.2 million tonnes of plastics entering the oceans every year, although larger items of the material do break down into ever smaller pieces after entering the marine environment.)

Microbeads among plankton
© Greenpeace / Gavin Parsons
A number of other studies have been published in the past year attempting to determine the effect of microbeads and other more prevalent plastic pollution on marine life, and this summer Resource took an in-depth look at how plastics make their way up the food web and find themselves back on our plates – a plate of six oysters could contain up to 50 particles of plastic.

While not all exfoliants are made of the damaging plastic, as they can be made of organic materials that do not do as much harm to marine ecosystems, those that will likely be the focus of any ban are beads made of polypropylene (PP), polyethylene terephthalate (PET), polymethyl methacrylate (PMMA) and nylon.

Leadsom says that shoppers should be wary of such plastics being listed on labels over Christmas and has urged consumers to avoid products using them: “Adding tiny pieces of plastic to products like face washes and body scrubs is incredibly damaging to our sea life – they can swallow them, but cannot digest them.

“The UK has always been a leader in environmental protection, and we take our responsibility to marine life – not only in our own seas, but around the world – very seriously.

“So whether you’re shopping for a loved one, or picking up a bargain in the sales, I urge shoppers to check any rinse-off cosmetics they are buying are microbead free.”

Faced with the knowledge of the pollution of ecosystems with the microbead waste, a number of producers have taken voluntary pledges to phase out their use in cosmetic products, but the EAC report found that this voluntary approach was not working and that a strict ban was needed. 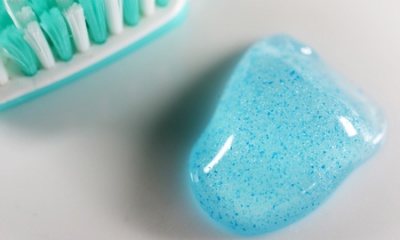 Cosmetics and personal care products like toothpastes contain beads to provide exfoliation
Upon publishing the report, EAC Chair Mary Creagh said: “Trillions of tiny pieces of plastic are accumulating in the world’s oceans, lakes and estuaries, harming marine life and entering the food chain. The microbeads in scrubs, shower gels and toothpastes are an avoidable part of this plastic pollution problem. A single shower can result in 100,000 plastic particles entering the ocean.

“Cosmetic companies’ voluntary approach to phasing out plastic microbeads simply won’t wash. We need a full legal ban, preferably at an international level as pollution does not respect borders. If this isn’t possible after our vote to leave the EU, then the government should introduce a national ban. The best way to reduce this pollution is to prevent plastic being flushed into the sea in the first place.”

As no action is forthcoming in Europe, the government has decided to push ahead with discussing a national ban. The US has already put a ban in place, coming into effect in January 2018. Similarly, France has announced a ban on rinse-off cosmetic products for exfoliation or cleaning that contain solid plastic particles from January 2018 and other countries including South Korea, India and Australia are exploring possiblity of bans.

Following the EAC’s report and Leadsom’s announcement of plans for a ban, the Department of Health said that it would review the impact of the wider family of microplastics on human health.

As a ban on microbeads is considered, the government has also said that evidence will be gathered on the extent of the environmental impacts of microbeads found elsewhere, such as in household and industrial cleaning products, before considering what more can be done in future to tackle other plastics, for example microfibres, that enter the marine environment.

The government’s consultation document on a UK microbead ban can be found on Defra’s website.

Cosmetics producers ‘all over the shop’ in phasing out polluting plastic microbeads
By
Charlotte Wass
| 21 July 2016 |
Add a Comment
Voluntary action taken by cosmetic companies to tackle the use of microbeads in their products is in ‘disarray’, according to an investigation by environmental activist organisation Greenpeace.

A UK ban on ocean-polluting microbeads gets closer, but we’re not quite there
By
Edward Perchard
| 5 September 2016 |
Add a Comment
The government will hold a consultation later this year to consider how best to ban the tiny fragments of plastic used as exfoliants in cosmetic products, with the hope of finalising a ban sometime in 2017.

MPs urge government to protect oceans with a ban on plastic microbeads
By
Jennifer McDowall
| 24 August 2016 |
Add a Comment
The Environmental Audit Committee is calling for the government to issue a ban on microbeads in cosmetics by the end of 2017, as it believes a voluntary commitment by cosmetic companies is not enough to stem the rise in plastic entering the oceans.

Fish prefer plastic to natural prey
By Resource |
3 June 2016 |
Add a Comment
When grown, fish that were exposed to microplastics as larvae prefer to eat plastic rather than their natural prey and are less responsive to predator cues, threatening the sustainability of entire species, according to new research.

A new study by think-tanks Pew Charitable Trusts and SYSTEMIQ estimates that plastic pollution in the ocean could triple by 2040.

94 per cent of Amazon shoppers in the UK are concerned about plastic pollution and want plastic-free packaging options, according to a new survey by ocean conservation organisation Oceana.

Waste management company Veolia has won a six-year contract by Norfolk County Council to treat 180,000 tonnes of waste per year.

A survey carried out by Community Interest Company Everyday Plastic has revealed that household plastic use has increased during lockdown.

Could a government scrappage scheme reinvigorate the motor industry?

Authorised Treatment Facilities handle over one million end of life vehicles every year in the UK, but with car sales falling by 98 per cent, could a scrappage scheme be needed to support these recycling facilities?

Defra to recruit head of Office for Environmental Protection

Defra has begun the recruitment process for the inaugural Chair of the Office for Environmental Protection.