Scotland’s Environment Secretary, Richard Lochhead, is meeting with his UK counterpart, Liz Truss, to discuss the potential of bringing in a deposit-return scheme (DRS) for drinks packaging to reduce litter and improve recycling. 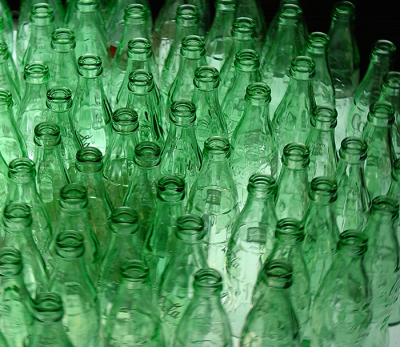 In a meeting to be held in London on Wednesday (3 June), Lochhead will ask Truss to consider implementing a DRS – which sees customers pay a small cash deposit when purchasing a drink in a can or bottle, which is refunded when the packaging is returned for recycling – to boost the country’s recycling quality and rates while reducing litter.

Scotland recently launched a call for evidence to understand how a cash deposit scheme for drinks bottles and cans could be designed and managed in Scotland, and it was revealed by the Association for the Protection of Rural Scotland last week that nearly 80 per cent of the Scottish public would support the introduction of such a system.

Lochhead is now writing to his counterparts in Wales and Northern Ireland inviting them to also consider implementing a DRS for drinks packaging.

He commented: “A scheme like deposit-return has the potential to be very beneficial for the environment – reducing litter and boosting the recycling of these materials and their economic value to our communities. As we have seen with carrier bag charging, attaching a value to something can be very effective in helping us make small but important changes.

“Countries such as Germany, Sweden and Norway already have such systems in place, as do parts of Canada, Australia and the United States. I have already made my intentions clear that I am keen to explore the opportunities for Scotland from deposit-return and I will be highlighting Zero Waste Scotland’s study to Liz Truss when I meet her on Wednesday, inviting her to do the same in England.”

Lochhead added: “While in the first instance I am looking at the potential of a Scottish scheme, I believe there are merits in exploring a UK-wide system to identify scope to take advantage of scale and explore common benefits. Already, we are seeing support from environmental groups and members of the public for the idea, and I await the additional evidence from industry and stakeholders in due course.”

Despite public support for the introduction of a DRS, stakeholders in the Scottish packaging industry have spoken out against any potential system, with the Packaging Recycling Group Scotland (PRGS) stating: “We do not support the introduction of a deposit-return system in Scotland, and recommend alternative proposals to promote recycling, reduce waste and tackle litter, which we believe will be more effective.”

Speaking for the group, Jane Bickerstaffe, Director of the Industry Council for research on Packaging and the Environment (INCPEN), added: “There are great examples of recycling in Scotland, including existing kerbside and on-the-go recycling schemes that are already working.

“We need to develop and improve existing initiatives, rather than creating new ones, such as a deposit-return system, which will be more costly for consumers and business, less convenient, address only a small proportion of litter and likely to undermine existing systems.”

Find out more about Scotland’s exploration of deposit-return schemes.

Scotland considers implementing drinks deposit scheme
By
Annie Kane
| 14 May 2015 |
Add a Comment
Zero Waste Scotland is calling for evidence on how a deposit-return scheme for drinks packaging could work in Scotland, following on from the release of a report into the subject.

Banking on deposits
By
Susanna Prouse
| 21 May 2013 |
Add a Comment
South Australia has a very established deposit-refund scheme that has been operating since the ’70s. Susanna Prouse finds out how the system has evolved and whether the rest of Australia could soon follow suit

Return to sender
By Resource |
21 May 2013 |
Add a Comment
Deposit-refund schemes: some love them, some hate them. Resource sums up the main issues surrounding this contentious recycling issue