Lincolnshire County Council is set to make a decision on plans for a proposed new Household Waste Recycling Centre (HWRC) at Tattershall, which it claims could save more than £200,000 a year if approved.

The proposed facility would replace an existing facility at Kirkby on Bain, which is privately owned by FCC Environment, with a contract worth around £425,000 a year. The existing facility is due to be decommissioned at the end of 2021. 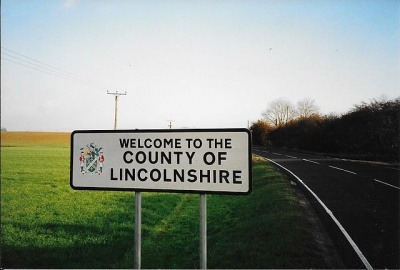 A1084 Humberside boundary near Brigg by Antbex74
Antbex74
Although the Tattershall facility would initially cost around £1.95 million to build, Lincolnshire Council claims once operational, it will cost up to £192,000 a year to run. The new facility is set to be built on a council-owned site.

This means the new site could save up to £287,000 a year for the Council, depending on whether it is managed externally or in-house.

In a report written by the Council, it states that an alternative option would be to not provide a replacement facility, saving money in the short term but leaving residents without a HWRC nearby.

The report summarised: “Proceeding with the construction of a new HWRC will maintain the service in the Horncastle area and meet [policy] requirements.

“The service is highly valued by the public and this has been demonstrated by the changes which were brought about due to the COVID-19 pandemic which caused a significant increase in complaints.

“[If a site is not provided], this would also increase pressure on the nearest HWRCs such as Market Rasen, Lincoln and Sleaford.

“Failure to [provide a new site] would cause significant reputational damage for the authority with the public and its partners, as well as have a detrimental impact on the environment.”

If the proposal is approved, the Council plans to have the facility operational by November this year.

Waste management company Veolia UK and Ireland has published guidance today for local authorities on the safe reopening of Household Waste and Recycling Centres (HWRCs) during the Covid-19 lockdown.

Valpak and RECOUP partner to boost recycling knowledge in schools