However, batteries placed on the market for the first time prior to the date of the ban can still be sold until stock runs out.

Currently, the exemptions on the above products mean that the adverse health effects are not taken into account by entities producing and selling cadmium and mercury batteries. It is hoped that the results of this consultation will encourage the development of a battery market that does not rely on technologies that use high quantities of hazardous substances. This will benefit waste battery disposal facilities from reduced toxic waste and processing costs associated with the disposal of cadmium portable batteries.

The consultation seeks responses as to whether the proposed changes are in line with the guidance provided in the directive, and also whether the cost estimates and timelines stated are appropriate to allow sufficient time for affected businesses to comply. A government response is expected within three months of the closing date of the consultation of 5 November 2014.

European Commission Consultation: Ratification of the Minamata Convention on Mercury

The European Commission launched a consultation in August on the ratification of the Minamata Convention on Mercury, which was signed in October 2013. This forms part of EU’s wider Mercury Strategy, which contains a number of measures to reduce emissions, cut supply and demand and protect against exposure. The convention, when ratified, will ban or control the use of mercury in a range of products and processes.

The convention bans the import and export of certain mercury-containing products including: 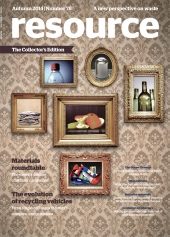 There are exceptions for some large measuring devices where currently there are no mercury-free alternatives, and certain other applications, such as:

The EU already has stringent controls on mercury, but the consultation aims to provide clarity on whether further regulation will be required and how to go about implementing the convention.

It will be important for suppliers and end users of mercury-containing products to be aware of the impending changes and have processes in place to change working practices to comply with the convention requirements.

Sam Sandilands is part of Burges Salmon’s Energy and Environment unit, and can be reached on [email protected]