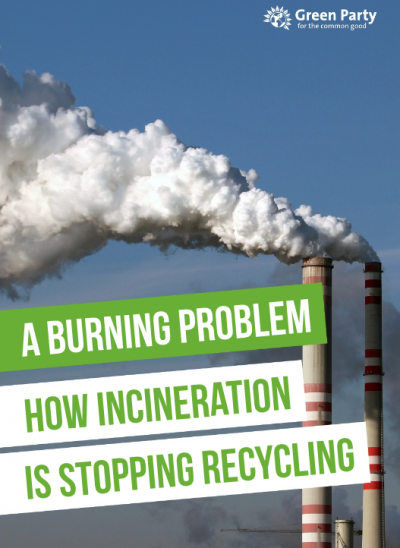 The Green Party has warned that incineration could outstrip recycling in England in under two years if measures are not taken to curb the burning of waste.

Baroness Jenny Jones, the only Green peer in the House of Lords, has produced a report titled ‘A burning problem: How incineration is stopping recycling’, looking at the rise of energy-from-waste (EfW) facilities in England.

As the report states, there are already three English regions where more waste is burned for energy than recycled: London, the North East and the West Midlands. But the rest of the country looks to be catching up – the total amount of waste sent for incineration across England has increased by 5.5 million tonnes in 2012/13 to over 10 million tonnes in 2016/17. Simultaneously, recycling has been stagnating at around 11 million tonnes for that four-year period. If current trends continue, incineration will overtake recycling as the most common destination for our waste by the end of the 2018/19 financial year.

The rise in EfW corresponds with a fall in the amount of waste going to landfill, as a result of site closures and increased landfill gate fees, but Jones states that much of the previously-landfilled waste is actually recyclable; for instance, a study of black bin waste in South Gloucester revealed that over half of the bins’ contents could be either recycled or composted.

However, councils ‘hooked on incineration’ are failing to invest in improving recycling rates, instead sending valuable recyclable material to EfW. It is even suggested that waste put out for recycling may in some cases be diverted into EfW in order to keep up with the demands of the incinerators; in 2014/15, Derby’s recycling rate fell rapidly from 42 to 32 per cent, something partially attributed to a minimum organic content requirement in the EfW contract, meaning kitchen/garden waste was diverted into incineration.

In the report’s introduction, Jones states: ‘There is every chance that some of the plastics, cardboard and paper that people took care to separate for recycling will end up being burnt alongside everything that was thrown in the waste bin. None of us wants to see our carefully separated recycling burnt and our elected councillors must stop this from happening.’

She continues: ‘There is a logic to generating energy from the waste that we cannot recycle or reuse, but it is meant to be the last resort option. What we have created instead is a market-driven system of incinerators which constantly need to be fed.’ 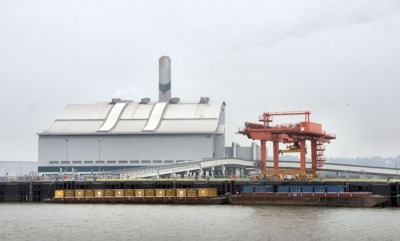 This view was echoed by Professor Ian Boyd, Chief Scientific Advisor to the Department for Environment, Food and Rural Affairs (Defra), who warned against further EfW investment at a Parliamentary hearing in February. He said: “if you are investing many tens of millions, hundreds of millions, in urban waste incineration plants – and those plants are going to have a 30- to 40-year lifespan – you have to have the waste streams to keep them supplied.”

The Green Party report suggests a number of actions to reverse the trend towards incineration and increase recycling rates, including:

Opposition to the burning of waste appears to be growing, with the Green Party’s new report published on the same day as a study by anti-incineration charity UKWIN (the UK Without Incineration Network), which is calling for a moratorium on the building of new EfW plants. UKWIN claims that incinerators in England are not properly reporting emissions of harmful gases and particulates, and that the government is not regulating facilities strictly enough.

The Environmental Services Association (ESA), a UK waste management trade association, has objected to the terms of the Green Party’s report, with ESA Executive Director Jacob Hayler telling the Guardian: “Too often the debate is set up as recycling vs incineration – that’s the wrong way to frame it. Really, it’s landfill against incineration for things you can’t recycle.”

The ESA has repeatedly expressed its support for EfW, and in June called for further government investment into the EfW industry, claiming that the UK is facing a residual waste treatment gap and is on course to produce more residual waste than it can process – a claim that has been contested by environmental consultancy firm Eunomia.

You can read the full report, ‘A burning problem: How incineration is stopping recycling’, on the online publishing site Scribd.

No more incinerators until proper emissions monitoring in place, says UKWIN
By
Rob Cole
| 17 July 2018 |
Add a Comment
Harmful emissions from incinerators are going unreported and pose significant public health problems, according to new research from the UK Without Incineration Network, an anti-incineration campaign group.

Madrid to end incineration of waste by 2025
By
Kate Dickinson
| 12 July 2018 |
Add a Comment
As part of a new strategy on waste designed to meet higher EU targets, the city of Madrid is planning to introduce separate collection of organic waste and completely eliminate incineration.

‘Urgent’ need for London to curb incineration, says London Assembly
By
Edward Perchard
| 15 February 2018 |
Add a Comment
‘Urgent change’ is needed to stop recyclable and biodegradable material from being incinerated in London, as energy-from-waste hinders the capital’s move to a more circular economy, according to the London Assembly’s Environment Committee.

The UK’s first waste-to-hydrogen plant using technology developed by Powerhouse Energy Group has secured funding for the next stage of its development at its site in Ellesmere Port, Cheshire.

The Department for Environment, Food and Rural Affairs (Defra) has reintroduced the Agriculture Bill to Parliament, with soil quality at the heart of a new land management system that rewards farmers for environmental protection.

The government has today (16th January) launched a new task force to crack down on waste crime, which costs the UK economy at least £600 million a year.