The Department for Environment, Food and Rural Affairs (Defra) is set to introduce legally-binding targets for waste and other environmental issue areas as part of the government’s Environment Bill.

Announced yesterday (19 August), Defra will introduce at least one long-term target in four priority areas – waste, air quality, biodiversity and water – to improve environmental outcomes in these areas and support the government’s ambition to ‘build back better’ in its plans for economic recovery in the aftermath of the coronavirus pandemic. 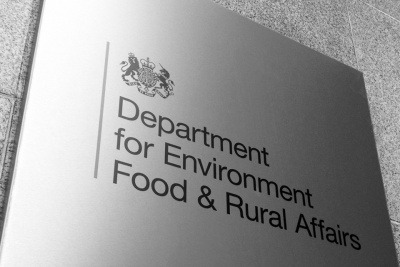 The government’s potential waste targets will focus on increasing resource productivity and reducing the volume of residual waste and plastic pollution produced in the UK with a view to supporting the policy aims of the Resources and Waste Strategy.

In terms of waste reduction, Defra will explore whether a “reduction in the per capita tonnage of residual waste” could be the basis for a long-term target, and whether inert mineral waste should be incorporated into the target’s scope. Defra will also consider how to account for residual waste sent overseas for treatment.

The targets will be supported by interim targets, with the government obliged to report annually on progress towards them. The government will also have the option to introduce new priority areas and targets at a later date based on up-to-date scientific evidence.

The government will be required to periodically review its targets every five years, carrying out a Significant Improvement Test, which would assess whether meeting the long-term targets set would “significantly improve the natural environment in England”.

The new Office for Environmental Protection (OEP) will also report annually on the progress towards the targets and be tasked with holding the government accountable for this progress.

Environment Secretary George Eustice said: “The targets we set under our landmark Environment Bill will be the driving force behind our bold action to protect and enhance our natural world – guaranteeing real and lasting progress on some of the biggest environmental issues facing us today.

“I hope these targets will provide some much-needed certainty to businesses and society, as we work together to build back better and greener.”

Defra says that the targets will be set using a “robust, evidence-led process in collaboration with independent experts and stakeholders”, building on existing commitments in the 25 Year Environment Plan, which will be enshrined in law by the Environment Bill.

Each long-term target must have a minimum duration of 15 years and must be achievable, with a clearly defined level or quality standard to be achieved.

Part of Defra's rationale behind setting the targets is to “stimulate investments in green technology and innovative practices by providing long-term certainty for business”, something that the resources and waste sector in particular has long called for in government policy such as the Resources and Waste Strategy.

The targets will be set at a national level and will “not directly pose requirements onto local authorities or any other institutions or organisations”.

Businesses, communities and civil society will be invited to share their views on the targets once they are proposed in a public consultation expected in early 2022.

The announcement of the government’s intention to introduce legally-binding targets for waste reduction follows on the heels of the recent launch of consultations relating to waste generation and management across England.

Resources and Waste Strategy outlines government’s circular ambitions
By
Lidia Creech
| 18 December 2018 |
Add a Comment
Plans to introduce separate food waste collections to every household in England by 2023 and ensure producers pay for the costs of managing their waste packaging have been included in the long-awaited Resources and Waste Strategy.