A new report from Dutch social enterprise Circle Economy has revealed that the global economy is consuming a record 100 billion tonnes of materials a year, while the reuse of resources has gone into reverse. 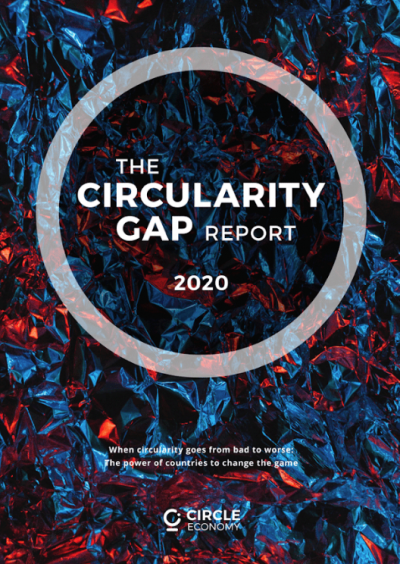 The report outlines three key reasons for the increase in resource use: reliance on extracting virgin materials; the addition of more materials to meet the needs of a growing global population; and that most products are not designed to be reused and there are limited facilities for reprocessing materials at the end of their life.

Harald Friedl, Circle Economy’s CEO, commented: “We risk global disaster if we continue to treat the world’s resources as if they are limitless. Governments must urgently adopt circular economy solutions if we want to achieve a high quality of life for close to 10 billion people by mid-century without destabilising critical planetary processes.”

The report calls on national governments to collaborate on circular strategies and to work with businesses, NGOs and academics to drive action.

Recognising that each country is in a unique environmental and social position, the report classifies countries into three broad categories – Build, Grow and Shift – depending on the living standards of their population and their ecological footprint.

Lead author Marc de Wit explained: “This report shows that no country is meeting the basic needs of its citizens while also operating within the physical boundaries of our planet. We are all developing countries, we all need to get an ecologically safe and socially just future, but there are different pathways according to the type of challenges we face.”

Countries that fit into the ‘Build’ category, including India, Nigeria and the Philippines, have a low material footprint per capita and are often struggling to meet the population’s basic needs. The report argues that these countries have an opportunity to apply circular strategies when building up infrastructure for public services, hospitals and transport, for example, by making tiles from plastic or cement from concrete demolition waste.

‘Grow’ countries, such as China, Indonesia and Brazil, which manufacture and process many of the goods consumed by the rest of the world, should foster smart consumption using new technology and design to increase material efficiency. These countries should work to transform informal recycling – in Brazil, for example, a mobile phone app is linking residents with informal waste collectors who sell recyclable materials to scrap centres – whilst also growing capacity and grids for renewable energy.

With regards to ‘Shift’ countries, such as the United States and member states of the European Union, the report highlights that these countries consume 10 times more resources per person than Build countries, whilst the environmental and social costs of this over-consumption are felt elsewhere – often in Build countries where the waste is shipped to.

The report calls for these countries to take responsibility for their consumption by leading the way on circular design, extending the lifetime of products and using fewer materials. These countries should drive the transition to renewable energy by decarbonising their economies, whilst also reducing soil and water pollution.

Although the report stresses the urgent need for transformative action, it does grant recognition to examples of successful international cooperation on the circular economy. For instance, the European Union has been running the Switch Asia programme since 2007 to support sustainable consumption and production in South East and Central Asia, investing close to half a billion Euros in 106 projects, whilst the International Platform for Accelerating the Circular Economy (PACE), launched in 2018, aims to facilitate the development of circular models and products.

You can find out more about the Circularity Gap report on the Circle Economy website.

Countries need to become circular to avoid climate change, says report
By
| 22 January 2019 |
Add a Comment
The Global Circularity Gap Report 2019 states that only nine per cent of the world’s natural resources are being reused – and governments must drive changes in unsustainable patterns of consumption to avoid global warming.

Only nine percent of the world economy is ‘circular’, claims Global Circularity Report
By
| 26 January 2018 |
Add a Comment
With the release of the Global Circularity Report claiming only nine per cent of the world’s resources are cycled back into the economy after use, the circular economy is front and centre at this year’s World Economic Forum Annual Meeting.

Resource efficiency fastest way to cut carbon emissions, new report claims
By
| 16 May 2018 |
Add a Comment
A report from environmental think tank Green Alliance says the UK government needs to reduce the carbon output from the process of making and using products in order to meet its climate targets.

The competition will award €10,000 to business ideas that encourage a circular economy for cities in South Africa, Vietnam and India

Supermarket retailers will soon be taking salad bags, crisp packets and biscuit wrappers to be recycled in line with WRAP’s UK Plastics Pact