The EU will introduce legislation obliging manufacturers to make their products longer-lasting and easier to repair following ratification by European environment ministries.

The new rules, signed off this week (15 January), will enter into force from April 2021 and will apply to household consumer products such as lighting, display screens, washing machines, dishwashers and fridges.

Following the announcement, Chloe Fayole of ECOS (European Environmental Citizens Organisation for Standardisation), which leads the Coolproducts campaign and advocates for the right to repair for European consumers, praised the legislation as a positive step forward.

"The agreement is a step in the right direction,” she said. “From the US to Europe, people are demanding their right to repair the things they own because they’re tired of products that are designed to break prematurely. Enabling consumers to repair and reuse all electronic products is just common sense." 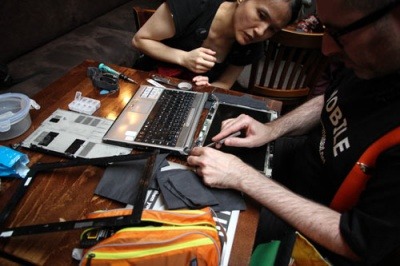 However, despite obligations on manufacturers to make their products more repairable, repair professionals are set to retain the right to conduct most repair operations, with the new legislation stating that producers will have to make most spare parts and repair manuals available to repair professionals only.

This may restrict access to some key replacement parts and information for independent repairers, repair cafés and consumers, limiting the availability and affordability of repair services.

This appears to be a compromise between the original proposals and revisions put forward by the European Commission in December 2018, which were roundly condemned by repair campaigners who accused the Commision of bowing to demands from industry lobby groups to shift the focus of the proposals from repair to recyclability.

The original proposals published in September 2018 included provisions to improve the design of certain products so that key components could be easily repaired or replaced, to make spare parts available to consumers, retailers and repairers for 7-10 years and to give independent repairers access to technical information, such as the wiring diagrams or exploded views of products.

However, the revisions put forward in December last year focused on the end-of-life stage of a product’s lifecycle, making it easier to destroy and recycle a product rather than to fix it, as well as restricting repair information to professional repairers.

The legislation now passed rows back on recyclability proposals, but maintains that repair information should be largely at the disposal of professional repairers only.

Commenting on the legislation, Stephane Arditi of the European Environmental Bureau said: “When repair activities stay in the hands of a few firms, we’re missing an opportunity to make it more affordable and readily available. Small independent repairers can make a great contribution to the economy and our society. We need to help them do their job.”

The benefits of repair are numerous and make a key contribution to overarching environmental objectives, such as reducing carbon emissions. Moreover, a desire for greater access to repair options is reflected in public opinion. A recent study for the European Commission showed that most EU citizens would like to buy repairable and durable products while also receiving more information on repairability at the point of sale. Moreover, a 2014 EU survey found that 77 per cent of citizens would like to fix their products rather than buy new ones.

European Commission waters down WEEE repair proposals
By
Rob Cole
| 7 December 2018 |
Add a Comment
The European Commission has been accused of abandoning plans to make it easier to repair popular electrical consumer products under pressure from industry lobby groups, despite public support for better repair opportunities.