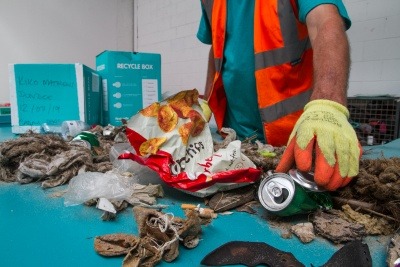 The Kik-Plastic challenge was led by adventurer Kiko Matthews, who holds the world record as the fastest female to row unsupported across the Atlantic. Her latest challenge involved cycling 6,900km across the entire UK coastline, collecting beach litter with the help of volunteers.

First Mile has now published its analysis of the beach clean results, revealing that 3,436kg of litter was collected by nearly 2,000 volunteers. According to First Mile’s figures, the beach litter was made up of 859kg of material that could be easily recycled, including glass bottles, aluminium cans and plastic bottles.

Plastic bottles, tubs and cups accounted for around 60 per cent of the litter, whilst cans constituted 24 per cent.

In terms of non-recyclable waste, 95 per cent of beaches were littered with fishing industry equipment, including nets and ropes.

The results showed that the south and south-west coast of England had the least amount of waste, with volunteers collecting just 1.5kg in Minehead, Somerset. The highest rates of litter were found at Magilligan Point in Northern Ireland, where over 250kg of waste was collected by just 12 volunteers.

Microplastics – pieces of plastic less than five millimetres in size – were found on almost every beach.

Commenting on the findings, Bruce Bratley, CEO and Founder of First Mile, said: “It’s disappointing that the results highlight that there is still so much to be done around educating beach-goers and businesses about the impact that their actions have on our environment. Our beaches should be admired and respected for their natural beauty and contribution to our ecosystems, not viewed as a dumping ground for litter and commercial waste.

“Local authorities need to play their part in making it easy for people visiting beaches to recycle as much as possible and should continually review their facilities to ensure they’re fit for purpose. An example could be the introduction of coffee cup recycling bins or mixed recycling bins that are effectively sorted when collected.” 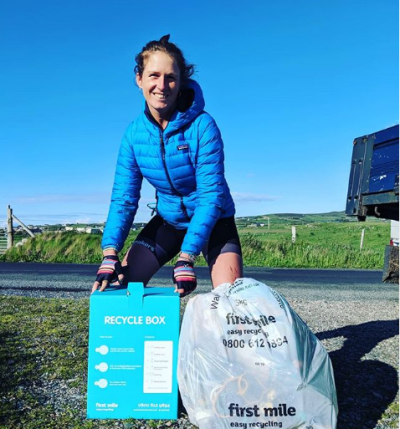 Kiko Matthews explained: “It was such an eye-opening challenge. Every beach had waste on it, some more than others. Some beaches had only ocean-dumped waste and others saw mostly waste from beach-goers.

“The worst beach had about 15 tonnes of waste on it as a result of both its remoteness and the fishing industry. It has been so great to have this data from First Mile.”

Plastic pollution poses a significant threat to marine ecosystems, with research from Eunomia Research and Consulting revealing that 12.2 million tonnes of plastic enter the oceans each year. As 80 per cent of this plastic comes from land-based sources, Eunomia has suggested that efforts should be focused on tackling litter on beaches, where the amount of plastic is estimated to be around five times greater than the ocean’s surface.

You can find out more about the Kik-Plastic challenge on the First Mile website.

Cheap seaside items are creating a #WaveofWaste on our beaches
By
Kate Dickinson
| 26 September 2017 |
Add a Comment
Keep Britain Tidy has unveiled a dress made from bodyboards dumped on Cornwall’s beaches, aiming to raise awareness of the waste created by cheap disposable items.

Beach waste ready
By
Leonie Butler
| 6 June 2017 |
Add a Comment
With awards and acclaim arriving left and centre, what is it that South Ayrshire Council's Beach Restoration Project is getting so right?

A new app is enabling anyone in the sea to track levels of marine debris, building up a database for conservation bodies.

Beach litterers are being targeted by Brighton and Hove City Council and environmental behaviour change charity Hubbub, who together have launched a new campaign, #Streetsahead, aiming to stop people from littering on the beaches and prevent marine plastic pollution.

Cheap seaside items are creating a #WaveofWaste on our beaches

Keep Britain Tidy has unveiled a dress made from bodyboards dumped on Cornwall’s beaches, aiming to raise awareness of the waste created by cheap disposable items.

The award recognises innovation in tackling consumer waste and ocean plastic through the partnership of consumer giant Proctor & Gamble and recycling and waste companies TerraCycle and SUEZ.