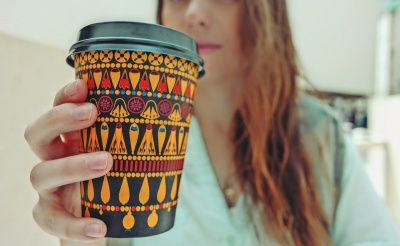 Zero Waste Scotland ran a trial in four public sector cafés, which stopped offering discounts for reusable cups and instead reduced the total price of a drink by the equivalent amount and charged customers that same amount for single-use cups. For example, a 10-pence reusable cup discount was replaced with a 10-pence reduction in the total cost of the drink itself, then a 10-pence charge was added for using a disposable cup.

The trials, the results of which are published in a report entitled ‘Cups Sold Separately’, revealed that cafés that replaced discounts for reusable cups with clear, equivalent charges for disposable cups, therefore making the cost of using a disposable cup obvious rather than hiding it in the price of the drink, increased the proportion of customers switching to reusables for on-the-go hot drinks by 50 per cent.

UK consumers use an estimated 2.5 billion single-use coffee cups each year, and the composition of the cups makes them notoriously difficult to recycle – in 2018 only 0.25 per cent of the 30,000 tonnes of coffee cup waste made it to recycling – leading to calls to increase the uptake of reusable alternatives.

Varying initiatives have been introduced by coffee chains to discourage the use of disposable cups, with Starbucks introducing a five-pence disposable coffee cup charge, while Waitrose and Boston Tea Party have gone as far as to ban single-use coffee cups, with the latter making the decision after take-up of its 25-pence discount for a reusable cup was found to be ‘painfully low’.

Commenting on Zero Waste Scotland’s new findings, Environmental Policy Advisor Michael Lenaghan said: “We have shown that it isn’t necessary to charge people more for their coffee to persuade them to ditch a disposable cup in favour of a reusable one. You just need to put a clear price on the cup and let consumers decide if it is a price worth paying every time they buy a drink.

“Single-use packaging has an environmental and a financial cost, but that financial cost is usually hidden from view, so consumers don’t have all the information they need to make informed purchasing decisions.

“Behavioural science has shown that people will make more effort to avoid a cost – such as a 25-pence charge on single-use cups – than they will to obtain a gain of equal value, like a 25-pence reusable cup discount.”

Lenaghan went on to say this desire to avoid cost had already been used in Scotland’s carrier bag charging scheme, which reduced the use of disposable carriers by an estimated 80 per cent in a year.

It will also be used in Scotland’s forthcoming deposit return scheme (DRS) for drinks containers, where consumers will pay an extra deposit on a drinks container which they can recoup upon returning the empty container to a designated return point. The scheme is set to come into effect in April 2021 and discussions regarding the format of a DRS across the rest of the UK are ongoing.

Today, Lenaghan will chair a panel on reusable alternatives to single-use cups at the Scottish Resources Conference where Zero Waste Scotland will join business leaders, policy makers and public sector staff to discuss how to reduce Scotland’s carbon footprint, most of which is caused by the nation’s vast consumption habit.

The Scottish Government has been active in attempting to tackle the issue of single-use coffee cup waste in Scotland, where some 200 million disposable coffee cups are used every year.

In May 2018, it set up an Expert Panel on Environmental Charging and Other Measures, which recommended introducing a charge of at least 20 to 25-pence per disposable cup. This is much like the recommendation of a 25-pence charge – known as the ‘latte levy’ – made by the UK Parliament’s Environmental Audit Committee, though this was not taken up in the UK Government’s Resources and Waste Strategy.

Scottish Government ministers indicated in the recent Programme for Government that a forthcoming Circular Economy Bill in Scotland will include measures to enable separate charging for single-use items, including cups. They are expected to issue a formal response to the Expert Panel’s recommendations shortly.

The full report, ‘Cups Sold Separately’, can be found on the Zero Waste Scotland website.

The climate impact of a coffee cup
By
| 2 July 2019 |
Add a Comment
Paper coffee cups can have a lower carbon footprint than reusable cups, especially if they are recycled, according to life cycle research commissioned by packaging manufacturer Huhtamaki.

UK coffee cup waste to rise a third by 2030
By
Lidia Creech
| 26 March 2018 |
Add a Comment
The UK is set to throw away a third more single-use coffee cups by 2030, according to a new report by the World Wildlife Fund (WWF) and Eunomia Research & Consulting, which predicts the UK’s total plastic waste will increase by 20 per cent.

Leeds collects 600k coffee cups in ‘on the go’ recycling project
By
| 10 May 2019 |
Add a Comment
On-the-go recycling campaigns will be launched in Swansea and Edinburgh after a trailblazing project in Leeds, led by charity Hubbub, has reported strong results.

A five pence charge for disposable cups will be trialled by Starbucks, in partnership with environmental behaviour change charity Hubbub, in 35 stores across London.

Why it's not so simple to recycle paper cups

Hugh Fearnley-Whittingstall's War on Waste has raised the profile of paper cup waste. We look at recycler Simply Cups to find out how the troublesome product is currently treated.

The waste management company has predicted a 300 per cent rise in the number of cups collected compared to this time last year.

Workers in the City of London are being urged to use brand new coffee cup recycling points springing up across the area as Hubbub’s ‘Square Mile Challenge’ aims to recycle half a million cups in April.

Pret a Manger has launched its in-store coffee cup recycling scheme in over 350 of its UK shops.