Celebrating the thinkers and the doers 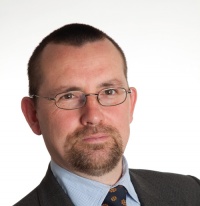 It was a great honour to be invited by Resource magazine to speak at the Kit Strange Memorial Lecture last week, to an influential assembled audience at the Houses of Parliament.

There’s no doubt that I owe a personal debt of gratitude to Kit. Part of the reason that Scotland, and the work of Zero Waste Scotland, is so widely praised is because of the policy progression which can be traced back to Kit’s involvement in Scottish Government’s Zero Waste Think Tank in 2007. This was a group in which he always strived to push the big ideas.

One line I used in my lecture address was that we need to celebrate our thinkers and our doers in equal measure.

No more was that evident to me than in this past week.

On Tuesday I was in London for the launch of a new report from WRAP and the Green Alliance, offering forensic insight into the labour market implications of developing a more circular economy. The report concludes there could be 200,000 jobs to be won, and a quarter of those would help to lowering net unemployment. A great news story. But what struck me was the discussion that followed. The audience divided into those who were keen to really get under the skin of some sophisticated analysis, and others, myself included, who were asking ‘This is great, how do we make it happen?’

The next day I was back up in Glasgow to attend the launch of the Scottish Institute for Remanufacture, an international centre of excellence in Scotland based at the University of Strathclyde, which we’re helping to seed-fund for the next three years. The audience there too was a mix of academics working on really interesting research projects and business leaders who are making remanufacture a core of their operations.

The fact this is happening now in Scotland is hugely exciting. We have an opportunity to see the theory become action, with the creation of jobs and a more sustainable economy.

This all comes on the back of our own Circular Economy Scotland report commissioned from the Green Alliance with support from the Scottish Council for Development and Industry. Intended as a discussion-starter, the report starts to drill down into some of the tangible industrial and economic opportunities which exist for Scotland in moving to a circular economy. Specifically, it highlights opportunities worth hundreds of millions of pounds in key sectors such as oil and gas and food and drink.

The priority for us is to match up the ideas people with the people who can make it happen, and to do that we need to translate the circular economy into terms that make sense to all. If we can make it real to the decision makers, business leaders and the entrepreneurs of tomorrow we’re much more likely to get them on board and see real progress being made.

That’s our main priority at the moment in my opinion. To engage and debate not just with those who are already converted to the idea of a circular economy, but to encourage others to join us on this journey. We also need to look beyond the obvious audiences, and be prepared to look for leadership without, among the ‘disruptors’, as well as within our own spheres of influence.

Our goal is to accelerate the move and to ensure that we bring as many people along with us - so whether you’ve been sold on circular economy since it was first introduced by Walter Stahel in the 1970’s, or are reading about this concept today for the first time, start talking about it and let’s aim to make the term ‘circular economy’ mainstream.