Calls for public to protect beaches as lockdown ends

The Turning Tides Partnership and Keep Britain Tidy project LOVEmyBEACH are asking local residents and visitors to protect the coastline and prevent littering on beaches as Covid-19 restrictions begin to be lifted across England. 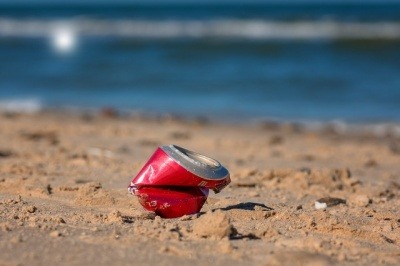 Today (29 March) marks the end of the UK Government’s stay-at-home order, with two households or groups of up to six people now allowed to meet outside.

Environmental groups are concerned that this could lead to an influx of litter around coastlines, following scenes of rubbish being littered across the North West’s beaches after restrictions were eased after the first lockdown last May.

With Easter weekend approaching, The Turning Tides Partnership and LOVEmyBEACH are asking visitors to England’s beaches to ‘be a good egg’ and make sure they take all litter home.

The environmental groups are asking people to take a bag to the beach to collect all rubbish in and then dispose of it in a bin or take it home and not leave it next to a full bin.

They are also advising visitors to not have BBQs on the beach, as they can cause fires and harm ecosystems and wildlife.

Zephie Begolo, Campaign Manager for LOVEmyBEACH, commented: "More people than ever came to the coast last year, but this also meant more litter.

“This not only makes the beach less appealing and safe for visitors, but it also causes harm to the delicate ecosystems along the coast and the wildlife that inhabit them. People can take simple steps to help prevent this environmental damage."

Estimates suggest that plastic waste alone kills over a million seabirds every year, along with 100,000 sea mammals, turtles and fish every year, with the majority of this waste coming from inland.

“30 million tonnes of litter is dropped in the UK every year, with some 70% of litter that ends up in the ocean coming from inland.

“It is critical that people take the steps we recommend to protect our beautiful coastline and wildlife as well as protecting the beaches so that everyone can enjoy them for generations to come."

A new app is enabling anyone in the sea to track levels of marine debris, building up a database for conservation bodies.

Beach litterers are being targeted by Brighton and Hove City Council and environmental behaviour change charity Hubbub, who together have launched a new campaign, #Streetsahead, aiming to stop people from littering on the beaches and prevent marine plastic pollution.

Cheap seaside items are creating a #WaveofWaste on our beaches

Keep Britain Tidy has unveiled a dress made from bodyboards dumped on Cornwall’s beaches, aiming to raise awareness of the waste created by cheap disposable items.

The award recognises innovation in tackling consumer waste and ocean plastic through the partnership of consumer giant Proctor & Gamble and recycling and waste companies TerraCycle and SUEZ.

Valpak and RECOUP partner to boost recycling knowledge in schools